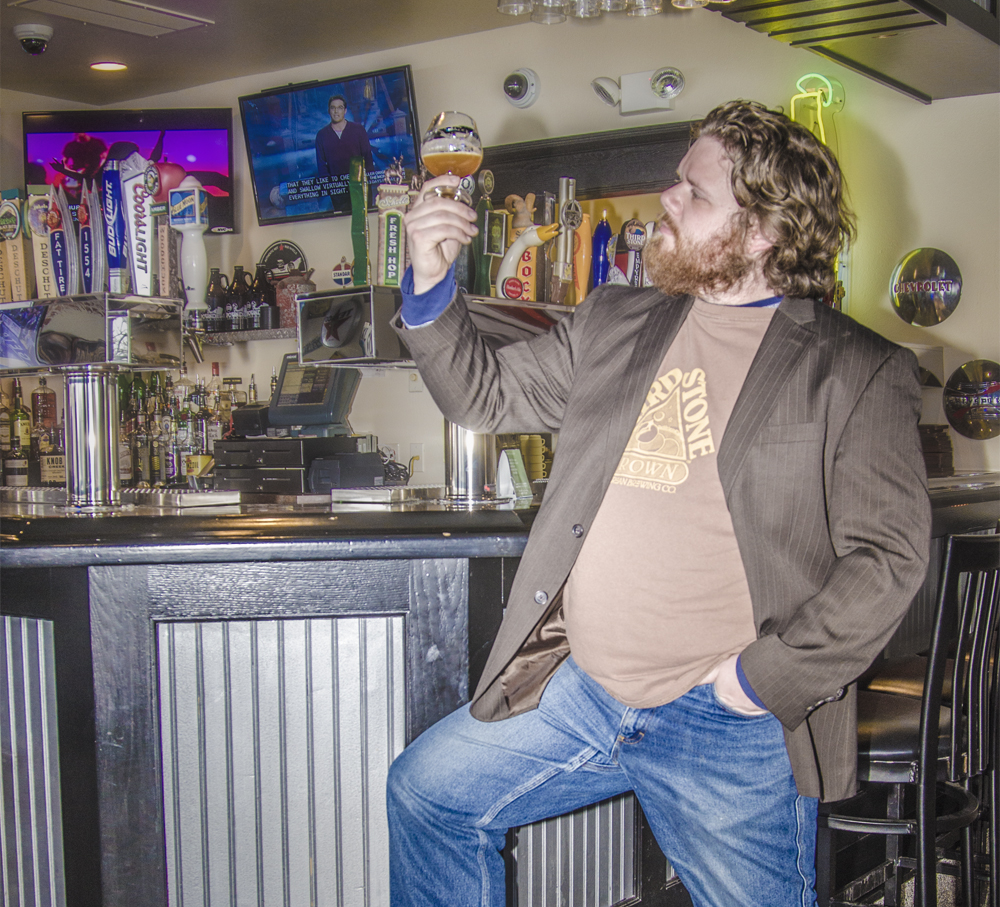 Brodie Mueller, local sales rep for Global Distributing, a grassroots craft and import beer distributor based out of Sioux Falls, really loves his beer. So when his wife’s new job at Sanford caused them to relocate to Aberdeen, finding a way to make his love for craft and import beer into a career was a logical step. “I knew the owner of Global Distributing, Byron Schafersman, when my wife and I used to live in Sioux Falls. When we moved back to South Dakota, from St. Louis, MO, I called him up and asked if he needed a distributor in Aberdeen, as I thought it would be an awesome place to sell beer,” says Brodie.

Brodie’s day job is selling high quality craft beer such as Empyrean, Lucky Bucket, Grand Teton and North Coast, but his real passion lies in the opportunity his job gives him to offer beer samplings and education on the craft. “This is why I do what I do. I sell craft beer, so that I can have some place to go drink craft beer, and so that I can help other people experience new beers they haven’t tried before.” Brodie believes that a better understanding of a beer’s flavor and origin makes drinking it a richer experience. This was the motivation behind Brodie starting a “Beer School” at Pounders Pub & Grub every Monday night.