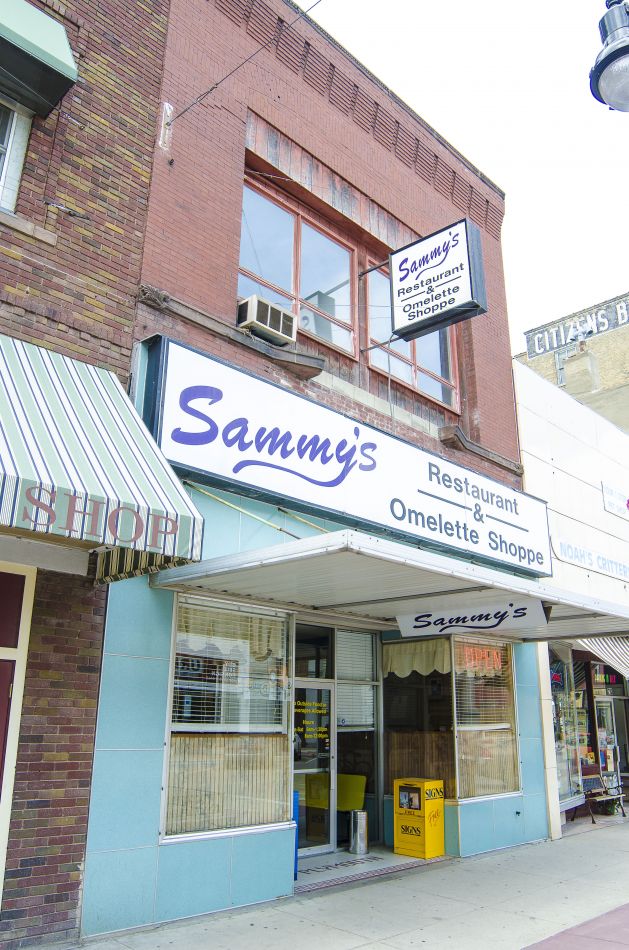 And no one goes home hungry.

Sammy’s Omelette Shoppe has been a part of the Downtown Aberdeen scene since January 5th, 2000. Owners and Aberdeen natives Len and Emma Scherr decided to start the restaurant after Len left the printing business. “We thought it would be easy to open our own business,” said Len. “Boy, were we in for a surprise. It’s not as easy as you think.” They decided to name their new restaurant “Sammy’s” after their daughter Samantha, who was ten years old at the time. Through all the hard work, Len and Emma have enjoyed satisfying customers with their simple matter-of-fact philosophy, “People should be able to get full without spending a lot of money.”

During the week, Sammy’s Omelette Shoppe is a quiet little mom and pop cafe, but all that changes when the weekend rolls around. Then crowds pack the tiny food joint with over 200 patrons, and the busiest time of year is right around the corner. During hunting season, Sammy’s is the hot spot for a hearty meal fit for a vigorous day of sportsmanship. Hunters from around the country remember fondly the experience they had at Sammy’s, and they capture it by purchasing Sammy’s souvenir mug. “We’ve sold over three thousand of these cups already,” says Len, as he proudly holds up the shiny blue mug. The mugs have traveled across the nation, “from New York to Florida to California.”

The desire to run a downtown omelette shop was in Emma’s blood. Her mother, Vivian Melcher, used to run the old downtown restaurant known as The Eagles Nest. The Eagles Nest, which featured breakfast foods such as the omelette, and other café-style items, was the inspiration for Sammy’s menu. When Len and Emma opened Sammy’s, they brought Vivian over to help run it, creating an instant recipe for success.
Sammy’s is unique in that it holds true to that feeling of a small town country café although it’s in the middle of a growing city. The mixture of satisfying, affordable food and a casual atmosphere makes for an enjoyable experience. Sammy’s is definitely a must-stop for both locals and visitors alike. //