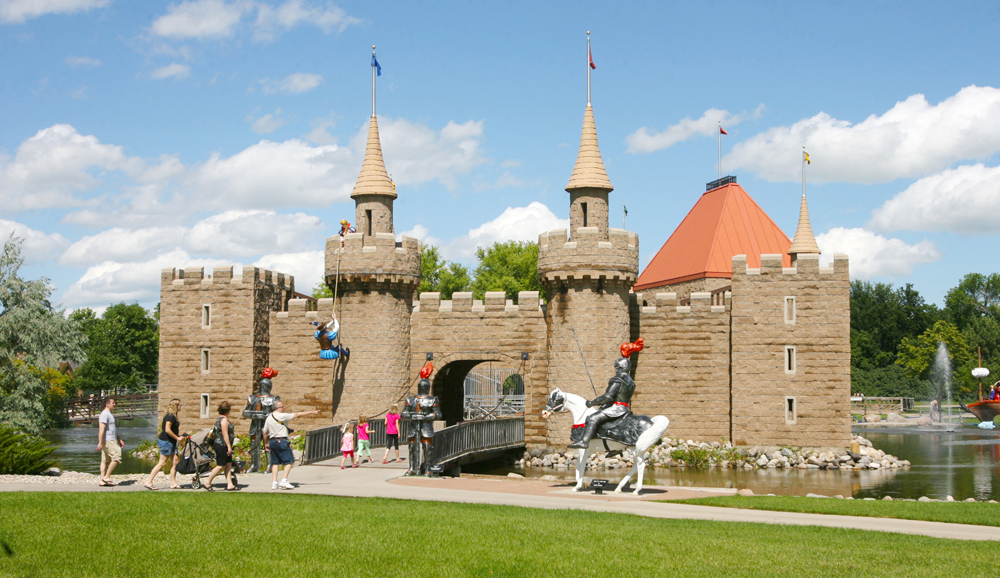 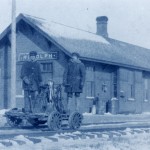 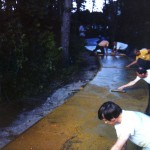 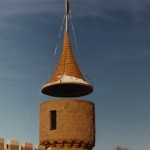 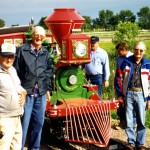 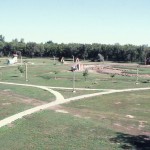 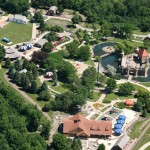 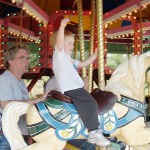 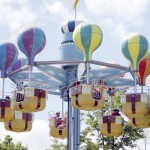 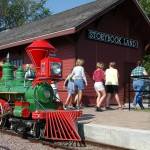 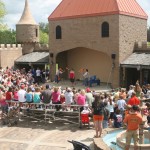 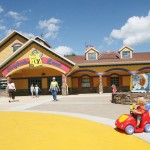 For many fairy tales have always seemed real.

With each tale greater than the one before, it seems as though somewhere long ago and far away, it all really happened. The creators of those tales wove magic between the lines of text, making the characters and their stories jump off the page and letting our imagination run wild with the impossible. In Aberdeen, there is a place where these children’s classics really have come to life. This place is Storybook Land and Land of Oz, the theme park located in Aberdeen’s Wylie Park.

THE HISTORY BEHIND THE MAGIC

The idea for Storybook Land originally began in 1969 as a tribute to former Aberdonian L. Frank Baum, who wrote the famous The Wonderful Wizard of Oz children’s book series, which became the classic film The Wizard of Oz. The Land of Oz park was to be created within Wyle Park and showcase Baum’s talents.

As years went by and little progress was made, the focus shifted to a park that would not only include a Land of Oz, but also bring to life classic fairy tales. During that time, the Sertoma Club adopted Storybook Land as their club project.

“It really took off when the Sertoma Club got involved with it,” recalled former Aberdeen Parks and Recreation Director Don Gannon.

In 1972, a master plan for the theme park was completed, which read, “Storybook Land will be a fantasy of design, color, animation and music that will delight the young and old.”

Featuring a three-foot deep lake with an island and two streams, the plan showcased fifteen fictional characters or scenes from fairy tales along with ten figures from The Wizard of Oz that would all be located in the heart of Wylie Park.

Construction of the Storybook Land sets began in 1976, with the cost of materials for the fairy tale sets being donated or sponsored by local clubs, businesses and community members. The first set completed was the mill, which was sponsored by the Cosmopolitan Club.

Progress really took off in 1980 with the completion of 25 fairy tale sets. Many were designed and constructed by local florist Leo Weber and included sets such as Cinderella, Goldilocks and the Three Bears, and The Little Old Woman Who Lived in a Shoe.

As the park took shape, the Sertoma Club knew they were missing something. And that something was a castle.

“The potential for this thing is boundless,” said Sertoma Member Bob Gruman during an Aberdeen City Council Meeting in June of 1985, which was recorded in the American News. Bob played and continues to play a large role in the park’s development. “This is really going to put Aberdeen on the map,” added Bob.

And how right he was. The castle has become the identity of Aberdeen. From the patches police officers wear on their arm to the city entrance signs, it’s an image that defines Aberdeen and has helped Storybook Land become a huge draw for tourists.

“The castle was probably the big challenge early on,” says Sertoma Member and Aberdeen Parks and Recreation Department Director Doug Johnson. But the introduction of the Storybook Land castle opened up so many doors for additional program options at the park, that it made it all well worth it.

The castle was the turning point for the park. Following the castle, Land of Oz development took off and many great additions including the train and depot, carousel, balloon ride and most recently, the visitor center, were completed through the dedication of the Sertoma Club and Aberdeen Parks and Recreation.

“The fun part is it’s been a gradual growth,” says Doug. “You tend to appreciate it more when you’ve worked over so many years and seen it grow.” “It didn’t happen overnight. It took 41 years,” says Sertoman Tom Agnitsch. “And it’s amazing.”

As Storybook Land stands today, the meticulous grounds hold over 60 fairy tale sets children and adults can enjoy. And the best part—it’s all free.

“Every weekend we go out there,” shares Ricky Rhea, Aberdeen community member, “The carousel ride and train ride are the two favorites of my family.”

One Aberdeen grandmother says on a hot summer day her grandson even prefers Storybook Land to swimming, “I told my 5-year-old grandson this summer we could go to the waterpark, and he said, ‘I like Storybook Land better than the waterpark.’ It’s just a very nice place.”

Each season there are about 230,000 to 240,000 visitors that visit this magical place, and it’s not just Aberdeen residents. “If we get company I make sure to take people from out of town there. I love it,” says local resident Irene Kaiser, “It’s the best thing Aberdeen ever did.”

Former Aberdeen resident Tricia Wahlberg, who now lives in Grand Forks, N.D., has also made sure friends make the trip down from North Dakota to visit Storybook Land and Land of Oz. “I moved away in ’93, and every time we come down we go to Storybook Land,” shares Tricia. “I grew up going there, I was about thirteen when they started building. Watching it get bigger over the years has been amazing. You can take a ride on the carousel and train for a buck.

You can’t beat that.” She adds, “The other great part is my dad’s friend helped build the rainbow, so a piece of him will always be there.”

Through community support, Storybook Land and Land of Oz have become part of several Aberdeen residents’ lives in one way or another. Whether memorializing a loved one through a brick or bench donation, or helping construct a set, there are many ways it touches the lives of this community.

“I took pictures of my daughter at every nursery rhyme and made a scrapbook for her for her birthday,” recounts Teresa Lewis. “She loves the Land of Oz. We just went on the balloon ride and that was fun.” “I think the rides and activities add an important piece to the park,” explains Doug Johnson. “When we look to the future we want to continue adding.” The Sertoma Club is working on doing just that.

As early as next summer, Storybook Land could house a Family Gravity Coaster – a ride 260-feet long with six cars that can hold up to twelve adults and children – thanks to the Sertoma Club’s fundraising efforts. Change does not stop there.

Updates to the park, such as adding shade in the castle performance and sitting areas, replacing walking bridges, expanding sidewalks and adding wayfinding signs, will also take place. With 40 years of memories, and a bright future in sight, Storybook Land is sure to be a beloved source of pride in the Aberdeen Community for generations to come.