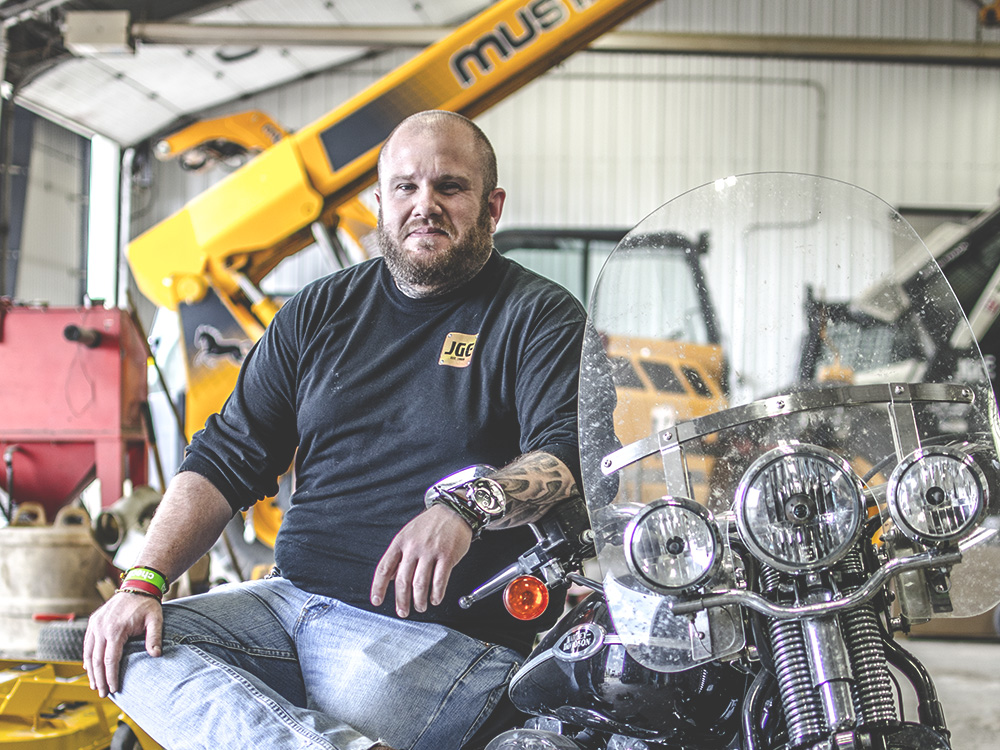 When you meet Josh Gross, of J. Gross Equipment, ‘CEO’ might not be your first impression. In fact, he seems like he’d be more at home on a Harley than in a boardroom. Yet, behind the unconventional exterior lies the mind of a savvy businessman and entrepreneur and the heart of a philanthropist (and yes, he also owns a Harley).

Josh started working for his dad at JGE in college. As he began to see ways to improve the business, he decided to get more involved. “I felt like I had the ability and the knowledge to push it farther, and I wanted to do that sooner rather than later,” Josh recalls. As the business grew, he assumed the primary leadership role at the company. Josh now co-owns or manages five different companies, including JGE, JGE rentals, and North 40 – a newly founded seed and chemical company.

Josh credits his dad for challenging him to use his imagination both to solve problems and to make a positive impact on the world. JGE has always made an effort to donate to local charities and fundraisers, but Josh wanted to do something bigger. Inspired by an idea from one of his employees, this June JGE Rental allowed customers to pay their rental bill of $65 or less with a donation of either non-perishable food, new or used clothing, or pet food. Items collected were then matched by JGE Rental and donated to local charities. JGE Rental is also raising money for Make-A-Wish through rental of compact equipment branded with Make-A-Wish colors. Josh hopes to inspire other business owners through his example.

When not managing his businesses or working with nonprofits, Josh can often be found riding his 2006 Heritage Springer. “It’s like an old school retro throwback type of bike. Kind of fits my style I think.”