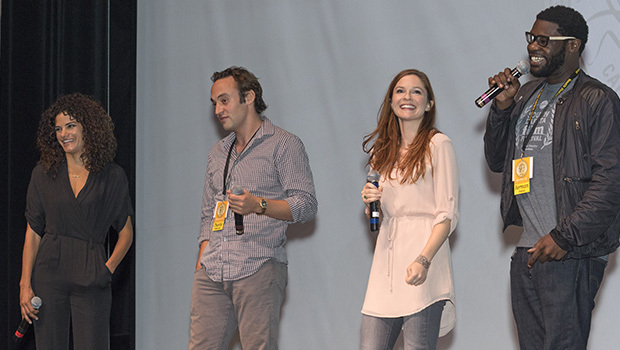 Published on December 22nd, 2014 | by AberdeenMagazine

The Eighth Annual South Dakota Film Festival was once again a shining success! Filmmakers from all over the country descended on the Capitol Theatre September 24-28, for five days of movies, parties and a darned good time. Up-and-coming celebrities mingled with the crowds and posed for pictures. This year’s festival started on Wednesday night with a slate of films targeted at hunters and outdoors people. The Festival concluded Sunday with a day of family fun movies. In all, 78 movies were selected and shown from over 300 entries. The South Dakota Film Festival began in 2007 as a way to shine some light on the South Dakota moviemaking landscape. It has been generously supported by South Dakota Tourism, Capitol Cinema, and hundreds of area sponsors since then. Mark you calendar for next year’s festival; September 23-27, 2015.