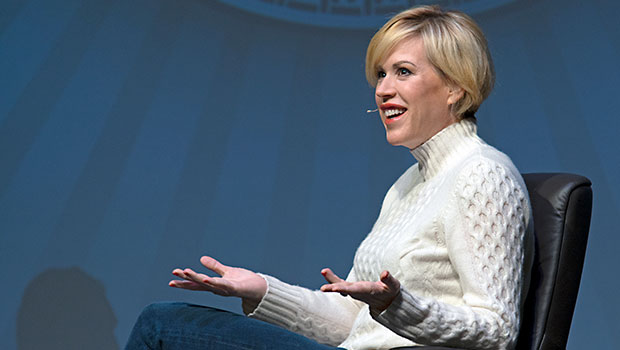 You may be accustomed to only hearing about the South Dakota Film Festival in the fall, but this January, organizers decided to shake it up. Local film experts and festival producers, Tom Black and Brent Brandt, hosted a different type of event, welcoming actress-musician Molly Ringwald to Aberdeen.

Efforts had previously been in the works to have Ms. Ringwald attend the 2014 SDFF in September. Projecting a sold-out attendance for a Molly-centric event, festival producers decided to forego her inclusion in the festival. Instead, they created a special event just for her.

“We wanted to host this event because, when you think of iconic actresses, you can’t talk about the 1980s without talking about Molly Ringwald,” explained festival producer Brent Brandt. “The Breakfast Club, Sixteen Candles, Pretty in Pink – these are now considered classics to people who love 80s movies, and they have the common thread of one strong actress. So we wanted to bring her to Aberdeen.”

And they packed the house.

On January 31, 2015, a sold-out event welcomed 450-attendees who watched The Breakfast Club on the big screen at the Capitol Theatre. In addition, they were able to bid on autographed memorabilia and attend a Q&A with Ms. Ringwald regarding her life and career. Later, attendees could purchase an autographed CD of her recent jazz album, and event sponsors were treated to a post-event photo session with the actress-musician.

While in town, Ms. Ringwald and her husband, Panio Gianopoulos, ventured out to Minerva’s, and true-to-form, hospitable Aberdeen folks sitting beside the lovely couple graciously treated them to dinner. It was an exciting night in the Hub City.

All proceeds from the event and auction help support ongoing restoration and renovations of Aberdeen Community Theatre. 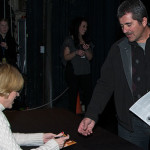 1 Rod Tobin gets his CD autographed and chats with Molly. 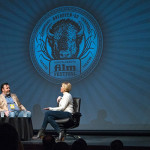 Brent Brandt and Tom Black interviewed Molly for about an hour and a half. 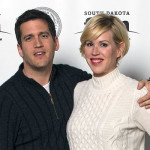 Panio Gianopoulos, Molly’s husband, poses with her at the logo wall. 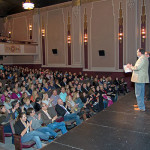