A few issues back, we reported Klein’s Hobby and Crafts was closing; now JC Penney is closing. We’re not a fan of any store closing, especially one that’s been first a fixture of Aberdeen’s downtown for decades and then an anchor at the mall. Oh well; perhaps Aberdeen is in store for something different to replace the mall anchor. And everybody likes new things.

J.C. Penney, the man named James Cash Penney, opened his first store in Kemmerer, WY in 1902. It was called the Golden Rule Store, and it differed from most stores in its time in that Penney actually put specific prices on products rather than encouraging cutthroat haggling for every purchase, which was the norm at the time. He favored small towns rather than metropolises, because he felt he understood small town folk and could therefore better provide for their retail needs.

Aberdeen’s first JC Penney store opened in 1924 at 419 S. Main Street. Within a year, it built a new building on the corner of Third and Main, and then later moved over to the north “tower” of the Sherman Hotel, before once again moving into another brand new building in 1951, at 401 S. Main, where it would remain for nearly four decades.

Many do not realize that the 1951 location was built as a stand-alone building, because just one short year later, an addition was built onto it and FW Woolworth moved right in. Both the buildings built for the stores (at 301 and 401) were excellent examples of modern architecture at the time. Fortunately we still have both buildings, occupied by long-standing, successful businesses. The building that housed JC Penney and Woolworth was known as the Midwest Capitol Building and its second floor was home to all sorts of businesses. Today RhodesAnderson Insurance, Kathleen’s and Dacotah Bank Holdings are the main tenants.

This prime JC Penney location was built in a style reminiscent of the streamline-modern style popular in the 1930s and 40s, and was designed by St. Paul architect Kenneth M. Fullerton, who also designed the Capitol Building in 1925. The building received a facelift in the 1970s, apparently to modernize and reduce the number of picture windows.

JC Penney left downtown for good in 1990 when it relocated to the Lakewood Mall. Aberdeen has appreciated this retail fixture of the community for many years. So long JC Penney – you’ll always be welcomed back!

JC Penney in Aberdeen South Dakota will be missed. 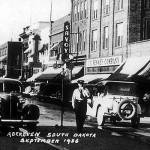 B. This picture from 1936 shows JC Penny in its Sherman Hotel location located at 215-217 S. Main. This is the current site of the Sherman Apartments. 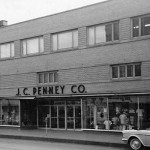 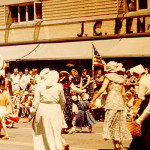 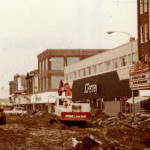 E. JC Penny can be seen in the background sporting its new façade in 1978. Main Street was undergoing a major renovation that resulted in the current day diagonal parking, and one-way traffic. 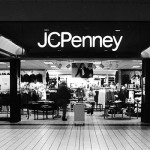 F. In 1990 JC Penny relocated to the newly built Lakewood Mall. This is its final resting place. 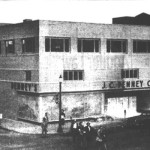 G. This picture is from a 1951 edition of the American News. It is unique in that it shows the building built as a stand-alone building without Woolworths beside it. Woolworths was built a year latter.