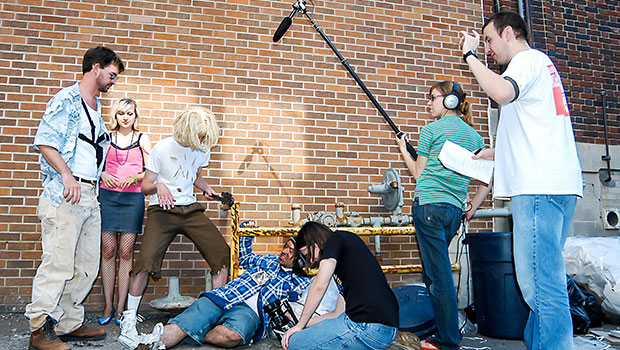 At some point in time, you’ve probably thought, I have a great idea for a movie! And this friendly competition is the perfect opportunity to stretch your creativity and move past the procrastination hump.

Each year, roughly 15 filmmaking teams are challenged to create a short film from scratch in the confines of just two days. And to make sure nobody starts ahead of time, participants meet at the Red Rooster Coffee House on Friday evening to pick their film genre (out of a hat) and to learn which prop, character, and line of dialogue they must include.

Then, after two days, several energy drinks, and very little sleep, the films are screened before a live audience on a Sunday evening at the Capitol Theater in historic downtown Aberdeen.

The upcoming 2015 Fischgaard on May 1-3, will mark Aberdeen’s 11th competition. Tom Black has been a Fischgaard organizer from day one, and he has watched the project evolve and improve over the years.

“I think the overall quality of the films has gotten very good,” says Black. “Aberdeen has several talented independent filmmakers that are up to the challenge.”

Are you up to the challenge?