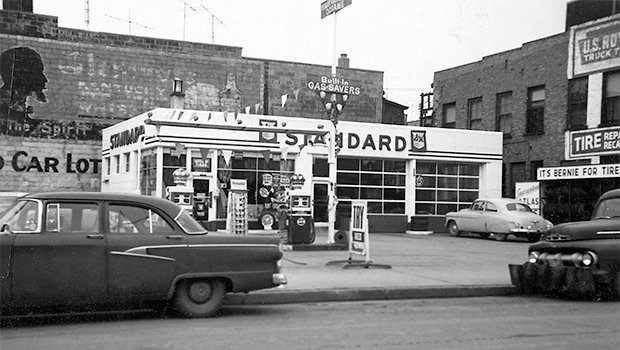 Downtown Gas Stations a Thing of the Past

When was the last time you filled your gas tank downtown? Gas stations downtown? Seems hard to believe, but there were many at one point primarily on Lincoln and First streets. In fact, prior to the Auto Plaza and the eastern Aberdeen retail expansion, downtown was the place to go for everything auto-related. Every make and model of cars and trucks could be found here as well as all the big brands of gasoline. Auto brands such as DeSoto, Durant’s Star Cars, Plymouth, Cadillac, Fiat, Valiant, Rambler, all had downtown locations. Fueling could be had at Mobil, Standard Oil, Cities Service, Midwest Oil, among others. You could buy tires at a couple locations, and nearly all gas stations had service bays for repairs. Why no gas stations now? Probably because downtown streets are not high-traffic areas. Over the years, many were removed for parking lots as Aberdeen’s downtown boomed into the 1970s. How many of these gas stations can you picture in your mind? // 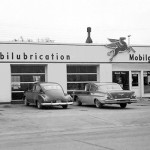 This Mobil station used to be at 219 S. Lincoln. This would have been the east side of the street, and the Public Safety Building and Travel Leaders now occupy this location. 1959, Brown County Auditor’s Office. 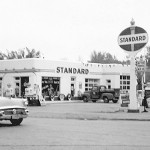 Just on the fringe of downtown, this Standard station could be found on the northeast corner of 6th Avenue and Lincoln Street. It is now the parking lot of Smiles Solutions. 1959, Brown County Auditor’s Office. 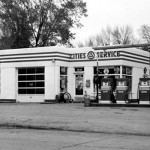 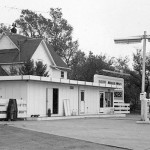 Who can forget the odd set up at the original M&H at 2nd and 6th Avenue? Remember when green stamp merchandise was displayed in glass cabinets along side the pumps? 1959, Brown County Auditor’s Office. 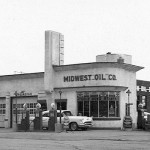 A few blocks east of downtown, this Midwest Oil station is an awesome example of Art Deco or Streamline Moderne architecture. And the building can still be found on the corner of Kline and Railroad. 1959, Brown County Auditor’s Office.