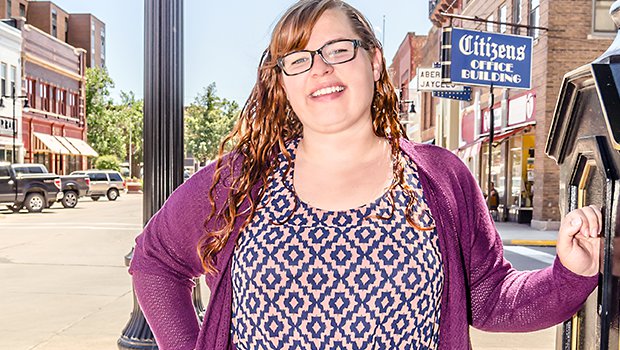 The Start of Something Great in Aberdeen

Susan Sontag once said, “I haven’t been everywhere, but it’s on my list.” It’s a quote that has given Liz Hannum the spirit of adventure that has been with her throughout her life, which she hopes to impart on the people of Aberdeen.

Liz Hannum began traveling early on in her life, with family trips to London and a semester in Spain during high school. “I love working with people of other cultures and putting myself outside of my comfort zone.”

Since then her life has been what some would call nomadic, living and working in over 70 different countries to date, from her community development work in Peru, to working with refugees in Thailand. An avid life learner, Liz sees each place she visits as a chance to find out something new about the world. But it’s not all tours and sightseeing, each destination is a work opportunity.

“Vacation isn’t really a thing that I do, I like to work wherever I am… I just feel more connected to the place if I’m doing something good for the people.”

After spending some time in Kenya (where she arrived initially to attend a friend’s wedding, which turned into working for a women’s entrepreneur group), she finally decided that it was time to return to the States. In order to help others achieve the same experience she had, she decided to work with a university study abroad program. When she discovered that Northern had a job available as both the Coordinator for Center of Excellence and International Business and Entrepreneurship and Coordinator for the Study Abroad program, it seemed like the perfect match to her skills.

In addition to her two university jobs, Liz also fills her time with StartHub, a group that seeks to promote entrepreneurship and local business to community members as well as graduating students who would otherwise move on from Aberdeen. Since it started in September of last year, StartHub has grown significantly with more and more people seeking to get involved.

Liz remarks, “It has been slow going, but I think it has been really successful in helping the [local] businesses that are kind of in  fledgling stages to grow.” In fact, the owners of The Brass Kettle, Brandon Johnson and Nick Howell, were one of the first speakers at StartHub. They not only got some useful tips but also were able to network significantly. They were able to make a connection with someone who knew a funding source and later organize a site visit. They aren’t the only success story however; StartHub has also helped a local engineer find a market for his creation, Ski Bikes (which are, oddly enough, bikes with skis instead of wheels), as well as a gun safety teacher from the University of Sparta who found more customers through a bachelorette program at the bridal show.

“There are some really cool ideas that get thrown around and they seem ridiculous at the time, but they could really work.” //

If you or someone you know is interested in getting involved in StartHub, you can e-mail Liz at Liz.Hannum@northern.edu.