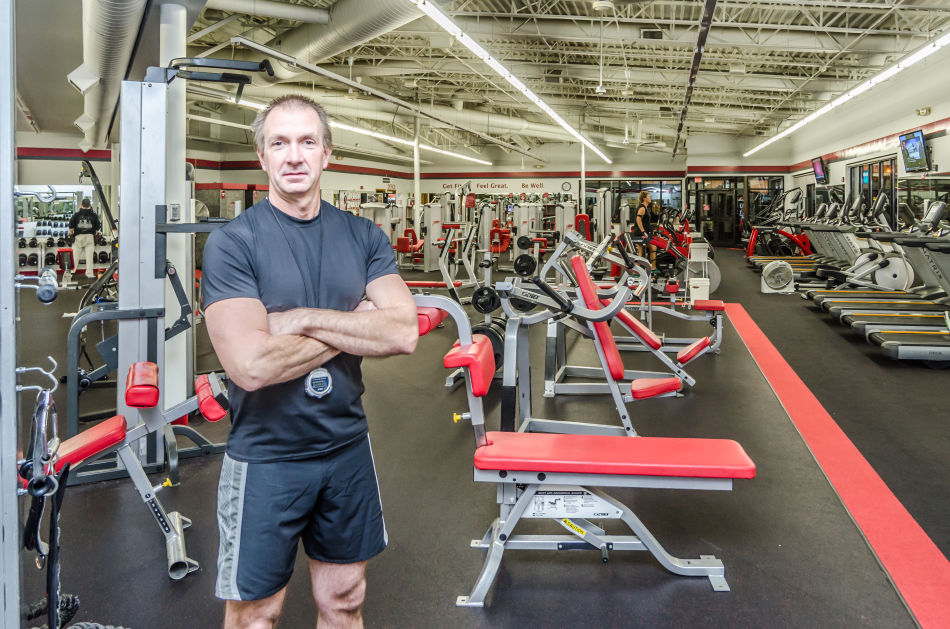 Keeping You Fit, Bit by Bit

Brian Shishnia started working as a personal trainer at Snap Fitness here in Aberdeen about eight years ago. Before that he was always looking for a challenge. Whether it was biking, rock climbing or even karate at an earlier age, Brian, was always looking to keep his body guessing at what will happen next.

Then Shishnia ran across the idea of becoming a personal trainer and fell in love with the concept. And after eight years, he is still going strong.

Brian has trained people of all ages from 12-year-olds to people in their mid 70’s. He even volunteers to work with the Special Olympics program. He became a certified coach to train Special Olympics athletes five years ago and has received immeasurable positive personal rewards from helping others in the community.

His athletes in Special Olympics had a great year in which they swept the gold medals down in Brookings during the state games this past season.

“Working with special needs kids is great, because they are always motivated to get better each time they come out and practice,” said Shishnia.

Having lifted for over 25 years consistently, Brian has heard plenty of comments towards himself and athletes that if someone is bigger they are automatically placed in the category of strong. Laying those words to rest he simply replies: “It isn’t how big you are. It’s all in how you train.” For example, Josh Johnson, one of Shishnia’s Special Olympics lifters, can deadlift 355 lbs at a body weight of just 135 lbs. Even when asking adults a simple question like what is the most important exercise a person can do, many reply with walking. Which isn’t wrong, but equally important to walking is strength building. “A lot of people in their 70’s can walk, but many have a hard time getting out of a chair,” says Shishnia. That transfer is a limiting factor for most people going into nursing homes.

When talking about people coming into Snap Fitness during the holiday season there are plenty of people that stop in and want to lose weight, but soon stop showing up. Shishnia says that if most of those people would sign up for a program and work with him for a couple of weeks, see the results, they would more than likely continue to workout, finding it easier to come in each day.

“It’s all about accountability. When people miss out on a session and are new to working out, sometimes they think they can go in anyways and try new lifts. Often they can hurt themselves. Putting them out for a couple weeks and even further behind,” said Shishnia.

For himself and others, the two biggest things to keep in mind throughout the years is consistency and surprising your body. “You have to keep coming back to the gym, but you can’t just keep doing the same thing each time you go to work out, because your body will adapt to that work out and it will have less of an effect each time.” Brian calls it progressive overload, which challenges your system each time you go out. By challenging your system with both cardiovascular training and in strength training you can keep a well-rounded and healthy body.

If you’re looking to make a change, or maybe you want to get back into the swing of things, you can find Brian Shishnia at Snap Fitness on 6th Ave. // –Andy Hansen