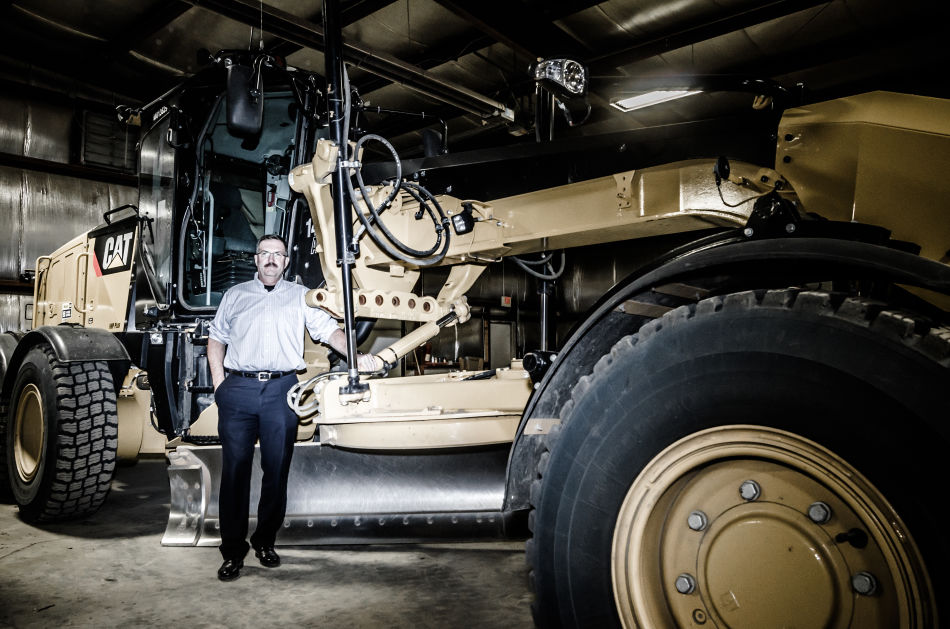 If you take a tour around Aberdeen’s Public Works department, you quickly get the sense that our city is ready for anything, be it a flood, a snowstorm, a disaster, or a water main break. Rarely does the public see this “backstage” to our community. But more people should, as it provides an insight to our tax dollars at work.

City Engineer, Robin Bobzien over sees the entire public works department. And he’s pretty good at it as he’s been at the helm since 1994. “If I had to,” he states, “I can operate much of the equipment we have here,” Bobzien says standing in front of one of the seven road graders used for snow removal. “Operating one of these is not easy.”

The city’s public works department is located in the Southwest portion of town on Third Avenue SW. Several galvanized colored utility buildings serve as offices, storage, garages and workshops. Each building serves a particular facet of the public works. There’s the water meter building, the street department building, and the salt barn to name a few. Aberdeen purchases a lot of salt in preparation for icy winter roads. Maintaining our roads is a priority, with 38 percent of the annual public works budget going towards it.

All around the buildings pallets and stacks of surplus parts and equipment are lined up, ready for use including manhole covers, fire hydrants, pipes, barricades, and fittings. There is a bit of historic charm among the facility, but the service and equipment found there is nothing short of modern. Of course a team of dedicated city employees are ready at a moments notice to hop in the road graders, dump trucks and snow blowers to clear a path through the snow. The buildings may not be pretty, but they get the job done. // –Troy McQuillen