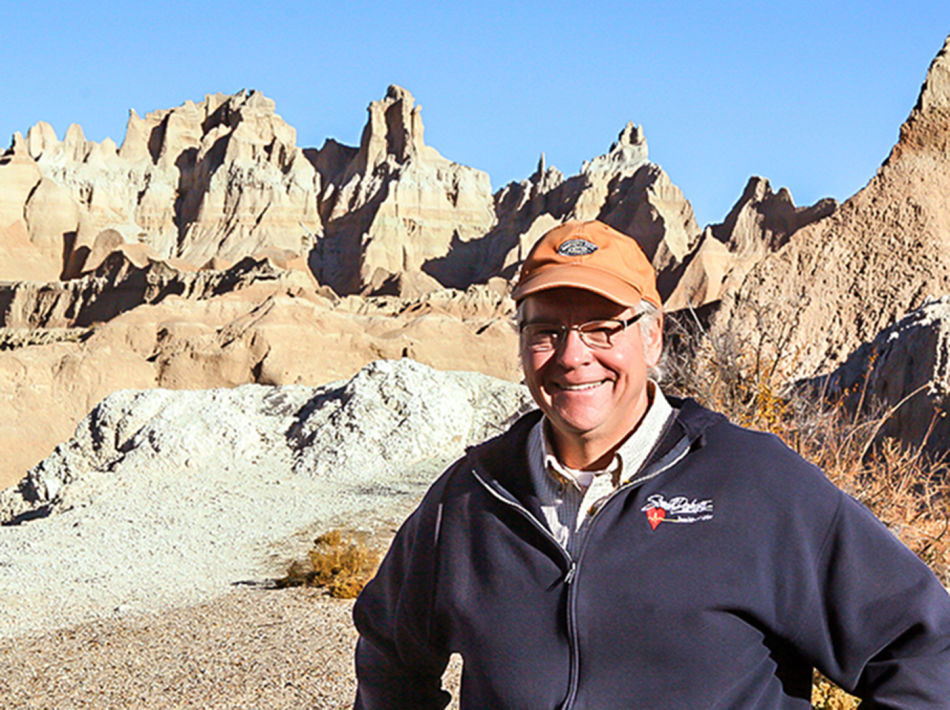 Bringing Heart to the Landscape

For longtime artist Peter Kilian, South Dakota’s landscape is more than just a pretty thing to look at — it is an ever-changing timepiece that is inextricably linked with mankind’s impact upon it.

Nature has been a huge inspiration for Peter ever since he began pursuing art as a career in his teens. He studied art at Augustana College in Sioux Falls, and obtained his MFA in Painting from the University of California at Santa Barbara. Thirty-five years later, he is still going strong.

Throughout his extensive career, Peter has dabbled in a variety of different styles such as surrealism, abstraction and even performance art. However, he identifies his current artwork most closely with 19th and early 20th century landscape painting, “most notably the American schools such as the Hudson River Painters, Luminism and Tonalism,” he explained. He also cites the 19th century French Academic Schools and the impressionist movement as important inspirations.

As a true jack-of-all-trades, Peter has experimented with all forms of media throughout his career. Since he identifies most strongly as a painter, he prefers oil and watercolor, but his choice of medium can change depending on his goal. “The medium I work in is always determined by the problem I’m trying to solve,” he said. “So acrylic, pastel and mixed media lie in the wings.”

Although Peter primarily identifies as a painter, he also specializes in Lithographic and Intaglio Printmaking methods. But regardless of what medium he is working in, he always traces his success back to one core skill: drawing. “It is at the heart of everything I do,” he said.

For the majority of his career, Peter has kept landscapes as his central focus. When painting, he observes not only the land in front of him, but his emotional response to it and the impact humanity has had upon it as well. These paintings often contain a secondary title that forces the viewer to think about human-impact issues such as the poaching of wildlife.

In addition to his artwork, Peter currently teaches drawing, painting and printmaking for the Northern State University art department. In the classroom, his own artistic methods deeply influence the way he teaches. “My studio practice guides and informs my teaching,” he explains. “I strongly believe that the best art teachers are also very good artists — it cannot be any other way.” // –Becca Simon