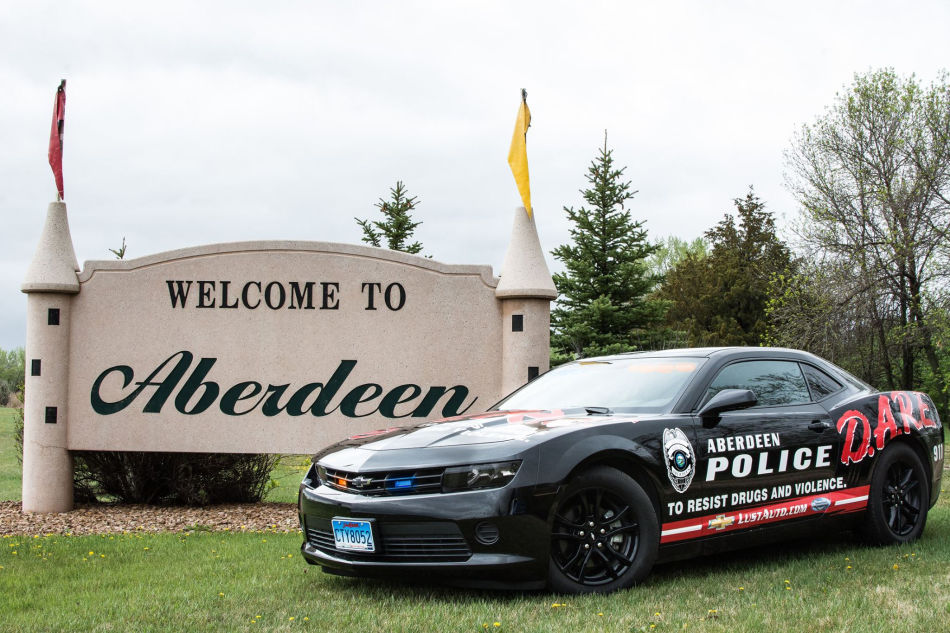 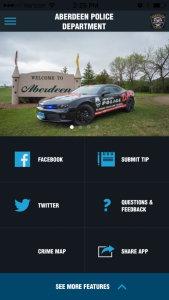 Apple’s trademarked slogan, “There’s an app for that,” seems to be hitting the nail right on the head as we enter into the year 2016. It really does seem like there’s an app for just about anything you could want.

As more and more people are attached to their phones, developers in the technology world are catering to just about any group of people you can think of.

That’s why it should come as no shock there is now an app for the Aberdeen Police Department called MyPD.

“Our primary goal is to connect with a younger audience,” said Captain Eric Duven, who has served the Aberdeen Police Department for over 21 years. “Although, there are features on the app that should appeal to just about anybody.”

Utilized to target middle school and high school students, ages 13 to 17, the free app is entering its fourth month in the community. School Resource Officers have been visiting classrooms in the Aberdeen Community School District to make students aware of the app and its benefits.

There have been over 1,000 downloads so far with users taking advantage of the 40 features the app boasts.

“We’ve been receiving many tips,” shared Duven. “People have been sending tips and pictures if they see something suspicious.”

Duven added most of the tips coming in have been drug related. Tips can be submitted anonymously and are emailed right to the department in charge of that type of crime. The APD has also been utilizing its Facebook page as well for help in identifying suspects through videos and photos.

“Obviously in this day and age, some people are more comfortable reaching out to us without doing it face-to-face so we wanted to make that available,” explained Duven. “Social media has definitely made us more effective. Before we had a picture of a suspect but no way to start our investigation.”

“If this gives us a way to help solve a case, why not take advantage of it,” added Duven.

Along with tips and photos, app users can also submit GPS coordinates to the officers. Other features of the app include a crime map that shows you where and what type of crime is being committed in Aberdeen, as well as links to the sex offender registry, Twitter and Facebook, Amber Alert and South Dakota’s statewide missing persons website, along with much more.

The app is powered by Wired Blue, which the Aberdeen Police Departments pays $700 annually for the service. Available on both Android and iPhones, the app can be downloaded through each phone’s app store for free by searching MyPD.

Like many apps, this app also has a reward system for using it. Every app user starts out as a “Rookie.” However, the more you use the app, the more your rank will increase, allowing you to earn your way to the top level badge of, “Chief.”

“There may be more features added later,” shared Duven.

Currently, the Aberdeen Police Department is part of a select few police departments in the state using a similar feature like the MyPD app, although it seems like a natural progression for more departments to start integrating it into their communities.

If you decide to download the app and stay connected to our heroes in blue, just remember this app does not replace 911. If you have an emergency, calling 911 is still the right move. Technology moves fast, but not that fast. // –Abby McQuillen