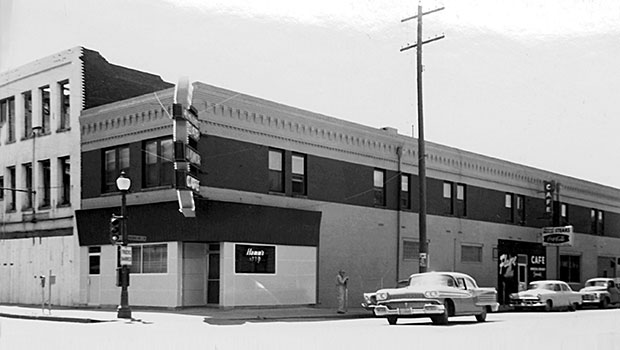 The Flame Holds a Steak in Aberdeen’s History

Aberdeen’s Historic Downtown is called that for a reason. Ever since Aberdeen landed on the map, the downtown area has been at the heart of it all. Many businesses have come and gone over the years, from retail stores to restaurants. But one of these restaurants has been here longer than any other. The Flame has been a downtown staple for over 70 years, and all of them have had one generation of Joe Fettig or another in charge.

Today, Joe W. Fettig and his brother, Rick Fettig own the Flame, but the story first began in 1944, when Joe’s grandfather bought the business when it was still called the Milwaukee Bar and Café. It wasn’t long after in 1947, when Joe’s father, Joseph Valentine Fettig, took over after returning from the army. Joe V. ran the Milwaukee for about 20 years until a fire in 1966 caused him to close down for two years in order to rebuild. After the restaurant reopened in 1968, It was renamed The Flame Restaurant and Bar.

Joe W., says that other than the necessary remodel, there really haven’t been a lot of changes over the years. They’ve gained a bit of variety in their menu, but they’re still known for their steaks and burgers. As the saying goes, if it isn’t broken, don’t fix it, and with over seven decades under their belt the Fettig family must be doing something right. However, as far as a secret to success goes, Joe says its actually a lot simpler than that.

“I would say that our quality, our pricing and that we work at being a service oriented business, those three things have been the key.” Joe says. Most would agree that being in business for 71 years in the same building, makes The Flame something of an Aberdeen landmark.