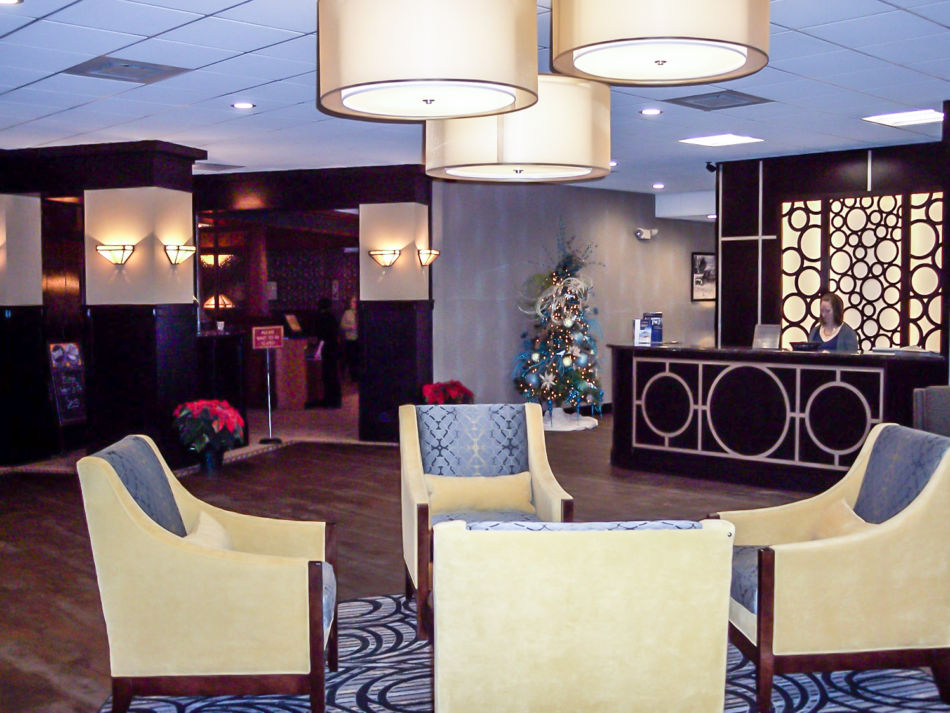 Big changes are coming to the Ramkota Hotel. The Ramkota has recently completed the second of their four-phase remodeling venture. The first phase included about 112 bathrooms, while the second phase focused on some of the commercial area including a full gut of the lobby and the addition of three business center workstations, additional Wi-Fi throughout the building, an updated fire alarm, brand new lighting fixtures, a few minor updates in Minerva’s, and a full gut of the exercise room. They also remodeled their boardroom, which will serve as a template for when they remodel the Dakota rooms in the future. In addition to the aesthetic features, the Ramkota has also updated their digital concierge, which allows guests to use the stations on the walls to view maps, menus, etc. It can also be added as an app to their mobile device.

General manager Randy Grismer says, “We wanted to make sure when we created the lobby, people would have a sense of where we’re going with the guest rooms.” The third and forth phases which are planned for the next few years will focus on the guest rooms, guest halls, hallways and exterior. // — Sean McCracken