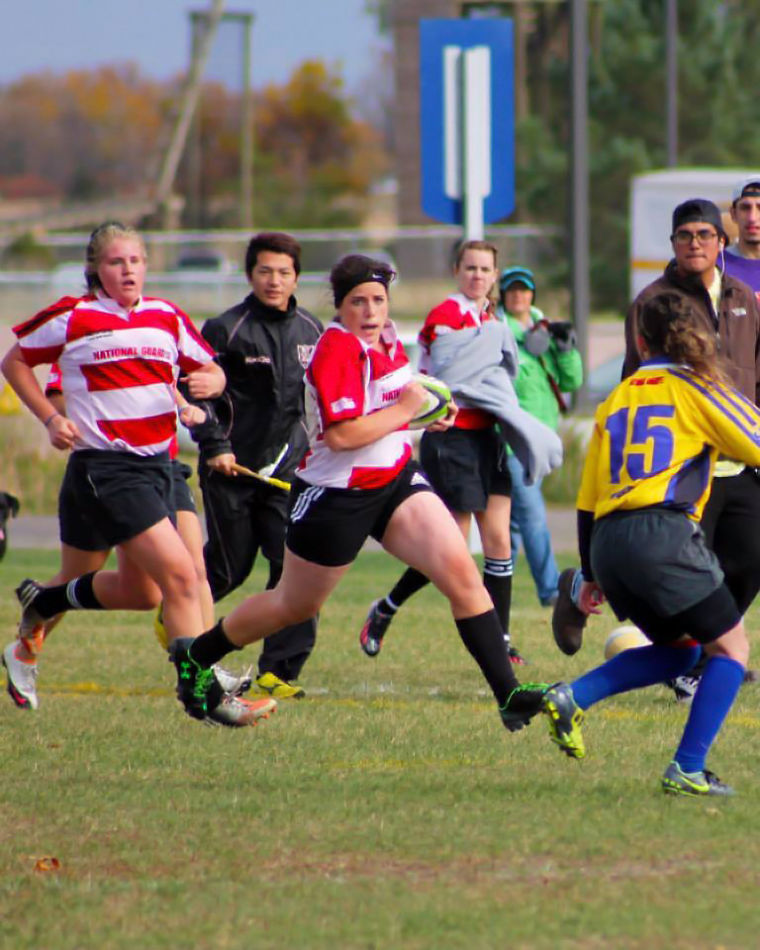 A Tough Sport and Even Tougher Players 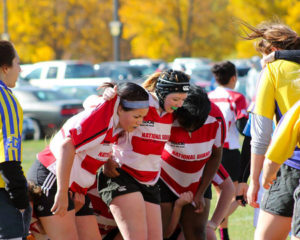 Around the world if you were to talk about Aberdeen and Rugby in the same sentence most people wouldn’t even think about our Midwest town in the United States. Rugby, originating from England in 1823, has surely crept its way into a lot of people’s lives throughout the world, and in the past few years even Aberdeen has gotten a taste of the sport via Northern State University.

Recently the uprising of Women’s Rugby has taken shape over the past three years with the help of Hannah Loefke. A once transfer from Augustana, Hannah, started the Women’s Rugby team at Northern State and is the Coach and Captain of the team.

“Women’s rugby specifically let’s our community know that ’Hey women are strong!’ It’s one of the only full contact sports for women. Women who play rugby are confident in both their bodies and in building friendships. We change on the side of the field. We don’t judge each other. Anybody with any body shape can play rugby. Each body shape/strength/etc. is valued. Several women have told me that playing rugby had made them more confident in many aspects of their life.”

As for the seasons that the team plays it is broken down into two seasons. In the Fall the women play 15 vs. 15 with 40 minute halves totaling an 80 minute game. In the Spring they play 7 vs. 7 in 14 minute games.

In a quick breakdown of how the game plays Hannah gave me this: Games are played on field called a pitch, which is a lot like a football field, but wider. The two main types of positions are forwards and backs. For a team to score a “try” which is a lot like a touchdown, a player must cross the goal line with the ball and touch the ball to the ground. You can also kick after you score, like a conversion in football, for 2 points. There is no blocking. You can only tackle the person with the ball. Anyone can tackle the ball carrier and anyone can score. Passes can only be backwards. Kicking can be in any direction. There is also a penalty box called the sin bin if you are being particularly violent. Obviously these are just the basics when it comes to the complete rules there are also penalties, scrums, mauls and rucks which is almost an entire article on it’s own. 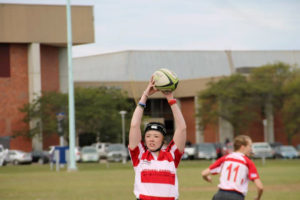 As for the equipment, it isn’t very expensive considering they don’t wear a whole lot of pads like football. The three most important things are cleats, mouthguards and rugby shorts. To play competitive Rugby you must however be CIPPed or insured with USA Rugby. That can cost around $40. Other than that they provide their own jerseys for the team.

This last season the women’s Rugby program had their first home game ever and also held their own concert fundraisers at the Red Rooster, which in response has helped raise awareness to the team around the community.

If you want to follow Hannah and the NSU Rebel Rugby program you can check them out on Facebook. There you can find out where they practice, play games and hold fundraisers. // – Andy Hansen