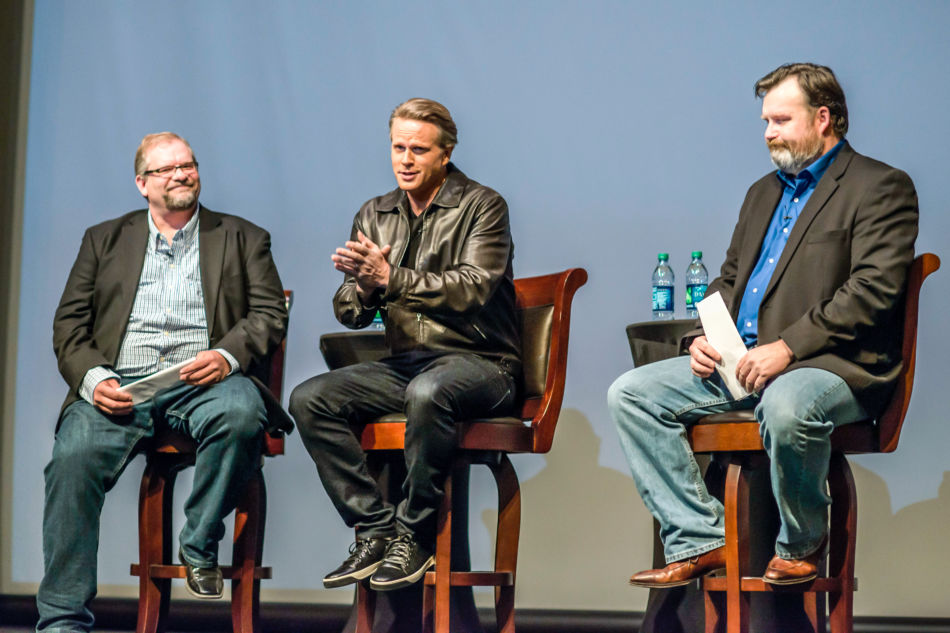 When the movie, The Princess Bride came out in 1987, it didn’t do very well at the box office. However, with the advent of VCRs and movies on VHS tapes, the movie’s popularity grew to inconceivable heights.  Calling it a cult classic doesn’t do it justice because of how ingrained it is in popular culture today. Subsequently the organizers of the South Dakota Film Festival (Brent Brandt, Tom Black, Capitol Cinema) hosted a fantastic evening at the Capitol Theater featuring the movie and one of its iconic stars, Cary Elwes. The January 30th event sold out in just 24 minutes, providing Elwes a full house (450+) and a warm Aberdeen welcome. After the movie was shown, various movie memorabilia was auctioned to raise funds for the Capitol Theatre. Elwes then took the stage and entertained the crowd for well over an hour with behind the scenes stories of the making of the film. He later signed copies of his book, As You Wish, Inconceivable Tales from the Making of The Princess Bride for 150 excited fans. // — Troy McQuillen