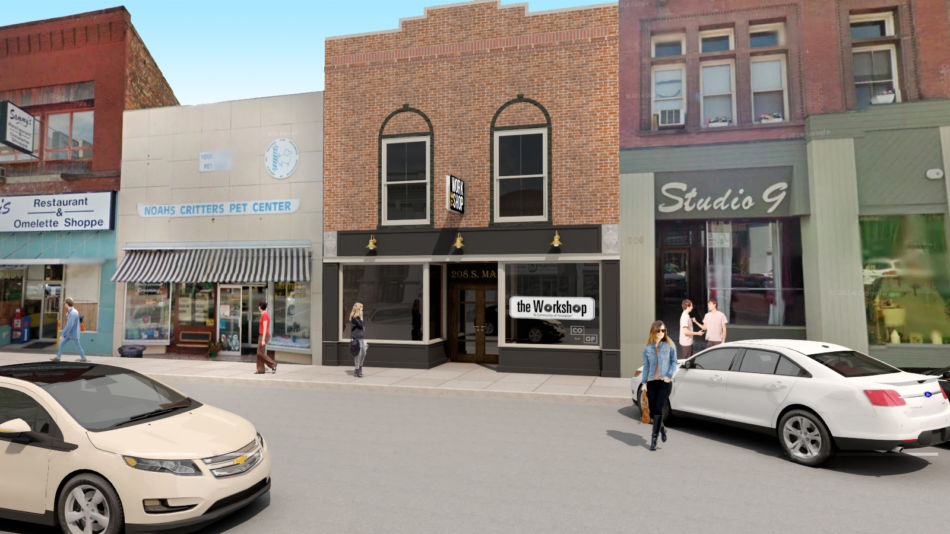 You get in your car, you pick up your friends, you argue over music, and who gets what snacks. You’re on a road trip. You drive through city after city; Chicago, Denver, Seattle, and a thousand smaller towns in between, and at each one the first thing you check out is downtown. It’s the center of it all, the face of the city. It gives you a look at the people who live there and even though you can’t stay long you feel like it was worth stopping by. Maybe you’ll come back again.

It’s no secret that if people who visit a city like it’s downtown, then the people who live there must love it. If lots of love and care is put into something, people tend to notice. And one thing’s for sure, Aberdonians love their downtown. But as much as people love downtown Aberdeen, sometimes there is only so much one can do to show it. That’s where the Downtown Aberdeen Revitalization Team (a.k.a. DART) comes in.

DART was first started in December of 2015 by a group of local business owners and civic-minded citizens who recognized the economic opportunity and appreciated the history and value of Aberdeen’s downtown area. They noticed that a number of downtown buildings were being underutilized and could use a few upgrades and design improvements, as well as productive businesses to fill them. So an organization was formed with the intention of purchasing buildings, making improvements, and eventually selling the property to another developer or business person, with the intent of revitalizing Aberdeen’s historic downtown. The goal of DART is to improve everything from retail, tourism, and economic activity to housing, culture, and general quality of life in downtown Aberdeen, all with private investment dollars.

“On our immediate DART Board right now is a banker, an attorney, and an architect, and I think we’re going to try and make sure [potential new businesses] are not a total pie-in-the-sky idea,” says Tom. Now you may be thinking, “DART Board? Really?” But it’s an accurate name. The main leadership entity of DART is a Board of Managers, which consists of Tom Hurlbert (The Architect), Rod Fouberg (The Banker), and Rod Tobin (The Attorney). Their combined experience, as well as the support of their members, means that anyone looking to start a business downtown by buying DART properties will have plenty of opportunities to succeed. Risk has always been and will always be a factor in the small business world; but if someone is willing to take chances to make their dream a reality, DART wants to help them do it. The key is in the people. Tom believes a strong business model is good, but a strong business owner is much better. Whomever buys these properties, DART wants to make sure they aren’t absentee owners, but rather someone with passion who truly wants to own the building and take good care of it.

So, an organization that buys old, underutilized properties, fixes them up, and sells them back, all in order to improve the community at large. At first glance, this whole thing might seem a bit like a non-profit, right? That’s probably because during its initial conception, DART was considered as a potential non-profit organization. However, Tom and the Board determined the amount of time and red tape that would have gone into setting up such an organization would wind up being a detriment. So DART was set up as a for-profit business, but its initial spirit remains the same. Their members are expected to make a sizable investment in order to improve each property they purchase. After this investment, the proceeds from the sale of the building will go towards purchasing the next one. And while they of course intend to make a small return on each project, it’s not something their members should expect. This undertaking was always meant to be a civic-minded thing, with risk spread out among civic-minded people. Making a profit or simply breaking even is not a guarantee and members of DART are made to understand that when they join. Their ultimate goal is to improve the downtown community. But exactly how many improvements need to be made? What is the endgame for DART?

“The endgame is, we get out. And the sooner we get out, the better,” says Tom, “In a perfect world, we’d probably do three buildings, shut it down, give the investors their money back, and we’re out of there. But we’re prepared to be a long term deal.” But even if DART is not around forever, Tom hopes the effect they leave is. He hopes this business of buying building after building might spur some economic competition, and encourage business owners, DART members, or even outside citizens to start purchasing these properties for themselves.

DART currently owns one property – the building which formerly housed “Junk in My Trunk” at 208 S. Main St. As of March they were in the process of raising $250K in order to renovate the façade, as well as make improvements to the interior. The building itself has great visual impact to downtown as a whole, and with two floors of space as well as a basement, there is plenty of space available for lease. With all of this in mind, it looks as though DART may be on their way to their first major success. And with any luck, it won’t be their last. // – Sean McCracken