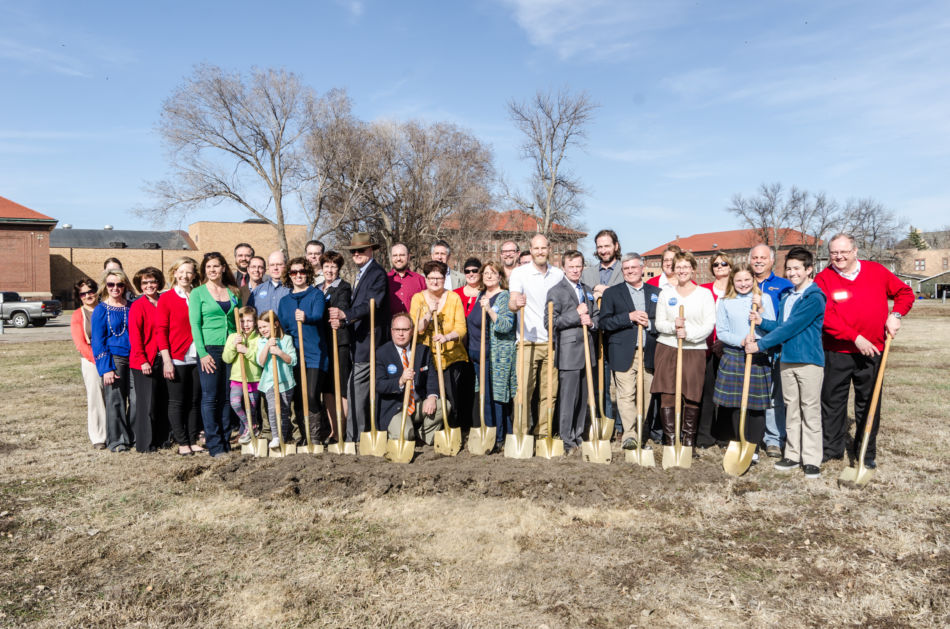 Naming rights for the new library building set at $1 million

On March 14, the City of Aberdeen officially broke ground on the new $8 million library. Several people showed up for the brief ceremony, as did much of the city council and the mayor. Warmer weather has allowed Quest Construction to begin work on the new building much sooner than anticipated. Beyond Books Campaign Co-Chairman, David Giovannini (Molded Fiber Glass) made a few remarks about this monumental moment for Aberdeen’s future, especially as it relates to employee attraction and retention.

Fundraising has begun and individuals and companies are encouraged to take part in the naming opportunities for the major portions of the new library building. Some examples include, naming the library itself for $1 million, $400,000 for the Adult Reading Area, $200,000 for the children’s area, and $75,000 for the Historical Archive Room. Several other opportunities exist for the Teen Area, the multi-purpose kitchen area, several study rooms, and meeting rooms. Contact Library Foundation President, Troy McQuillen for donation information at 605-380-4068 or visit BuildANewLibrary.com for a complete list of naming opportunities. // — Troy McQuillen