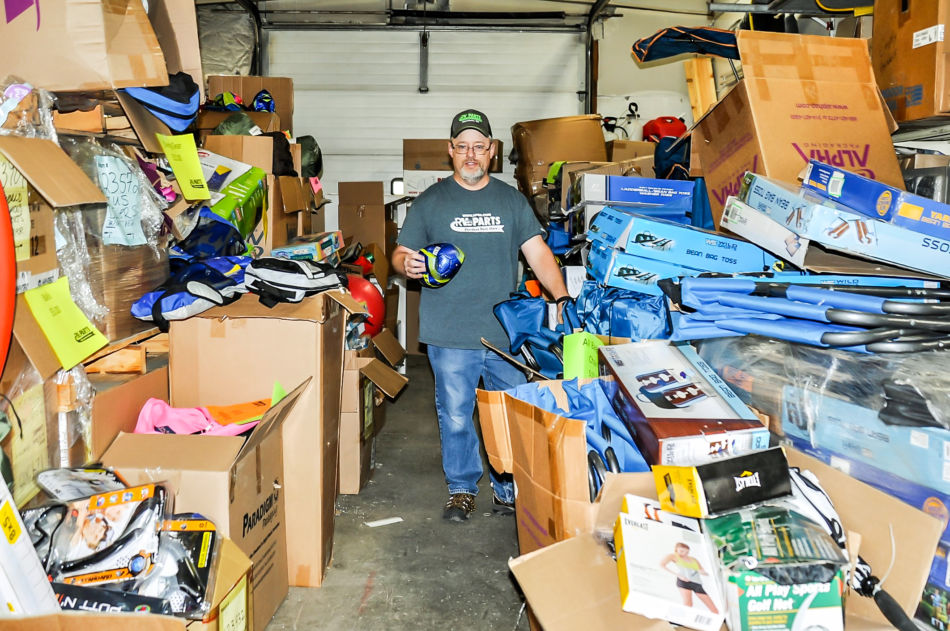 …is another man’s headache.

I own the camper and RV parts store in Aberdeen. During the winter we stay busy selling furnace parts. My slowest season is from about February to April as we wait for the camping season to kick in. During those slow months I often have to cut employee hours and other belt-tightening measures to get us to camping season.

This year, however, I began formulating ways to keep sales up and not have to cut hours. I decided to buy a truckload of customer returns. These returns were mostly recreational items including a good many items that would fit nicely with my mix of camper parts.

What a plan I hatched. The items that weren’t related to camping I would sell-off and the camping-related items I would keep and sell at steep discounts to my customers. I would make money, my amazing staff would keep their hours, and my customers would get great deals. What could go wrong?

I anxiously awaited for the arrival of the truck. We had cleared extra warehouse space in hopes of putting most of the load inside. We were ready. Let my flawless plan begin!

The truck arrived and unloading commenced. And commenced and commenced and commenced. How much stuff could one truck possibly carry? By the time the truck was empty, we had filled my warehouse space. We filled ¾ of my parking lot and I was still setting pallets down the side of my building. “Well, I definitely wouldn’t have to worry about running out of things to sell for a while,” I thought.

We rolled-up our sleeves and started attacking all those pallets. We soon discovered downfall #1. I expected about 20% of the items to be unfit to sell. I’m still totaling numbers, but that figure is probably closer to 35-45%. Don’t retailers throw anything out? Why would they save a soccer ball that’s blown out or a grill smashed to smithereens?

Because of the high percentage of unsellable items, no pallet or box could be left untouched. Everything needed to be checked. The sheer number of pallets compounded by numerous boxes per pallet created a revolt among my employees as there would be no end in sight for weeks or even months of sorting and checking merchandise. Who signed up for that? Plus all that stuff in my parking lot gave the shop a junky look. What have I done? Who thought of this plan?

It was quickly obvious that my one store would never be able to sell all that merchandise, so as we sorted items we decided to send merchandise to online auction houses as soon as possible. We contacted a couple who said, “Bring us merchandise.” Awesome!

In a few weeks we all soon hated all that merchandise. Nobody wanted to come to work and see it. We were sick of sorting, sick of walking around it. We all wanted it gone!

The story does have a happy ending, however. While loading a trailer for auction to Minneapolis, a local gentleman stopped by who had ‘been there done that.’ He could tell we were a bit overwhelmed. He gave me the name and number of another auction house who would take the merchandise off my hands, finish sorting, auction everything online, and send me a check, minus their commission. My only question was how fast could they come pick everything up?

The truck came a week later. The merchandise is now gone. Nobody misses the sorting. My staff loves me again. Normalcy has returned.

Communities thrive because of entrepreneurs and the risks they take. Did my entrepreneurial risk pay off? At the time of this writing it’s too soon to tell. But stop in my store and ask me later this summer and I will surely tell you. // – Mark Bower