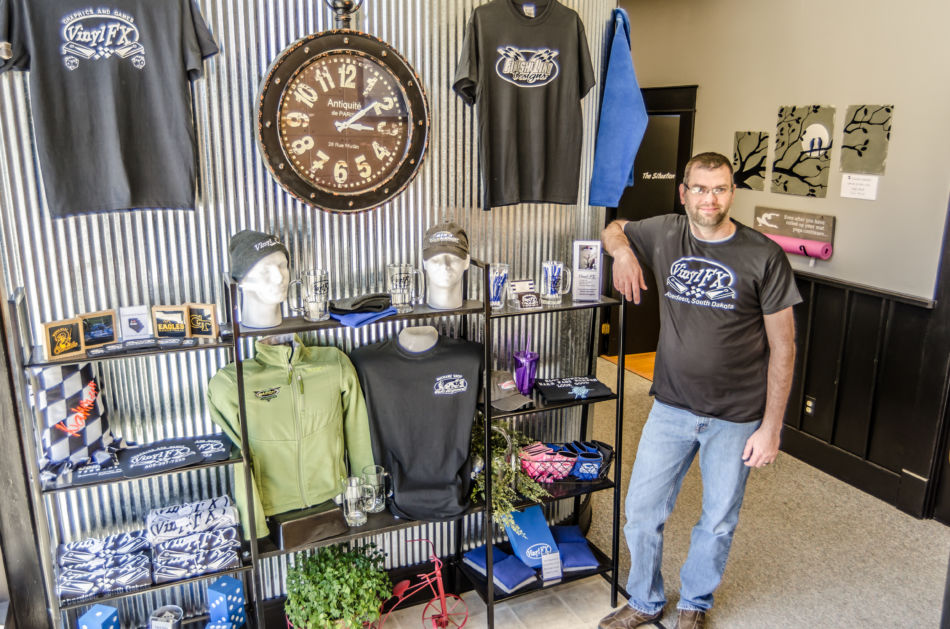 Read the Writing on the Wall

Who doesn’t like having their name on something? No one, that’s who! But before you whip out the spray paint and start signing all your possessions, why not have a professional give it a go first?

Kevin Heinrich has been doing vinyl and print work for almost three years. He first began in his basement in 2013 as a side business, but it eventually picked up enough to become his full time job. Last March he moved his business, Vinyl FX, out of the home into a new location at 9 Fifth Ave. North of the Masonic Lodge downtown. Kevin can help you put your name or your business’s name on just about anything from shirts and mugs to walls and cars to even bean bag boards and yard dice.

People are going to be outside a lot more in the coming months, so why not take the opportunity to do a little advertising? // — Sean McCracken