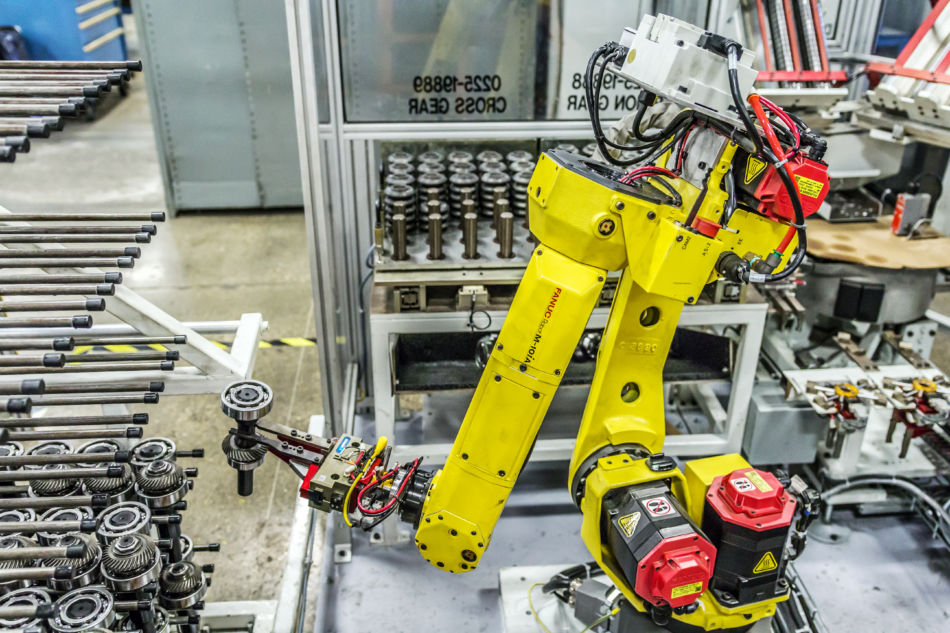 Move over, Wall-E, there’s a new robot in town.

Hub City, Inc. is currently employing the assistance of an automated machine to increase efficiency in the manufacturing plant.

The robot, which has been in the works for about two years, is about six feet tall, has a reach of 56 inches, and can hold a payload of about 22 pounds. It can replicate any motion that the human arm can, making it extremely useful in the assembly process.

Hub City has dabbled a bit with automation in the past with auto-loaders or auto-feeders, but this is the first time it is being introduced to assembly. According to Eric Pulling, a manufacturing engineer at Hub City, Inc., “there has been a drive to introduce efficiency in the plants since 2002.”

Lots of hard work, designing, and redesigning went into the robot’s creation. Currently, they are still working on some bugs to make sure it runs smoothly. Once that’s taken care of, there are plans to add different types of shafts to the robot that will expand its role in the manufacturing plant. The machine is capable of learning up 99 different programs.

The reception of the machine has been overwhelmingly positive. Since it reduces the need for human labor, employees have more time to focus on other aspects of work and keep the orders coming.

“This is exciting for me,” Eric said. “I’ve been here going on five years. The assembly process hasn’t changed or evolved much since the early 2000s. This addition brings us up with a lot of other manufacturers and gives us better ability to compete with price and delivery times.” // — Becca Simon