People
Getting the Last Laugh
By Becca Simon | November/December 2016

So this new comedy scene walks into Aberdeen….

As the wise Steven Martin once said, “Comedy is the art of making people laugh without making them puke.” As many comics know, there is a fine line between the two – and sometimes they have to learn that the hard way. However, for the people that have mustered up the courage to stand on the stage and share their jokes with the world, taking that plunge has been one of the best decisions they have ever made.

In Aberdeen, a few local comedians have gotten together to jumpstart a local comedy scene that encourages people to cultivate their talents and laugh together.

It all started around a year ago when Jon Boon, a new comic on the scene hailing from Tennessee, reached out to Spencer Dobson, a professional comedian who lives in the area. Jon, who has been a fan of the comedy scene since he was young, took notice to the fact that there were no open mic opportunities for aspiring comics. Together, Jon and Spencer decided to change that. After reaching out to Slacker’s and the Red Rooster, they set up an open mic night that alternates between the two locations every Tuesday evening at 7:00 PM at the Rooster and 8:00 PM at Slacker’s. The event at Slacker’s tends to be a bit more adult-oriented, whereas open mic nights at the Red Rooster appeal to people of all ages.

Although this platform for comedy is relatively new, so far Jon and Spencer would agree it has been a success. “We’re a very promotional crowd,” Jon said. “If people think they’re funny or they want to be funny, we encourage them to come up. We’ve had kids come up one time that we never see again, people that like to come up every once in awhile to tell funny stories, and people who just have funny stuff to say.”

Jon thinks he wasn’t very good at it when he first got up, but practice and lots of open mic nights have helped him improve. With the help of Spencer, he has learned a lot about the art of comedy and even had the opportunity to be on some comedy shows. By getting up in front of an audience and learning what works best for him, he has come to develop his own flavor of humor. “I try to think of how I can make something funny in the least amount of words,” he explained. “It sounds stupid because you’re supposed to talk, but I don’t want a lot of setup for a punchline. The punchline has to meet or exceed the setup.” Most of Jon’s jokes are short one-liners about things he sees on Facebook or other places on the internet, as well as where he grew up, and other various subjects.

Spencer is similar in that most of his humor tends to be semi-autobiographical. “I keep my feelers out for things that strike me as funny and present them in the most intriguing way possible.” 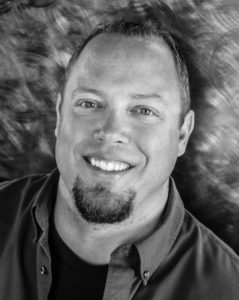 Spencer, who does stand-up comedy full-time, has traveled all across the country telling jokes and developing his identity as a comic. Originally from Grand Forks, he started doing comedy in Minneapolis in the 90’s. In 2000, he did the HBO Comedy Arts Show. Since then, he has had the opportunity to meet several famous faces in the comedy scene, including Eugene Mirman, the voice of Gene from Bob’s Burgers, and even Steve Martin.

When asked what the secret recipe to making people laugh is, both men agreed that it’s all in the element of surprise. “The audience thinks you’re going one way, and then you turn it,” Spencer said.

Oftentimes, it’s pointing out the contradictions and absurdities in every day life that makes people laugh. “We all hate the same things,” Jon said. “Sometimes it’s just about being right about something they didn’t even know was a problem, or making an idea gel.”

For instance, there may be some things that many people have seen their whole life but could never properly explain, and when it is explained in a way that is concrete, it becomes funny. An example of this is the word “Musquirt” coined by Rich Hall on Saturday Night Live, which refers to the liquid that comes out of mustard bottles. “We all know what that is, but nobody has put a name on it,” Spencer laughed. “It’s like, ‘Oh, that!’ That happens politically, societally, and in relationships. When you can do it, it’s a magical thing.”

To aspiring comics, Jon and Spencer say there is no better way to improve than by simply doing it. “Go up the first time,” Jon said. ‘It’s the scariest thing I’ve ever done, but I’ve never missed an open mic since. It makes me better at shows.”

Since they have started the open mic gigs, Jon has hosted nearly all of them. Hosting has allowed him ample time to practice his craft, since he is able to make jokes in between each person that takes the stage. Sometimes when he’s working on a joke and it has no end, it comes naturally to him while onstage.

“That fear and the adrenaline of going out on the ledge, and not knowing how you’re going to get off is what kicks it in, and the pieces of a joke come out,” Spencer said.

Of course, it doesn’t always go well. “Sometimes it just blows up in my face,” Jon laughed. But that’s all a part of the learning process.

In the future, Spencer and Jon hope to start bringing in more professional comics around South Dakota. Once they get more people in, they are hopeful it will continue to grow from there.

Spencer and Jon encourage all comic hopefuls to give it a go, at least once. “Just try it. It’d be great to have a couple regular people who secretly want to do this to take the plunge and get on stage,” Spencer said. “Do two minutes, we don’t care. Just keep trying, and keep an open mind.” // – Becca Simon