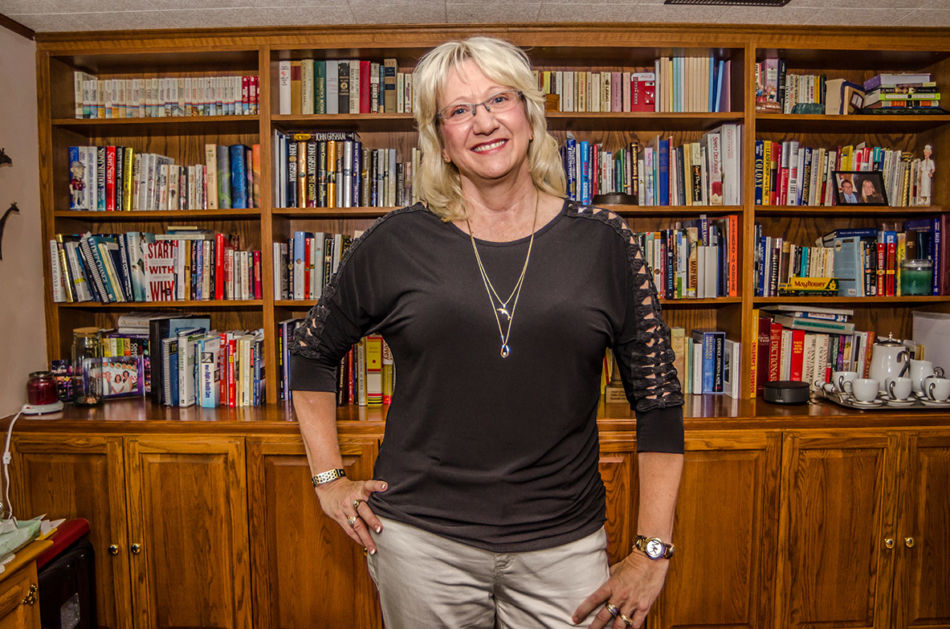 Lisa Reich Opens Up About Her Experience With Breast Cancer

When Lisa Reich became suspicious of a lump on her breast in April of 2014, she didn’t hesitate to take action. She had just had her annual mammogram a few months prior, and the doctors told her there was nothing to worry about.

But it still bugged her.

So she did what her gut told her to do: get it removed as soon as possible.

She called up her plastic surgeon, Dr. Sanjay Mukerji, and got the lumpectopy scheduled as soon as possible. The lump was embedded in her tissue and was bigger than Lisa had thought at first.

On Tuesday of the following week, Lisa found out it was stage two to three cancer.

From there, everything moved incredibly fast.

Lisa immediately met with a surgical associate named Dr. Larson who scheduled the date for her mastectomies. Dr. Conklin also had her do genetic testing before the surgery (BRCA test). Only a month later, she had her first mastectomy done. Due to her job as a coach and account leader for Studer Group, which frequently requires her to fly across the country, she scheduled only one side at a time so she would be able to pull luggage with one arm. After only a few days off, she was back on the job full-time, as though nothing had happened — but knowing that cancer was now a part of her life.

“I suppose I am a bit abnormal,” Lisa laughed.

Two months later, she had the second surgery done on the other side. At the time, she thought that side would be prophylactic, but it ended up having cancer in it as well. “I didn’t even hesitate. Doing the other side, my motivation was to be symmetrical,” she said. “I wanted to be perky in the nursing home, so that’s why I did it. And I’m glad I did.”

Throughout the process, Lisa kept a positive attitude. She only paused to worry once — when her son asked her if she was going to be okay. “I just went, ‘Yeah…yeah! I think so,’ but for just a moment I thought, ‘maybe I won’t be…’ That was the first time I even thought about mortality or that it was a threat to me in any way, but after that I really didn’t think about it, I didn’t really have time to.”

It was thanks to all the wonderful people in her life that Lisa was able to keep pressing forward fearlessly. Rather than stopping to complain, her family took action to help instead. “My husband is not a whiner,” she said. “He just does stuff. He says, ‘Okay, what do we need to do?’ That’s really helpful. If I hadn’t gone back to work right away, I could have laid on the couch and thought myself into a tizzy. I just didn’t do that.” All of her family members and friends were also there to support her every step of the way, which she is very grateful for.

Lisa was also pleased with the top-notch care she received at Avera St. Luke’s Hospital. “We are so fortunate to have great medical care in a small Midwestern town—we have great facilities but also very wonderful caregivers in the doctors and nurses that are here for us.”

Because Lisa’s grandmother and aunt both had breast cancer, it was always in the back of her mind. Since it was her grandmother who had it and not her mother, it didn’t occur to her as something to be worried about. So when a friend told her that she should get a prophylactic mastectomy done, she just laughed at first. “I contacted her after I had it done and said, ‘You were right. I should have.”

Since Lisa caught the cancer before she became symptomatic, she was lucky enough to avoid radiation or chemotherapy. Hormonal therapy, however, was recommended. After doing her research and weighing her options, Lisa opted not to take the drug. “Most people probably do just fine with it,” she explained. “But there’s a number of people who get symptomatic with it. I didn’t want to do anything if I didn’t have to.”

If she could do it over, Lisa would have had both mastectomies at once and took more time off of work. But due to her busy schedule, it just hadn’t seemed possible at the time.

The most important thing Lisa learned throughout the entire process was to pay attention to her body and to trust her gut. If she hadn’t, she may not have caught the cancer in time. “Doctors are very, very smart, and they do have a lot of evidence they base their decisions on,” she elaborated, “but it’s guidance. They will tell you your options and recommend what they have to due to the evidence. But it’s up to you. If your gut tells you something different, don’t hesitate to ask questions.”

Although having doctors you trust makes all the difference in the world, Lisa makes it known that it is just as important to be a good patient. “Take notes, come with questions, and don’t stop until you have them answered,” she advises. With a background in nursing, Lisa is a statistically minded person, so her doctor (Dr. Conklin) provided her with a decision making tree that helped them decide what treatment was needed for the highest cure rate. “Talk to people and figure out where you fit in the statistical world.”

When Lisa makes decisions, she always puts the doctor’s thoughts with her own. “I’d never buy a car without opening the hood. I don’t know anything about cars, but I’d still do a little research on it, and I’d still want to know.” She applied this same type of thinking when she found out she had cancer. Although she didn’t know much about it at first, she became her own teacher and educated herself. “You don’t have to be naïve, the answers are available, you just need to research—and ask,” she said.

Since Lisa has been through it before, women struggling with the prospect of breast cancer often come to her for advice. She is always more than willing to share her story. Many women are apprehensive to take action due to body image issues, but Lisa is nothing but optimistic. “I think I turned out better than before,” she said with a laugh. “Sanjay does such a nice job that it’s not really a visual distraction.”

As far as cancer goes, Lisa believes she had it easy. “When people say the word ‘cancer survivor’, I don’t really feel like I survived anything. When I look at someone who went through chemo radiation, I think, they are the survivors, not me.”

Everyone knows someone who has cancer. If they don’t, they will, or they know someone else who loves someone that has it. The best way to fight cancer is simply to prevent it. It’s important to pay attention to the signs, however small they may be, instead of dismissing them. Lisa is living evidence that with a bit of intuition and a whole lot of fighting spirit, the battle against breast cancer can be won. “People have been down with colds longer than I was with breast cancer. I feel very fortunate. My hope is that we can continue to find cures and provide treatments for all types of cancer to create the best outcomes possible,” she said. // – Becca Simon