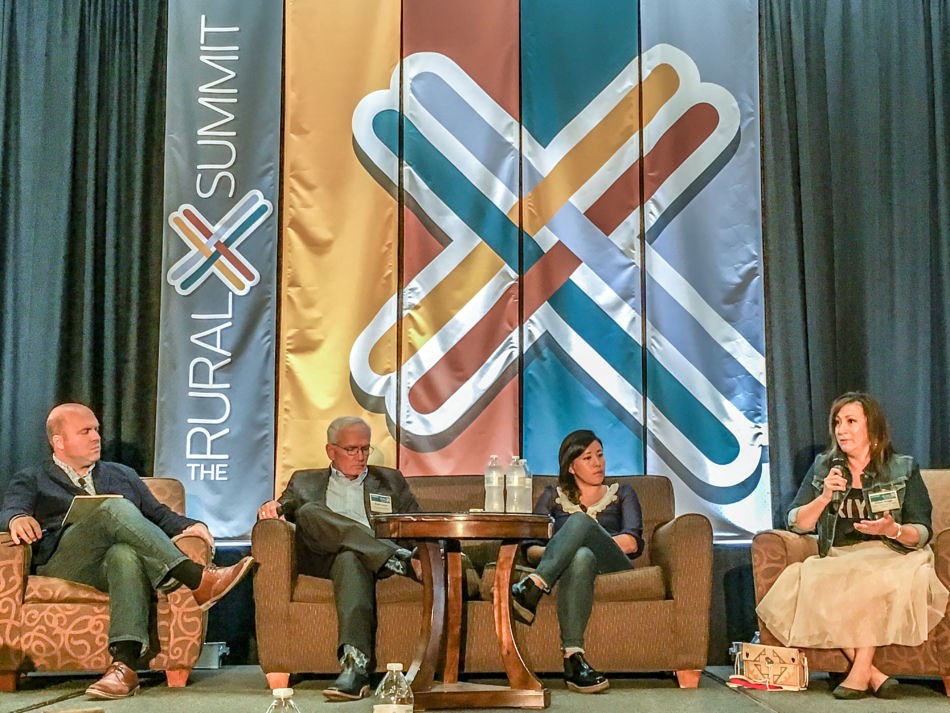 According to Heidi Martilla-Losure of Dakotafire Media, rural areas of South Dakota do not have the day-to-day networking opportunities that exist in larger cities. This is why the Frederick community leader enjoyed Dakota Resources’ inaugural RuralX summit that attempted to create a “city” of like-minded folk to convene and discuss rural issues affecting sustainability.  Over 200 people attended from five states and Saskatchewan, representing such sectors as agri-business, economic development, public offices, foundations, Native Americans, healthcare and many more. Keynote speakers and presenters touched on issues about schools as centers of innovation, connecting youth to community, rural health care, start-ups, entrepreneur development, and leadership succession. The event was held at the Dakota Event Center in Aberdeen on July 19 and 20th. The heat did not deter attendees from partaking in a farm-to-table dinner prepared by the folks from The Brass Kettle under a massive white tent. Dakota Resources plans to host the event again next July, so watch for dates. You won’t want to miss the next one. // — Troy McQuillen