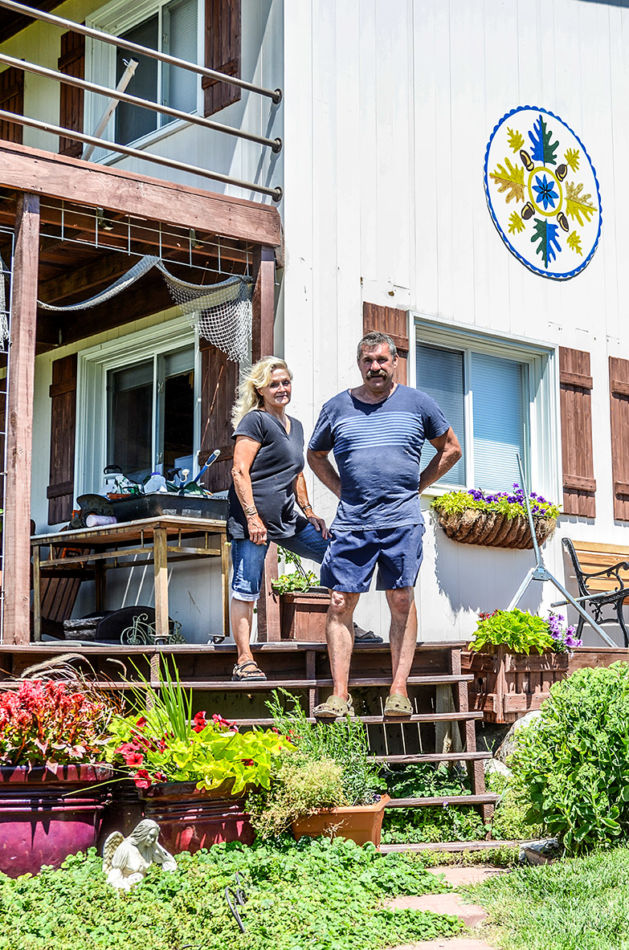 Any artist, whether they are fresh out of college and struggling to make a name for themselves or have been in the trade for years, knows that making a living on your work is no easy task. Add in the fact that in South Dakota, the next art community is a two to six hour drive away, and it makes it even harder. What’s an artist in the rural Midwest to do if they want to avoid living in the hubbub of a big city, but still be successful?

Local artists Sherri Treeby and Lee Leuning have found their own answer to this question. After starting from the bottom 28 years ago, the two have completed over 200 sculptures, and are currently in 14 sculpture walks across the country.

Sherri and Lee began their partnership in a sculpture class at NSU. Oftentimes, Sherri would create things that were too large for her to manipulate, and Lee would help her put together pieces. Before long, they realized they were a great team. They sold everything they made, and began taking commissions from individuals and various businesses such as Ducks Unlimited and the Rocky Mountain Elk Foundation.

From there, the projects they accepted became larger and larger.

They were chosen to do eleven statues for the City of Presidents project in Downtown Rapid City, which are a series of life-size bronze statues of our nation’s past presidents along the city’s streets and sidewalks. Their work can also be found all over Sioux Falls: in the Sanford hospital, the Sanford Sports Complex, and more. In Aberdeen, some of their most popular pieces include Milli Atkins in front of NSU’s education building and the large golden eagle that can be seen upon entering the CHS auditorium.

Currently, Sherri and Lee are working on a series of sculptures called the Trail of Governors in Pierre, as well as a large-scale project they are keeping tightly under wraps.

Sherri and Lee say they were able to find such large-scale success by working hard and finding their niche. “Believe in yourself and don’t chase anyone else’s tail,” Sherri advises. “Find the thing you’re really good at, and don’t stop until you’re satisfied.”

Taking the audience into account is also critical for success. “We always ask ourselves, who is going to buy this? Who is our patron?”

Taking inspiration from artists Norman Rockwell and John Rodgers, Sherri and Lee’s nostalgic Americana-inspired work appeals to a wide demographic. What makes them stand out even more is that the figures depicted in their sculptures seem to come to life.

“We don’t like statues,” Sherri elaborates. “We try to tell a story with every piece of art we do.”

To do this, they leave all sorts of visual cues to guide the viewer along and put the pieces together. Their newest piece, titled “Muse-ic”, depicts a young woman playing a violin. Her skirt will be made of musical instruments, and on top of her bow sits a bluebird, which symbolizes lightness and beauty. Somewhere else on the sculpture will be a blackbird that represents an omen. The piece is meant to depict the creative process and all the struggles that go along with it.

If you’re hoping to make a living as an artist, Lee advises, it is absolutely imperative to never underprice yourself.

“You’re going to get judged by the harshest critics in the world: your patrons,” he says. “The best critique of our artwork is a check.” // – Becca Simon