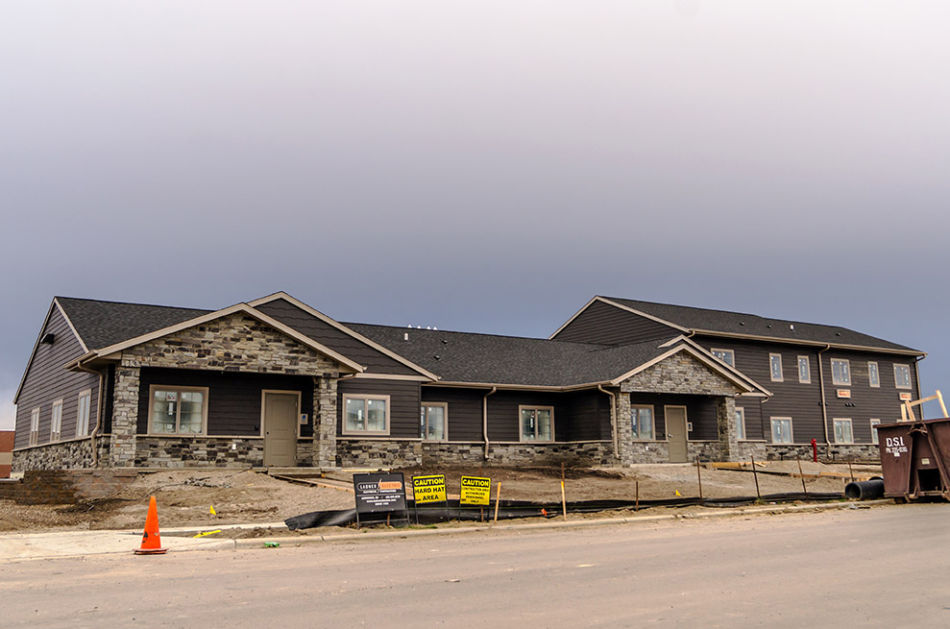 September brought Safe Harbor’s largest progress to date, with the outside face of the building being adorned in a brown stone. With only a few months until its projected completion, the few things left to do include deciding on wall colors and interior decorating. The groundbreaking ceremony was held in late May and Huff Construction has been moving steadily since. The basic structure of the new building went up around July, with walls and the roof in place by August.

Safe Harbor received a $515,000 Community Development Block Grant (CDBG) from Governor Dennis Daugaard back in June 2015. With an original campaign goal of $2 million in three years, the remaining $1.5 million worth of donations came from business members in the community. The new structure will more than double the square footage of the old space, and will therefore be able to house more families and individuals whose lives have been impacted by domestic abuse and other crisis situations, according to the Safe Harbor website. The new facility will serve people from Brown, Campbell, Day, Edmunds, McPherson, Marshall, and Potter counties. It will be located near Aberdeen Central High School. // — Erin Ballard