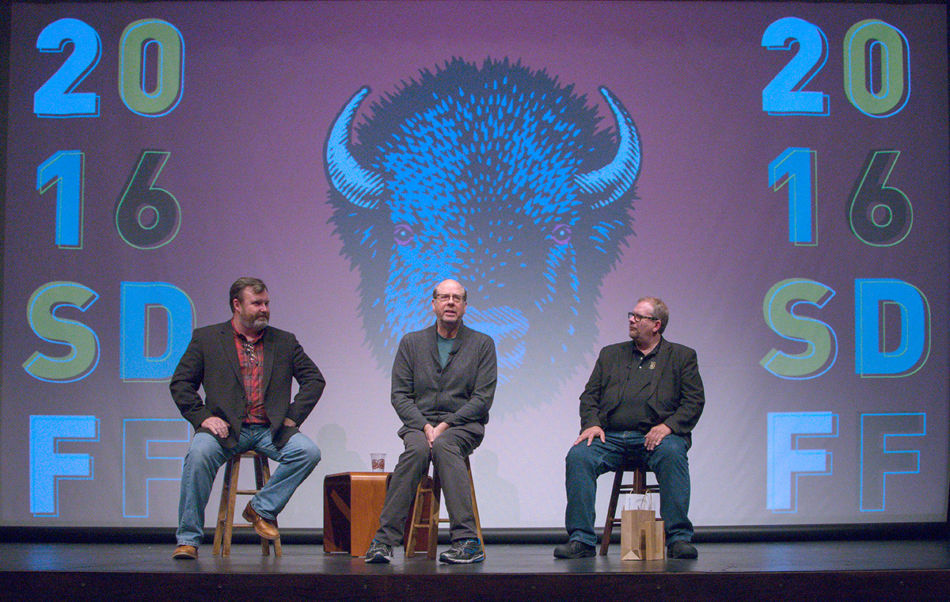 It’s always a last minute surprise to learn what Hollywood celebrities will be attending the South Dakota Film Festival. This year Aberdeen was treated to some pretty big celebrities with fascinating stories about the film industry. Stephen Tobolowsky chatted about Groundhog Day and the Goldbergs, as well as acting for comedy in general. Anthony Michael Hall reminisced about his time with John Hughes and films like Sixteen Candles, The Breakfast Club and transitioning from a kid actor to adulthood. Executive Producer Hawk Koch (Chinatown, Wayne’s World) shared the stories behind several blockbusters. Actor Lisa Ann Walter talked about her many roles in such films as Bruce Almighty, The Parent Trap and several TV comedies and dramas. Independent filmmakers and movie fans from across the country gathered September 21– 25 at the Capitol Theatre for five days of screenings and networking. //