Aberdeen sports fans are as diverse as they come

Aberdeen used to be different. Well, actually, it used to be not this different. There were basically two kinds of people, more of us than them, and we all knew our place—kind of like there was a wall between us. But things have changed. Aberdeen has become so diverse. Just look around. All these different colors! It’s bad enough that for all these years we Vikings fans have had to deal with all those green and gold Packers fans, but now there are fans for NFL teams from all over the country — like we’re a melting pot or something.

Not so long ago, I bellied up to a bar at an establishment in Aberdeen on a Sunday afternoon, my only, simple, innocent purpose being to write something to enlighten the publisher of this magazine. The TV was on — all 20 or so of them — mostly showing one NFL game or another (as well as sports channels showing apparently equally athletic car auctions and poker games). In front of me was a game between the Pittsburgh Steelers and Philadelphia Eagles—cities more than 1,000 miles from Aberdeen. Yet, sitting next to me was a black and gold jersey-wearing Steelers fan. In Aberdeen! As I looked around the place, there were Cincinnati Bengals, Tampa Bay Buccaneers (really?), and of course Packers jerseys. While some of these fans come from other places, many are homegrown, like the Packers fans.

I didn’t grow up hating the Packers; it was learned. In the 1970s the Vikings were so much better than the old Central Division that the other teams seemed like nuisance little siblings you tolerated. Now I’ve learned how deplorable they really are. But this diversity of loyalties is something the Vikings brought on themselves. Victims of their own always penultimate success, they were forever bridesmaids, losing would-be suitors to other teams who might give more satisfaction. 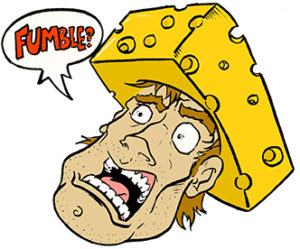 But rather than let me investigate the fan conspiracy, the publisher told me to see what it’s like to watch football in Aberdeen’s many eating and drinking establishments. After all, with the NFL playoffs and Super Bowl approaching, it’s important to know the lay of the land. In service to you, dear reader, I undertook this assignment to visit numerous joints (no expense account). This isn’t a review, however, just a survey. You’re still going to try different places on a whim, and I can’t be responsible for whims.

When I started, I learned that the fan diversity was broader than I’d thought. When my intrepid research partner and I walked out of one place, we got a “How y’all doin’?” from a guy wearing a Tony Dorsett Dallas Cowboys jersey. He had gotten out of a truck with Texas plates, but it raises the question of whence these team loyalties. Growing up, I had a South Dakota born and raised friend who was an Oakland/Los Angeles/Oakland (talk about loyalty) Raiders fan. But now, it’s hard to know how permanent these foreign allegiances are. It’s not just what have you done for me lately — it’s fantasy football. Maybe this year — or today — you’re cheering for this particular player because you drafted him. Deflated, you may have become a Patriots fan this year while you waited for your draftee Tom Brady to be released from his exile with Giselle, but what about next year?

Now, about watching football. Aberdeen offers many options for watching games. You can watch in bars that sell food or restaurants that also have a bar. Many places offer multiple TVs on which to watch multiple games. Sometimes, the same screen displays several games (so I could watch everything and see nothing). The newer the place, it seems, the more the TVs seem built into the design rather than being afterthoughts. In some cases, the TVs are standard household size—like, for example (going west to east), Minerva’s, Max & Erma’s, Pounders, Ruby Tuesday, Maverick’s and a few others — while in others — such as Buffalo Wings and Rings and fewer others — they’re as big as your garage door. You can watch multiple games but listen to only one (or none) — you won’t miss the Viagra commercials; they’ll be pumped throughout the place (but no more political commercials for a couple years — not sure whether the ED or political ads’ claims are more trumped up—and the mere thought troublingly conjures up his and hers Presidential bathtubs overlooking a pleasant lake). 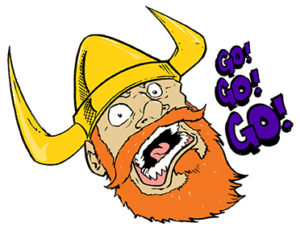 Some places offer unique benefits, such as weekly pools and fantasy leagues. Your Lager’s server will give you a pull tab to see what discount you get on your drink. (I think the pull tab thing was rigged though: no discounts for me!) Lager’s also lets you toss peanut shells on the floor—just like at home! The Circus offers a TV over the men’s room urinal so you won’t miss a play—just don’t miss the urinal (not sure about perks in the ladies room). Pounders has a serve yourself Bloody Mary bar. Wherever you are, the servers are usually happy to change the channel of the nearest TV to your game—if they can find the right remote, and then find the station among 600 channels, and then if they remember—and if someone doesn’t come along later wanting to watch the NBA on the same TV (there oughta be a law!).

As noted, this isn’t a top 10 list of the best places to watch. Given the timing and magazine deadlines, I couldn’t get to all the places where you can watch—lots of places have TVs—so I’m probably missing some special perks. No matter what, there are lots of fun places to watch football in Aberdeen.

Fortunately, so far, Aberdeen doesn’t have team bars that cater only to fans of specific teams as in larger cities—and watch out if you’re not the right kind of fan. Without such ghettos, maybe we’re more welcoming than Chicago or Milwaukee? Here, you don’t know whose fans might be next to you. And that’s all right. It’s a free country. You’re still likely to go where everyone knows your name. If all you know about the person at the next table is a team name on a jersey, just remember, under the jersey we’re all the same. //–Patrick Gallagher with Illustrations by Aaron Bigelow