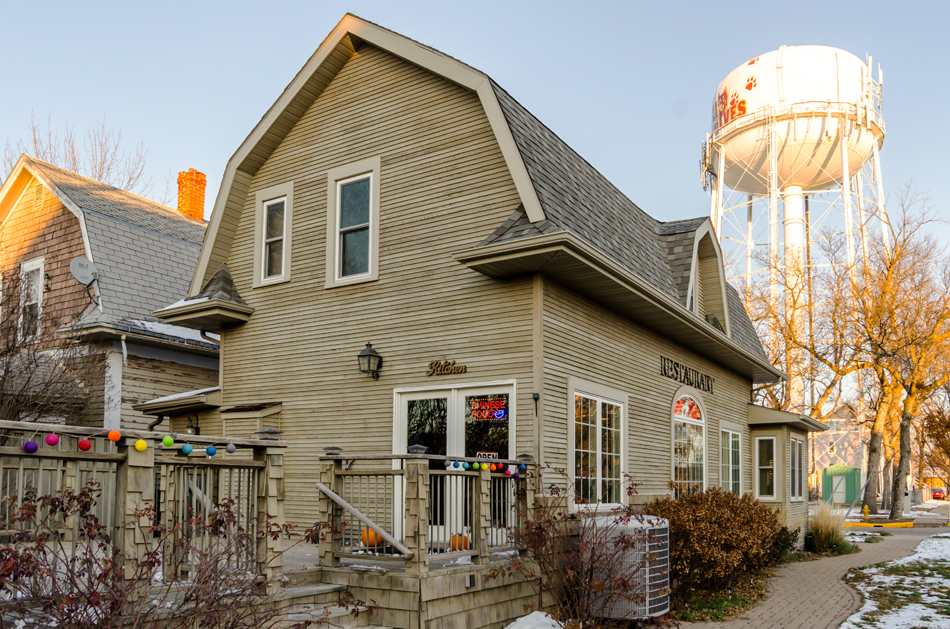 In the quaint building that was formerly Mugs coffee shop, Aberdeen now has its newest and, quite possibly, most genuine Chinese cuisine spot yet.

Hong Kong natives Patrick and his wife, Pik, opened the kitchen only two short months ago with authenticity in mind. Though their specialty comes from their Chinese roots, they’ve been in America long enough to have mastered the art of hamburger and taco-making, as well. The end result? A blend of Asian and American favorites, made to order and ready to eat on-site or on-the-go.

As the main chef at International Kitchen, Patrick got his culinary start in a small restaurant in Naples, Florida. It was there that the idea for his future was first planted, and where he received most of his training. Patrick has been a frequent world traveler ever since he left his home country of China, so many years ago that he’s not quite sure of the actual date. “It’s been quite a while. A long time,” he says, with the preoccupied look of recollection in his eyes. Patrick has divided his time between Hong Kong, where he would eventually meet his wife and business partner, and Minneapolis and Aberdeen, where he spent his years in higher education. With a degree in mathematics and computer sciences, Patrick just laughs when asked how he got from there to cooking. “It just kind of happened,” he says. “When I first started at Northern, I suffered with food that didn’t taste so good. So I hoped I could open something here where the students could come for good food.”

That connection to the international students is something very near and dear to Patrick’s heart, as he was once upon a time in their shoes. “I have the real Chinese food, the other stuff is more like American-Chinese,” he explains, with just a subtle hint of pride in his voice. “When the students come here and ask for the real Chinese food, if I have the ingredients to make it, I will.” That authenticity is something that Patrick is not only proud of, but it also sets him apart from other international restaurants in Aberdeen. All of his food is fresh and made in-house, and he has a daily food truck from the Twin Cities to deliver those hard-to-find Asian ingredients that are a requirement for many items on his menu.

And by “international,” they really mean it. International Kitchen’s menu lists egg rolls right below cheese sticks, and ham sandwiches on the same page as cream cheese wanton appetizers. Some of their most popular items include sesame chicken and honey garlic chicken, though Patrick’s favorite dishes to prepare always involve seafood. An average wait time during busy rushes is only 20 minutes maximum, which works out well for Patrick’s customers. “American food usually takes longer to make, like steak and pasta, but most people come in to order Chinese,” he says.

For the future of International Kitchen, Patrick ultimately sees expansion. He lists the kitchen and seating sections as areas that could get larger as time goes on and business increases. For now, though, they’d like to see how things go. “We like this location, even though it’s not off 6th Avenue. It’s harder to advertise, but we like being close to Northern, for all the students,” he says. The proximity to the college is vital to the International Kitchen’s business, though non-student customers continue to increase.

Despite traveling to many different states, Patrick and Pik’s choice in settling down in South Dakota was ultimately decided based on the quality of life. “There are a lot of places in America, but I just thought it was better and more peaceful out here,” he says. As for cultural differences, the number one difference is the weather. “It’s kind of hard for us, because in Hong Kong, they don’t have snow,” he smiles at my sympathetic expression. Still, though, Patrick admits he’s been slowly acclimating to Aberdeen culture – at least a little bit. “I go fishing, a little hunting,” he says of his very spare free time. “It’s a new kind of activity (for me).” Patrick and Pik might consider returning to China after retirement, but hope to spend the long haul in South Dakota. //–By Erin Ballard