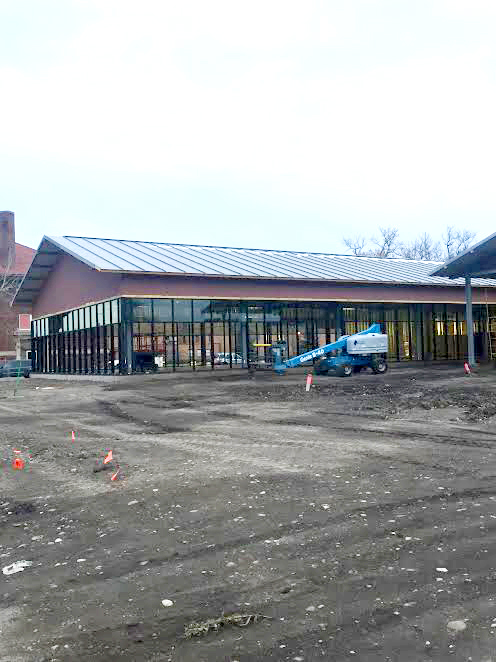 Regardless of the controversy Aberdeen’s new public library once incited, the master plan has moved forward, and it won’t be long before the red ribbon is cut and avid readers rejoice citywide. In a journey that began with the purchase of the 3rd and Washington plot back in 2011, and the public vote in December 2015, Aberdeen will finally end this chapter with a new library building come late summer of 2017.

Currently, the new library is in the hands of Quest Construction, who are still on schedule, despite this season’s interesting weather. After breaking ground in May 2016, there have been little to no hiccups in any construction aspects of the new building. “I almost can’t believe it,” Assistant Director Cara Romeo laughs. “It’s going perfectly, we’re so excited.” For the grand opening, which is currently scheduled for August 2017, there are several big events planned, though their details won’t be revealed until further along in the development process.

With more efficient square footage all on one level than the old location, along with countless new amenities, the new building will be well worth the $8 million price tag. “What I love most is that everyone has their own space. There’s quiet space, communal space, even the children will get their own space. (These separations are) something we don’t have now,” Romeo explains. New features also include a self-serve coffee station, an outdoor covered area for both adults and children, private meeting rooms, a kitchen area, a larger adult area, and state of the art automatic check-outs. “It’s so forward-thinking. It’s so different than where we’re at now.”

As construction rolls ahead, we’ll soon be officially saying goodbye to Alexander Mitchell Library – name and all. As of right now, the new library’s name has not been christened. If you, your family, or your business are interested in claiming a room or the building, contact Troy McQuillen at 605-380-4068. // — Erin Ballard