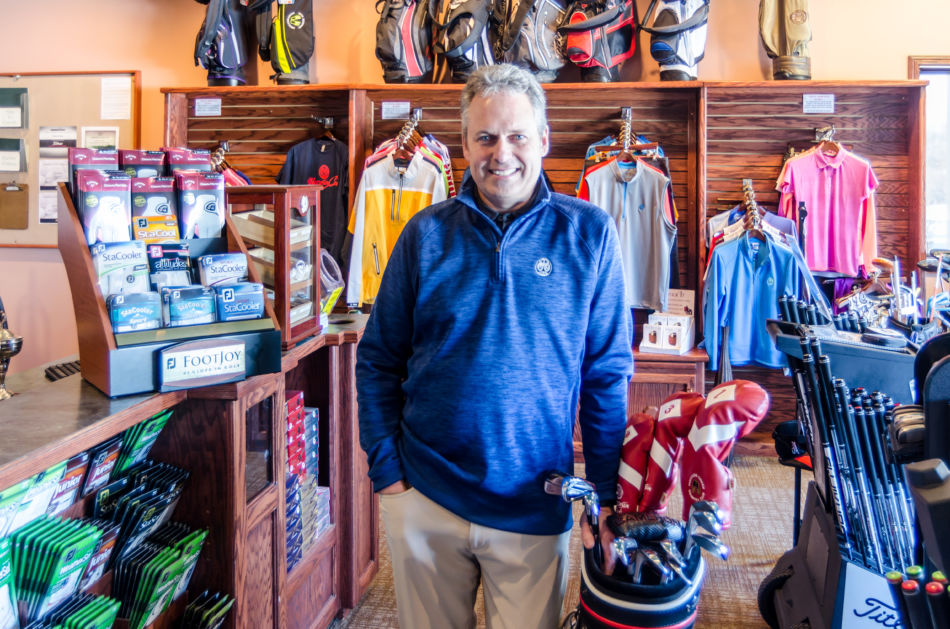 For Moccasin Creek Country Club Head Golf Professional Dean Zahn, golf is more than just a game. It is a never ending challenge as well as a lifestyle that builds character and creates lifelong friendships. Known for his extensive development of the Junior Golf Program in Aberdeen, Dean’s love of golf has reached far beyond the fairway and helped to grow the game of golf bigger than it has ever been.

Since he was young, golf has always been in Dean’s blood. His father was a high school golf coach and athletic director, and eventually the director of education for the National Golf Foundation. Although he grew up in various big cities in Oregon, Florida, and Arizona, Aberdeen was always a big part of his life since his dad was a native. When his dad moved back to Aberdeen to work as the Head Golf Professional out at Moccasin Creek Country Club and invited Dean to come work with him, Dean thought he was crazy at first. At the time, he was working as an assistant golf pro in Northern California, and couldn’t envision himself ever moving to Aberdeen. “But then I started to think, maybe I need a change of pace. At the time, I thought I’d be here for three to four years and move on. But 25 years later, I’m still here,” Dean laughed. “But that’s okay. Aberdeen is a great place to raise kids. After all these years I have a passion for this place, golf, and this community.”

When Dean first came to Moccasin Creek, they had a typical junior golf program in which they gave lessons once a week for juniors. Since then, it has grown exponentially. While serving on the South Dakota Golf Association’s board of directors, he helped to start the First Tee, a program that teaches kids life skills using the game of golf as a vehicle to do it. The First Tee teaches kids nine core values: respect, confidence, responsibility, perseverance, courtesy, judgment, honesty, integrity, and sportsmanship. After getting it started in Sioux Falls, it was also implemented in Aberdeen. They teach kids to be the best they can be by respecting themselves, others, and their surroundings. Currently, there are over 150 kids enrolled in the program.

But the First Tee was only the beginning. Dean also helped oversee the startup of the PGA Junior League, which is essentially “Little League” for golf, allowing kids to play competitively on structured teams. Moccasin Creek also offers private, one-on-one lessons for juniors with any of the golf professionals and hosts the Junior Golf Championship, a two-day event that kids of all ages can participate in. In addition, he introduced Family Fun Nights for junior golfers and their families and offers free family golf clinics. This year, for the first time ever, Moccasin Creek will host the qualifiers for the national Drive, Chip, & Putt Championship. The national tournament at Augusta National is broadcast on national television, and is widely considered as one of the must-watch events of the year for golfers.

Due to his outstanding devotion and leadership in the development of junior golf programs, Dean was awarded the 2016 Youth Development Leader Award in the Minnesota PGA section. “To recognize the work we’ve been doing in a small community in pretty cool,” Dean said. “I was surprised. Our program keeps growing and we seem to be getting more recognition from bigger groups.”

Dean has no intention of slowing down any time soon. He hopes to get over 200 kids enrolled in the First Tee program and expand the PGA Junior League into even more teams that could be split into different leagues, not only in Aberdeen, but in neighboring communities as well. He also wants to give out more, and bigger, scholarships, as well as develop a junior golf tour that would allow golfers to compete in tournaments across the region. But his biggest goal is to eventually develop an indoor practice facility dedicated to junior golf. “We would be able to really further develop junior golf and be able to do it year-round,” he said.

When asked why he thought golf was such a popular sport, Dean said it’s because it’s something everyone can do. “The thing that’s great about golf is that you can play it until the day you die. It’s the game of a lifetime,” Dean explained. “If we can develop these kids to play the game and enjoy it at a young age, they will probably play for the rest of their lives.”

Over the last five years, junior golf has averaged an 8% growth rate every year. Dean thinks a big reason for this is the fact that families are finding that its something they can do together. “I would never have played if my dad didn’t play. We did it as a family.”

Dean would highly encourage anyone who hasn’t to give golf a shot. “Anyone can play,” he said. “You can always improve and get worse. It’s always up and down. Understand your limitations and learn how to get the ball in the hole. Sometimes that isn’t pretty, but who cares? People forget that what they really want to do is play and have fun.”

Junior golf programs cost $50 for the summer, and Moccasin Creek provides financial assistance for those who may need it. “We want to grow golf and make it something that the youth recognize as a great opportunity,” Dean said. “65,000 rounds of golf are played a year in Aberdeen. A lot of people are playing. Let’s keep growing it.” // – Becca Simon