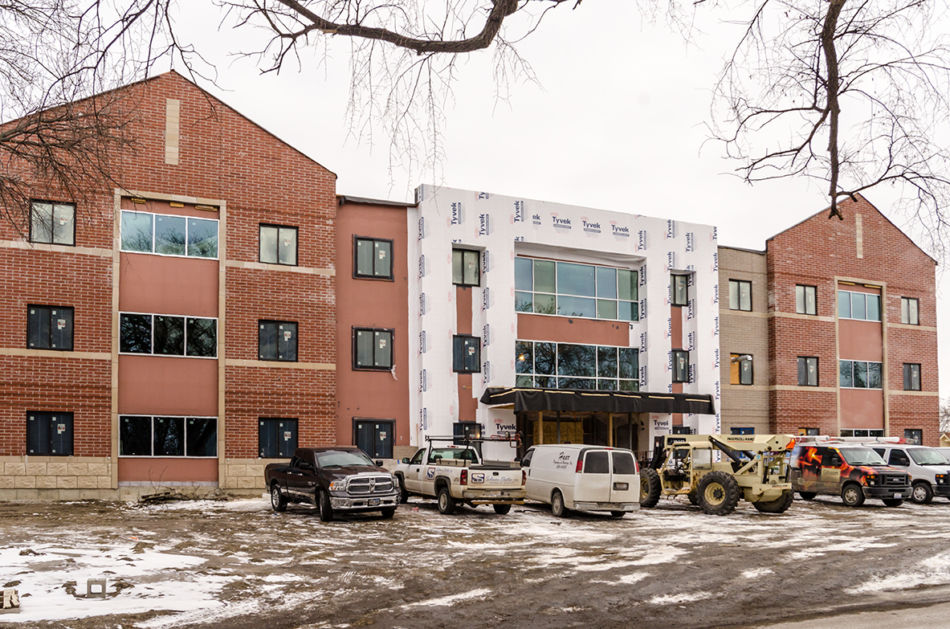 Northern State University will be seeing a lot of growth in the next few years, and as a result, so should the city of Aberdeen. In 2016, Northern received two anonymous donations that combined to a total of $35 million. $20 million of that will go towards two new residence halls and the remaining will fund a new Regional Science Education Center, all of which will work to upgrade the campus and, hopefully, bring in more students to the school.

After the spring 2017 semester, Lindberg Hall will be shut down and razed in order to make room for one of the two dorms that were approved by the Board of Regents late last year. President Tim Downs hopes to have both of the new dorms completed by fall 2018, when Jerde Hall will be torn down as well. The new dorms will be modern, with updated amenities like suite-style room and air conditioning, along with multiple study and lounge spaces.

When work wraps up on those buildings, the Regional Science Education Center will begin construction on what is currently the football practice field, near the corner of State Street and 12th Avenue Southeast. The modern facility will act as a gateway to campus for visitors and students alike. The center will provide collaboration opportunities in science education between Northern students and those at local and regional schools. It will have the benefit of increasing interest in the sciences for area K-12 students, while also enticing them to stay in state, should they choose to pursue a correlating degree in higher education.

These buildings are in addition to a dorm currently under construction on the northwest corner of campus. That one has been dubbed Wolves Memorial Suites and is slated to open this coming fall. It will house 150 students and will also be fully air-conditioned, with lounge and meeting rooms as well as kitchens.

In an interview earlier this year, President Downs stated that one of his main priorities in his new role would be to maintain and develop the relationship between the school and the community of Aberdeen. The additions to Northern’s campus should do just that by making the school a more inviting and competitive choice for prospective students, along with creating more opportunities for those who choose to enroll. “These gifts provide Northern opportunities to better serve the needs of current and future students,” Downs said in a recent release on Northern’s official website. “We believe these changes on campus will greatly assist us with the increase of enrollments as well as student retention.” // — Erin Ballard