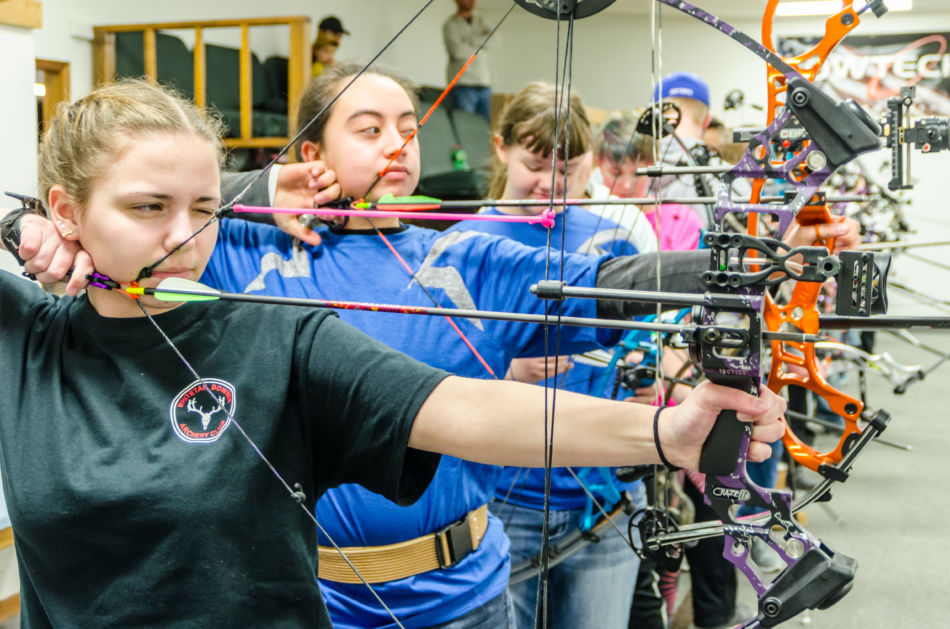 For members of the Whitetail Bowman Archery Club, archery is more than a pastime, it’s a part of life. And while learning to shoot with a bow may sound like a task mastered individually, in reality it is a sport that thrives when experienced archers work to teach skills to enthusiastic beginners who are ready to learn.

A handful of participants founded the club in 1959, and since then it has grown to include hundreds of archers of all ages. Board of directors member Mark Lemmon explains it best when he describes the natural growth the club has experienced among families in the Aberdeen area, “How a lot of people get involved usually goes one of two ways. Either the dad has been in it and then the kids start to want to try it out, or often times it’s the kids who start out in the club and then the parents end up joining too because the kids are having so much fun. It’s something a family can really enjoy spending time doing together outside or in an afternoon.”

Lemmon is an archery technician at SoDak Sports and has been shooting competitive archery since the early 1980s. He says more and more people are becoming interested in archery because it is a sport that anyone can be good at and also because it teaches a lifelong skill.

Club member Lisa Kopecky agrees with Lemmon that the sport is extremely family orientated. She joined the archery club after her three sons got involved. “I decided as a mom of boys this was something I could do with them. My husband is going to join this year as well. It has really turned into this great family sport.”

In addition to being family driven, the club is also focused on its youth programs for members between 6-18 years old. Both boys and girls can shoot in the archery youth league and it is open to all levels of experience. This year they have 85 young people enrolled in the league so far. During practices all ages work together to help each other out. Youth interested in taking the sport to the next level can also join the Junior Olympic Archery Division (JOAD) and learn more advanced skills for competitive archery from qualified instructors. Lemmon emphasizes the importance the club places on working with the kids, “Youth league is what it’s all about. They’re our future.”

Besides lending their expertise and knowledge on archery, members have literally built the club from the ground up with volunteered time and effort. They started out with a tract of land and a modest clubhouse northwest of Aberdeen and over the years turned it into one of the highest ranked archery clubs in the state with top-notch indoor and outdoor ranges and facilities. The group is able to host various tournaments as well as co-ed and women’s archery leagues year round.

Newcomers are always welcome to attend a league meeting to get advice from experienced participants and to try out equipment to see if the sport is a good fit for them. Kopecky shares how integral archery can become in the lives of people who pick up a bow, “It’s a skill my children will take with them the rest of their lives. They can always enjoy hunting and the outdoors.” // – Jenny Roth

 More information about the Whitetail Bowman Archery Club can be found on their website at www.whitetailbowmen.com.