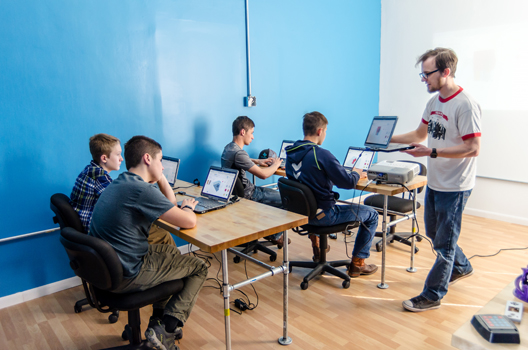 When Travis Kiefer attended high school in Groton, South Dakota, there was nowhere within a 100-mile radius he could go to express his “nerdy” interests or do what he loved to do most – tinker with computers and build things. So the local entrepreneur and owner of the Citizens Building decided to do what he does best: create his own.

CREATE Makerspace was launched last summer with the aim of providing a space for fellow inventors and tinkerers to do software, hardware, and electrical engineering, and give them the tools to bring their ideas to life. Because of his background working in tech companies like Silicon Valley, Travis knows firsthand how important technology is to modern day society. Practically everyone has a smart phone, or is at least familiar with one, and you can scarcely get by in today’s world without using some form of smart technology on a daily basis. “We’re getting to the point where we’re putting more computers and smarts in more of our products we use in everyday life,” Travis said. “What that ultimately means to me is that Harry Potter is going to come to life soon.” However, there are no STEM focused programs anywhere in the region. The closest computer programming boot camp, for example, is in Madison or Rapid City. “We’re looking to create a place where people who want to do that can, hence the name.” 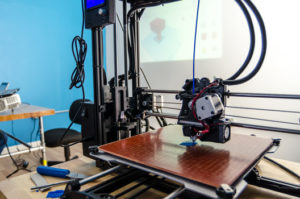 And create they most certainly can. Members of the Makerspace have 24/7 access to the space and all of the tools within it, including soldering and hardware assembly tools, 3D printers, and almost any other componentry you can possibly imagine. Members of EASE staff the Makerspace from 9:00 AM – 5:00 PM and can help anyone who needs help or runs into trouble working with certain tools. “What you get is more than just access to the tools, but also to people who know what they’re doing,” Travis said. “It’s also about the network and the relationships.”

Currently, the folks at CREATE are in the process of putting together an advisory board and figuring out how to best utilize the space. Since what they are most passionate about is engaging students, their biggest plans include creating a variety of educational opportunities. They’ve already gotten a head start with their monthly classes, offered the first Friday of every month at 3:00 and 4:00 PM and covering a wide range of topics, from introductions to programming to 3D printing and even circuits and design.

Once a quarter, they’d also like to host events. One example of this is a summer gaming boot camp in which participants would learn how to create their own video game. Another is a startup weekend, a three-day event where participants start with an initial set of problems and design constraints and have to work within teams to solve them, using technology to do so. Since the challenges presented will likely deal with real-world problems local nonprofits face, Travis is hopeful that the solutions participants come up with could lead to real business endeavors. Last but not least are “Pi Wars”, a contest that challenges participants to take small, single-board computers, or Raspberry Pis, and build upon them to navigate an obstacle course. 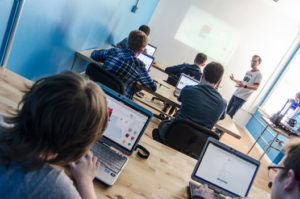 The Makerspace is already being utilized to do great things. The folks at CREATE are working on developing trackers for individuals with memory issues to ensure their safety and make sure they aren’t lost. The space has also been used to print car parts using the 3D printer and even helped a farmer design his own connecting pieces for water hoses.

Travis is most looking forward to more people creating their own things with technology, microcontrollers, Internet of Things (IoT), and more. His vision for Aberdeen is that we become the regional hub for anything IoT based. Things like smart sensors assist with a lot of things – from helping us reduce water and electricity waste to letting us know that grandma and grandpa are safe. “This is what technology enables,” Travis explained. “By creating this hub here, I think what we’re talking about doing is transforming Aberdeen’s economy to be something that looks forward into the 21st century. The best way to predict the future is to create it.” // – Becca Simon

If you are interested in creating things, or have a family or friend who is, Travis encourages you to get in touch with CREATE. They are interested in accepting volunteers and summer interns, as well as people who may be interested in donating equipment or memberships. You can connect with them on Facebook at Create with Ease or email them at [email protected].