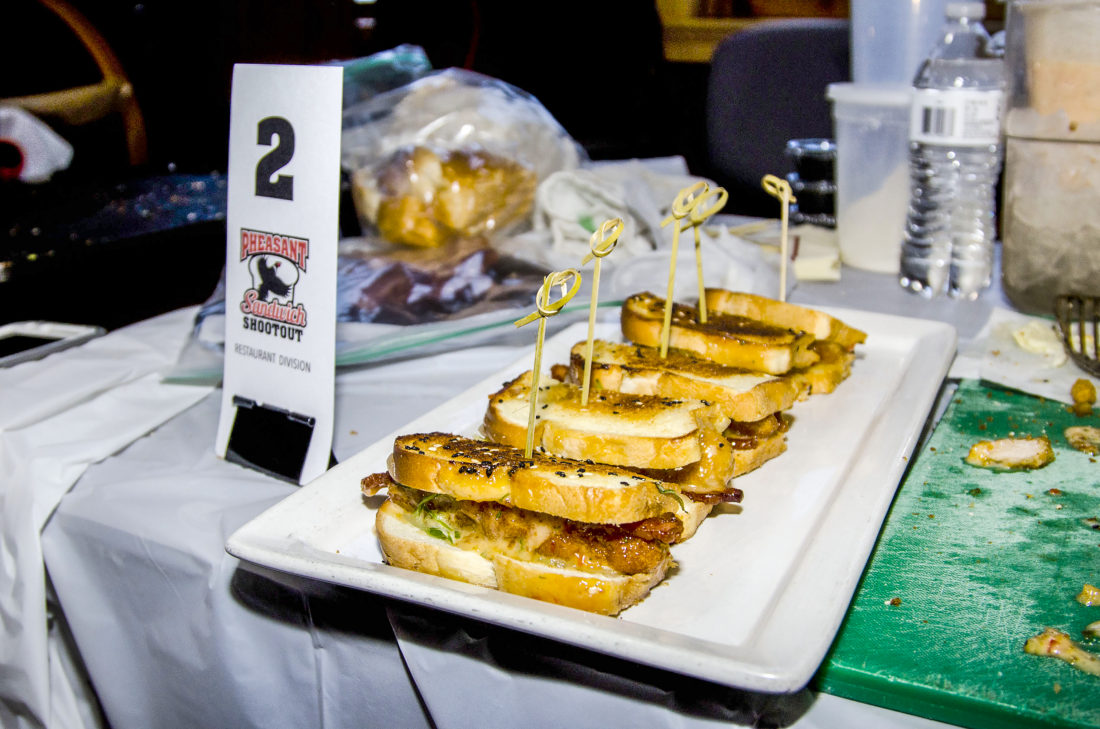 This past November, the Aberdeen Area Convention and Visitors Bureau hosted the first ever Pheasant Sandwich Shootout cooking contest at the historic Milwaukee Depot. A total of 11 contestants, eight in the home chef category and three in the restaurant chef division, brought their culinary creations in front of a panel of judges who sampled the sandwiches and had the tough job of determining a winner.

The event started with an open house in the afternoon where about 120 people came in and sampled classic pheasant sandwiches while touring the depot and James Valley Model Railroad Club display. Pheasant canteen ladies, who helped serve pheasant sandwiches to troops passing through Aberdeen during WWII, were on hand sharing their stories, as were many veterans with experiences of being at the depot and shipping out from there during their time in the service. // — Jenny Roth