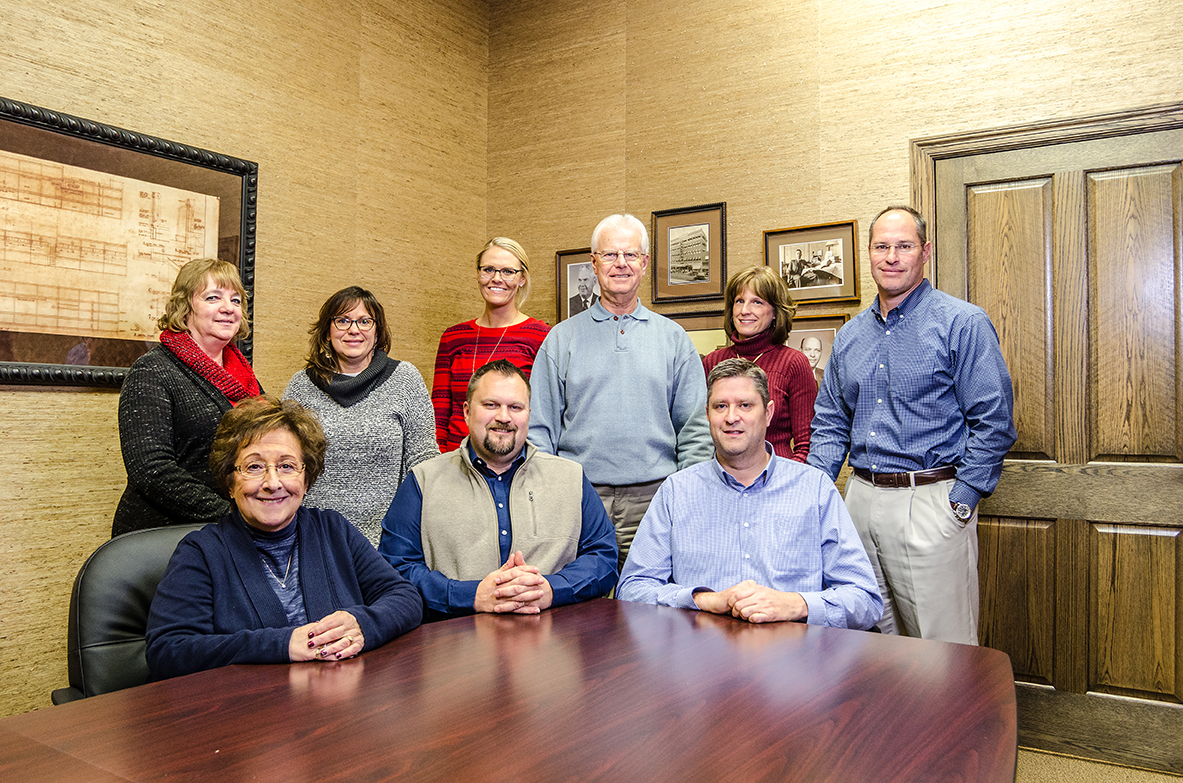 Rhodes Insurance and the Anderson Agency are two companies that were founded in Aberdeen during the city’s very early days. They have thrived over the years by moving forward and navigating changes with their clients, whom they think of as partners, throughout each new decade.

In 2010, the two businesses merged and became RhodesAnderson Insurance. They currently have eight employees and four managing members, Rod Fouberg, Art Russo, Justin Kiesz, and Tom Seyer. Tom, who began working for Rhodes Insurance in 1991, says the ease at which the two companies joined was nothing short of impressive. “One of the reasons we were attracted to the Anderson Agency was that they did things the way we do things. We knew they were the same type of agency as far as how they treated their employees, and how they were respected by their clients and peers. After working together for just a year or two, it felt like we had always been working together. It was a really easy transition.”

RhodesAnderson is a multi-line insurance agency, meaning they write property-casualty insurance, life insurance, and health insurance. They can help operations of all sizes, from large specialty businesses to small ones, find coverage. Because they work with a multitude of insurance companies, they are able to find the best fit for each unique client. Tom explains, “Cost is a consideration, but from our perspective it’s not just about that. We want to make sure that when someone has a claim they have coverage for what they need.”

The agency does very little official advertising and relies mostly on personal recommendations from their current clients. Remarkably, their client retention rate is well over 90 percent. They have customers that have been with them for as long as 40 or 50 years, and are starting to see these long-time clients referring their own children to them for their insurance needs. These important achievements speak to their level of customer commitment, especially in a time when there are so many commercials and advertisements that make it sound easy to just go online and have quotes at your fingertips with a few clicks.

However, not all insurance is the same, and RhodesAnderson believes their real value comes to light at claim time. They think of themselves as advocates for the insured, and are available to help clients work with adjusters and get their claims covered. Their agents take pride in being well-educated and knowledgeable in their areas of expertise. According to Tom, “We might not always be the cheapest price, you can always find somebody who can write something for less money, but we bring other value, like long-term care and customer service when claims come in.” 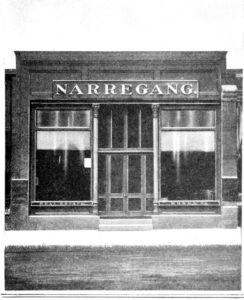 Their well-thought business policies and client relations are no coincidence. To understand the company, you have to go back to its beginning. In the 1880s, eager pioneers were flocking to Aberdeen in hopes of building a life in the small town that was quickly sprouting up around newly placed railroad tracks on South Dakota’s prairie. One of our earliest Hub City entrepreneurs, S. W. Narregang, founded the Narregang Investment Company in Aberdeen in 1882. Mr. Narregang remained an advocate for growth and improvement in the city well into the 1920s. One of his most notable projects was the building of the Capitol Theater on Main Street. In 1918 he went into business with G. W. Hart, the owner of his own farm mortgage company in Watertown, to create the Narregang-Hart Company. The new business provided financial services as well as insurance products. 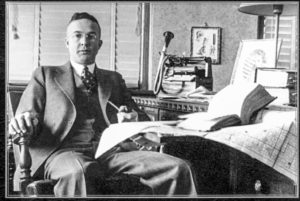 This partnership was later purchased by Mr. E. C. Rhodes and Mr. F. W. Hatterscheidt and continued to operate as the Narregang-Hart Company until it merged in 1936, after which it was renamed to Narregang Insurance. Mr. Rhodes was a strong voice for farmers, especially during years that proved difficult for them financially, and spent much of his time learning about their situation and then working with the government and lenders to improve their livelihoods. Notably, according to RhodesAnderson’s website, during the 1930s and Great Depression era Mr. Rhodes, “managed hundreds of clients and led them through the reorganization that followed.” Among other ventures, he is also the founder of the well-known Dacotah Bank.

Also during the 1930s, Clifton ‘Clif’ Anderson opened the Anderson Agency in the Citizens Building in downtown Aberdeen. The agency continually grew over the years, and Clif led his company with great customer service and the motto “When the policy is sold, our job has just begun.” His son Carl Anderson joined the business in 1966, as did his son-in-law Dennis Disbrow in 1974. Carl just recently retired, and Dennis is the vice president as well as a commercial and professional liability specialist at RhodesAnderson today.

If you asked anyone at RhodesAnderson why they think their organization has been able to stand the test of time, they will tell you that the key to their longevity has everything to do with great leadership and conscientious ownership. The Andersons, Mr. Narregang, Mr. Rhodes, and others all had huge impacts on the history of the city of Aberdeen. More importantly, they set positive examples of what it means to be good corporate citizens and taught those practices to the younger generations.

Tom says he feels fortunate to have spent his time learning from people who knew how to run a business well when he first started working for Rhodes Insurance after college. “Something that has been passed down to all of us at RhodesAnderson is that it’s not just about making money, but about treating employees and clients well, and giving not just financially, but in the form of your time, back to the community. We have a well-respected and long-engrained name, and that is the thing we are working to carry into the future.” // –Troy McQuillen

To learn more about RhodesAnderson Insurance, stop in at their office at 401 S. Main Street, call 605-225-3172, or visit their website at www.rhodesanderson.com.