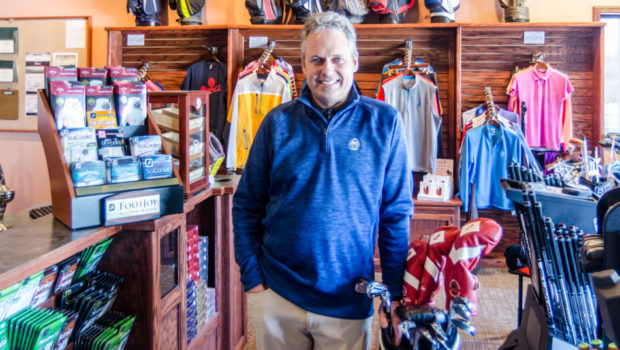 Published on April 30th, 2018 | by AberdeenMagazine

The South Dakota Golf Association (SDGA) Hall of Fame recently welcomed a new member who is a familiar face in Aberdeen. Dean Zahn, Head Golf Professional at Moccasin Creek Country Club, was inducted into the hall of fame in January.

Dean has been helping others improve their swing at Moccasin Creek for over 25 years. He is especially credited for his instrumental work in developing junior golf programs in the state, such as First Tee and the PGA Junior League. Entering the SDGA Hall of Fame is an accomplishment he shares with his father, Aberdeen native Ted Zahn, who was also inducted in 2012.

In order to be considered for the SDGA Hall of Fame, nominees have to meet requirements showing their skills and accomplishments, as well as their contributions to the game of golf. Jeff Stockert, a member of Moccasin Creek, nominated Dean for the honor this past summer. In regards to Dean’s influence, Jeff said in a letter, “His dedication to the game, to the kids, the membership, and to growing the game of golf is impressive and outstanding, year in and year out, for over 25 years. Our club, our game, and thousands of players young and old who have been touched by his passion are all better for the experience, both as players and as people.”

Moccasin Creek is proud of the achievement, and an induction party will be held this spring. // — Jenny Roth