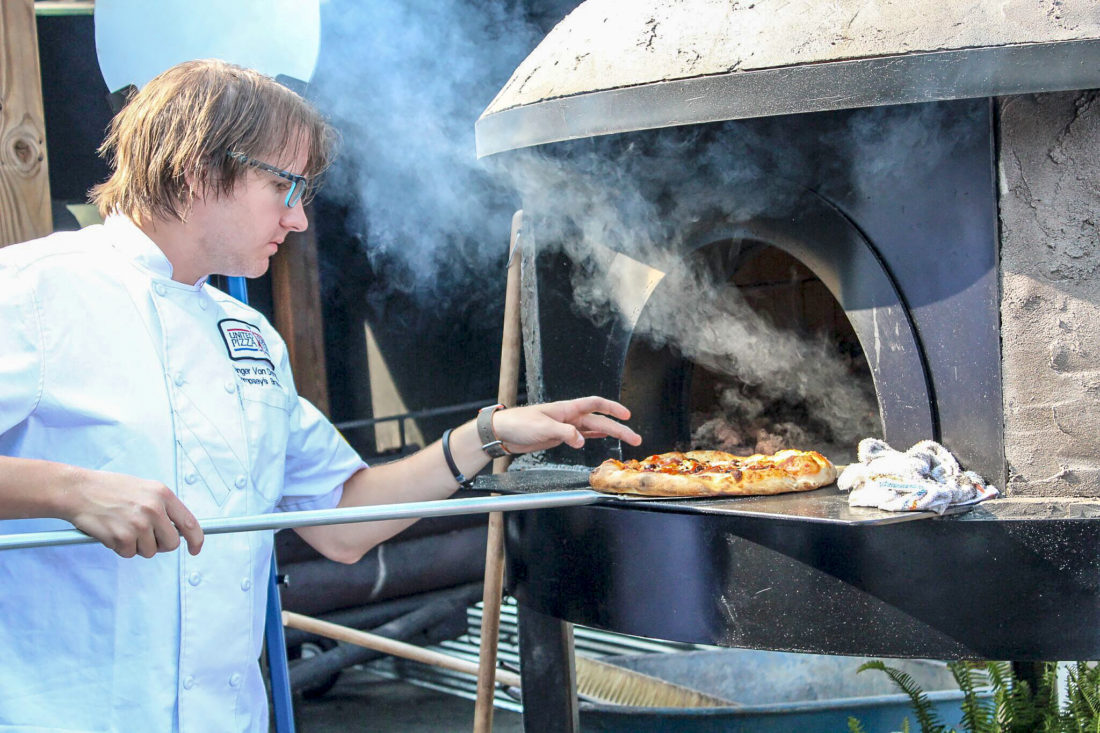 Food-lovers, rejoice: a new restaurant featuring homemade specialty pizzas and a variety of draft beers is set to open in Aberdeen this summer! Sean Dempsey, executive chef and owner of Dempsey’s Brewery, Pub & Restaurant in Watertown, says he plans to have his pizzeria, Danger von Dempsey’s Pizza and Brewhäus, ready for customers at 1023 S. Main Street in a few months. “My goal is to be open in time for my 30th birthday on July 30.”

Bill Dempsey, Sean’s father, founded Dempsey’s in 1999. Since then, the restaurant has received recognition and awards on a national level for their food, brews, and service. In recent years, their homemade brick-oven pizzas have put them on the map even more. Sean’s pizza took first place in the 2017 Northwest Division of the International Pizza Challenge in Las Vegas, and received 10th place overall nationally. He says his Aberdeen location will be a smaller pizzeria with up to 70 or 80 seats, and have a menu packed with different kinds of pizza, calzone, and salad options. Dempsey’s is also the second oldest brewery in South Dakota, and they’ll be bringing their in-house brews to Aberdeen as well. “This is our first expansion and my big dream, so I’m looking forward to being there and meeting everybody, and opening the door for people and welcoming them into the restaurant,” Sean says. // — Jenny Roth