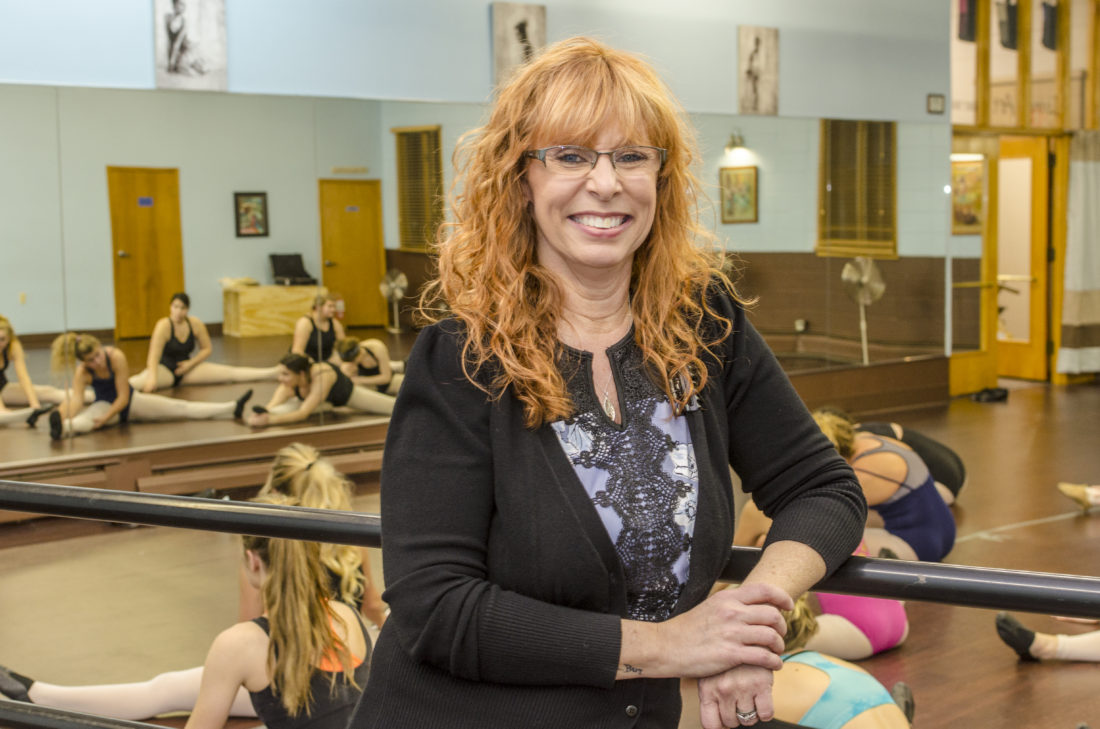 It’s spring, which means the dancers and instructors at Living Art Dance Studios are busy putting together the final touches on routines they’ve been practicing for months, and are getting closer to recital night, their season’s big finale. The studio is busy, inviting, and true to its name-alive with movement and the performing arts. Students here range in age from preschoolers through seniors, and practice a wide variety of dance, including ballet, tap, jazz, modern/contemporary, musical theater, pointe dancing, dance team routines, and Irish dancing. Many of the parents who bring their children here for classes were also dance students themselves of the studio’s owner, Vicki Schnoor, when they were growing up. Vicki says, “Our studio is smaller, so it gives me a chance to get to know my students better, and for me the best part of what I do is getting to see past students I taught as adults now bringing their kids here.”

Dancing has been in the spotlight everywhere in recent years, maybe thanks in part to the popularity of TV shows like Dancing with the Stars or So You Think You Can Dance, and Aberdeen is no exception to the trend. Thousands of students participate in area dance classes here every year. The Aberdeen Recreation and Cultural Center’s city-run dance program alone has about 800 dance students. Vicki has been a dance instructor for over 30 years in Aberdeen, and has owned Living Art Dance Studios for nine years. She says she’s glad to see dance getting more exposure, because it gives kids the opportunity to understand and appreciate it. If you haven’t taken a dance class, you might assume it’s just tip toeing around and twirling in a tutu, but in reality it’s as equally challenging as any other sport, and requires strength, endurance, balance, and the ability to memorize choreography. Vicki explains, “In dance you work as hard as a football player, and smile while doing it. It’s athletic performance and art combined with music, so we really get the best of both worlds. Every aspect of it is humbling to me, and I really enjoy that I get to be a part of it.”

With dance growing in popularity, Vicki has created a niche for her studio that sets it apart. Living Art is an educational facility, meaning every grade has a dance curriculum and certain skill set they accomplish before moving on to the next level. Between her two locations, one in Aberdeen and one in Watertown, Vicki employs about 20 dance instructors and staff. She trains all her faculty to teach the same dance curriculum, so that in every grade level no matter who the teacher is, each student is learning the same material. “We really pride ourselves in that work we put in to form teachers who all teach the same things, so that each year when the kids come in they might have a new teacher, but they’ll have the knowledge and skills built from the grades before to be learning at their appropriate level.” Vicki is also one of three teachers in South Dakota who can sponsor a dance instructor for their Cecchetti certification, an internationally recognized ballet method and syllabus.

This year she will have eleven seniors graduating from her dance school in Aberdeen, and seven from her school in Watertown. All of her students have requirements that they meet to graduate, one of the most important being ballet. She says, “Our students do ballet because it’s your core in dance, everything else builds from it. It’s the starting point for equilibrium, balance, and coordination, and most of the terminology for other types of dance comes from ballet.” She also adds that the goal is not to have a student go on and dance professionally, but to give them a taste of all different types of dance, and to help them grow in self-discipline and self-confidence. “Dancing is secondary to all of that and just the icing on the cake.”

Vicki got her start in dance when she began taking lessons from Johnny Cavelle when she was just four years old. Johnny, who recently turned 80 and lives in Tulare, is a well-known dance instructor in Northeast South Dakota who influenced countless students. When he retired nine years ago, he owned five dance studios in Aberdeen, Watertown, Huron, Milbank, and Redfield. Vicki started working part-time for Johnny’s Aberdeen studio when she was 16, and continued to teach dance there for 26 years before taking over the Aberdeen and Watertown locations upon his retirement in 2009. Chad Hansen and Andrea Conklin took over the remaining three studios, and Vicki says they all work together to help each other out with things like choreography, backstage help on recital nights, and costuming.

One of the best things about owning Living Art Dance Studios for Vicki, in addition to getting to see the next generation of dancers coming in, is that she’s able to provide the same opportunities that she had to others. “When I was five years old I told Johnny that I wanted to be a dance instructor just like him. Working in the office and as an assistant teacher here was my part-time job growing up, and so what I love about being a small business owner now is that I can employ people and have the same types of jobs that I enjoyed doing as a kid available to other high school and college kids. This is what I’ve always wanted to do.” //–Jenny Roth