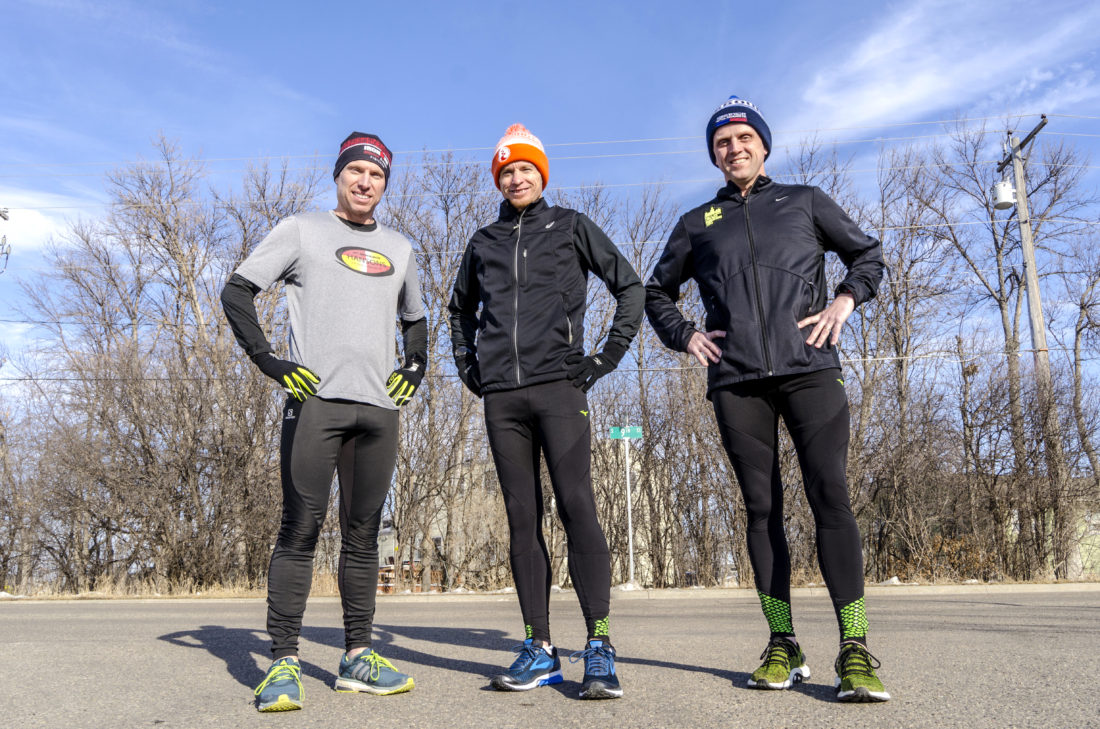 To succeed, you have to put in the miles, just ask elite runner Jeremy Van Veen

After finishing his first Boston Marathon a few years ago, Jeremy Van Veen said he’d never run it again. The race is difficult, and requires that most runners qualify by time during a certain date range, and only on specific courses, to participate. Then last year, some of his friends decided to try and qualify for the 2018 Boston. They invited Jeremy to join them, but he was still reluctant to repeat the race and carve out time for the hours of training. Besides running for the 605 Running Company from Sioux Falls, Jeremy is also a husband, father to five children, and works the midnight shift at 3M. While attending an event at his children’s school a few months after the invite, he got the message that his friends had qualified. He decided if they were going, then he’d give Boston another try too.

In the fall of 2017, on the last day to qualify for the race, he made the cut by completing a marathon in Sioux Falls. While he easily beat the qualifying time of 3 hours and 10 minutes with his 2 hours and 39 minute run, his training leading up to the race wasn’t what he had hoped for. A few months before the Sioux Falls run, both his aunt and father-in-law passed away from cancer. He says, “By the time I got to Sioux Falls I just wanted it to be over with. I could have probably run it faster, but with everything that happened that year, it is what it is. I was happy to qualify even though it wasn’t a very good day for me, and knew that now that I was in, I could take a break, refocus, and get ready for Boston.”

The Boston Marathon took place this year on April 16, and at printing time we didn’t have Jeremy’s results. Both times he ran the race he had the fastest time in the state going in, and his best marathon times are around 2 hours and 26 minutes or 2 hours and 28 minutes. Along with the two Boston Marathons and the one in Sioux Falls, he’s also competed twice in the Chicago Marathon, and once in the Fargo Marathon.

Jeremy grew up in Milbank and started running in 7th grade. He says he wasn’t coordinated enough for football, but found he was good at running, and by 8th grade it had taken off. Throughout high school he held top positions in cross country and track. After high school he and his wife had their first child, and he stayed in Milbank for two years after graduation before going to college at SDSU. He walked on to the SDSU cross country team in 2002, and was a part of their last Division II program that went to nationals before they switched to Division I. Nontraditional students aren’t allowed to compete in Division I, but after being contacted by NSU, he finished his remaining two years of college running in Aberdeen.

After college, he decided to take a break from running for a few years. The first time he attempted a marathon was in Fargo, but he was unable to finish the race and ended up dehydrated and in the emergency room. Later, he signed up to run the Sioux Falls Marathon, and as part of his training he ran the half marathon at the Aberdeen YMCA’s Bull Run. His time there qualified him to run in the elite bracket at the Chicago Marathon, which ended up being one of his first big races after college. Out of the roughly 40,000 runners in Chicago that year, he finished in one of the lead groups with an impressive 53rd place.

Next year Jeremy turns 40, and he plans to run some half marathons and marathons in the masters division for about a year. Afterwards, he wants to keep running, but not at the competitive level. He’s even thought about someday joining the 50 State Club, a group of runners that runs a marathon or longer in every state. “Running races is a good way to get out, socialize, and meet people.” As for community support, he gives credit to the 605 Running Company, Shoe Science in Aberdeen, and also the city of Aberdeen. “Without Shoe Science and the 605 Running Company I wouldn’t have all the shoes and gear needed to run outdoors during all the cold months. I wouldn’t be able to be out here if it weren’t for them. They always go above and beyond. And we’re lucky in Aberdeen because our bike paths are always cleared right away, even in the winter, the city does a great job of keeping those open all the time so people can use them.”

To train for long races, Jeremy follows a workout plan made by his coach, Grant Watley. Most days he’ll do a run in the morning after dropping his kids off at school, and then will put in more miles later in the afternoon before working the night shift. He says multiple things keep him motivated to stick with his busy schedule. “In high school I was always a top runner, but never won a state title. In college I always wanted to go to a national track meet, but never quite qualified. So that fuels me to keep wanting to do this. Plus, now it’s also to show my kids to keep doing what they’re passionate about, and to just succeed and never give up.” // – Jenny Roth