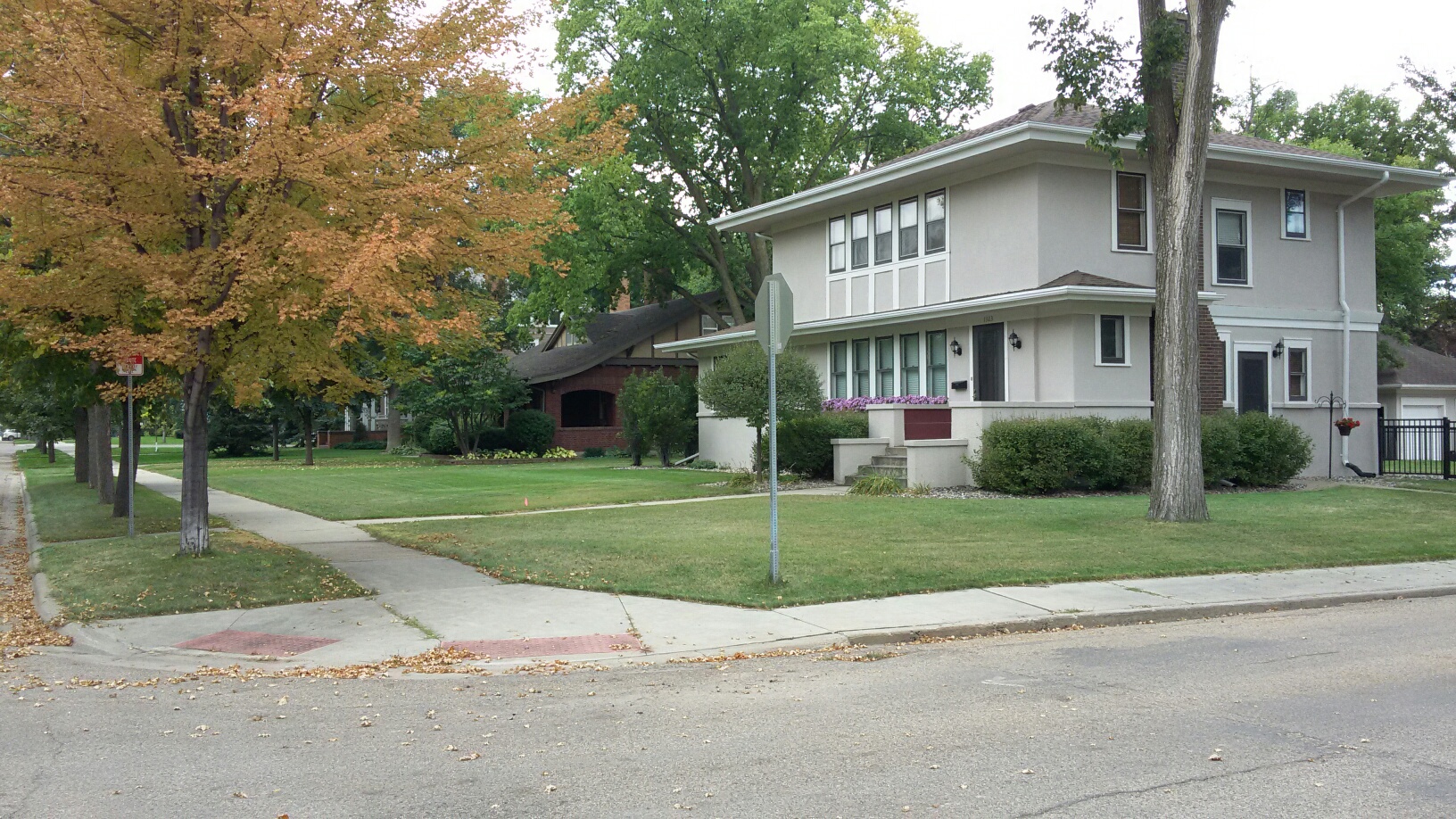 A historic home in caring hands

Chances are if you buy an old, historic home that’s in livable condition, you’re not going to make a ton of money when you resell it. Fortunately, most people who buy homes like these understand this, and invest in the house because they want to be the next stewards and caretakers of a community icon.

Dr. Kenneth Boulton was hired as the dean of fine arts at Northern State University in 2016. When he and his wife, JoAnne Barry, moved to Aberdeen, a historic home was definitely on their radar. Square footage was also a factor for them in their home search because they needed a space that would fit not one, but two, grand pianos. As luck would have it, the Alway House on North Main Street became available. This iconic, Prairie Style house is located in the Highlands Historic District that encompasses three blocks of Main Street homes from 12th Avenue NE to 15th Avenue NE. Their offer was accepted, and they became the fifth owners of this splendid 1914 house.

JoAnne got to work immediately on her new house by removing boxy radiator covers, decorating, painting walls, updating some doors and light fixtures, and of course, doing some research on the house itself, as she is an avid researcher and historian. She learned about the people who first built the house, found out who the subsequent owners were, and discovered who the architect was. Surprisingly, it wasn’t a famous Prairie School architect, but rather, Aberdeen’s own John William Henry, or J.W. Henry. Henry designed the house and oversaw construction. His name is not one you probably recognize, but Henry is responsible for numerous buildings all over Aberdeen and the region, many of which are still standing.

When architects Frank Lloyd Wright and Louis Sullivan were developing a style that later became known as Prairie Style, they concerned themselves with design motifs that were carried out throughout a building. The motif would appear in windows, furniture, walls, woodwork, landscaping, and flooring. In the Alway House, the theme or motif was an arrow, though no one knows why. The arrow appears in a wood screen between the dining room and living room, the staircase, and the stained glass windows in a very unique nook. It isn’t subtle, causing much intrigue. JoAnne has the original blueprints for the house, which do indeed include the arrow motif.

The Alway House is not a huge house. But given the fact it was built in an exclusive part of town, it naturally retained elements of luxury. For instance, there are remnants of a second stairway that would have led up to a small bedroom reserved for the maid. Quite often, service staff would have their own entrances and stairways in old homes to stay out of sight of guests.

JoAnne and Kenneth love to entertain, and due to the NSU connection, they find different age groups respond differently to the unique features of the house. Students are instantly drawn to the nook and quickly plop down on the built-in benches, while adults are drawn to the bookcases and grand pianos. Needless to say, they love showing off this historic landmark. Fortunately for Aberdeen, this house is in wonderful, loving hands that will preserve it into the future. // – Troy McQuillen

Dr. Robert Douglas Alway was a prominent physician in Aberdeen during the early part of the last century. He came to Aberdeen in 1901 and established a practice as an eye, ear, nose, and throat surgeon. He was a major investor of the 1920 Murdy Clinic, built on the corner of Lincoln and Fifth Avenue SE and designed by J.W. Henry. His name also appears in the development of the new Aberdeen Country Club in 1926. He passed away in December 1929. 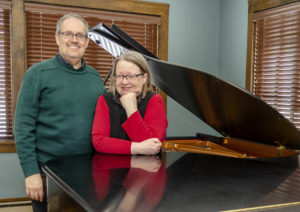 For over 28 years, Kenneth Boulton and JoAnne Barry have presented both piano duet and duo concerts throughout the United States and Europe, highlighted by appearances in England, Russia and Germany. They have also recorded music of William Mason on the Naxos label. Enthusiastic advocates of piano ensemble playing, the husband and wife team are in demand for their lecture-demonstrations of four-hand technique and repertoire.

Originally from Seattle, Kenneth received his bachelorís degree in piano performance from Washington State University, and masterís and doctorate degrees in piano performance from the University of Maryland at College Park. Currently, he is Dean of the School of Fine Arts at Northern State University. His recording, LouisianañA Pianistís Journey, was released on the Cambria Masterworks label and nominated for a 2007 GrammyÆ Award for Best Classical Instrumental Solo without Orchestra.

A native of Alexandria, Virginia, JoAnne holds a bachelorís degree in organ from James Madison University in Harrisonburg, Virginia, and pursued graduate study in musicology and organ at Radford University, also in Virginia. Following completion of the Master of Library Science at the University of Maryland, she served as archivist for the Philadelphia Orchestra Association from 1990-2004.

Together Kenneth and JoAnne host a piano duet festival in the summer. Students of all ages and piano proficiency are encouraged to participate in this four-day event. The 2018 NSU Piano DuetFest will take place June 4-8, 2018 on the NSU campus. Contact Dr. Kenneth Boulton for more details at 605-626-2497 or email at kenneth.boulton@northern.edu.