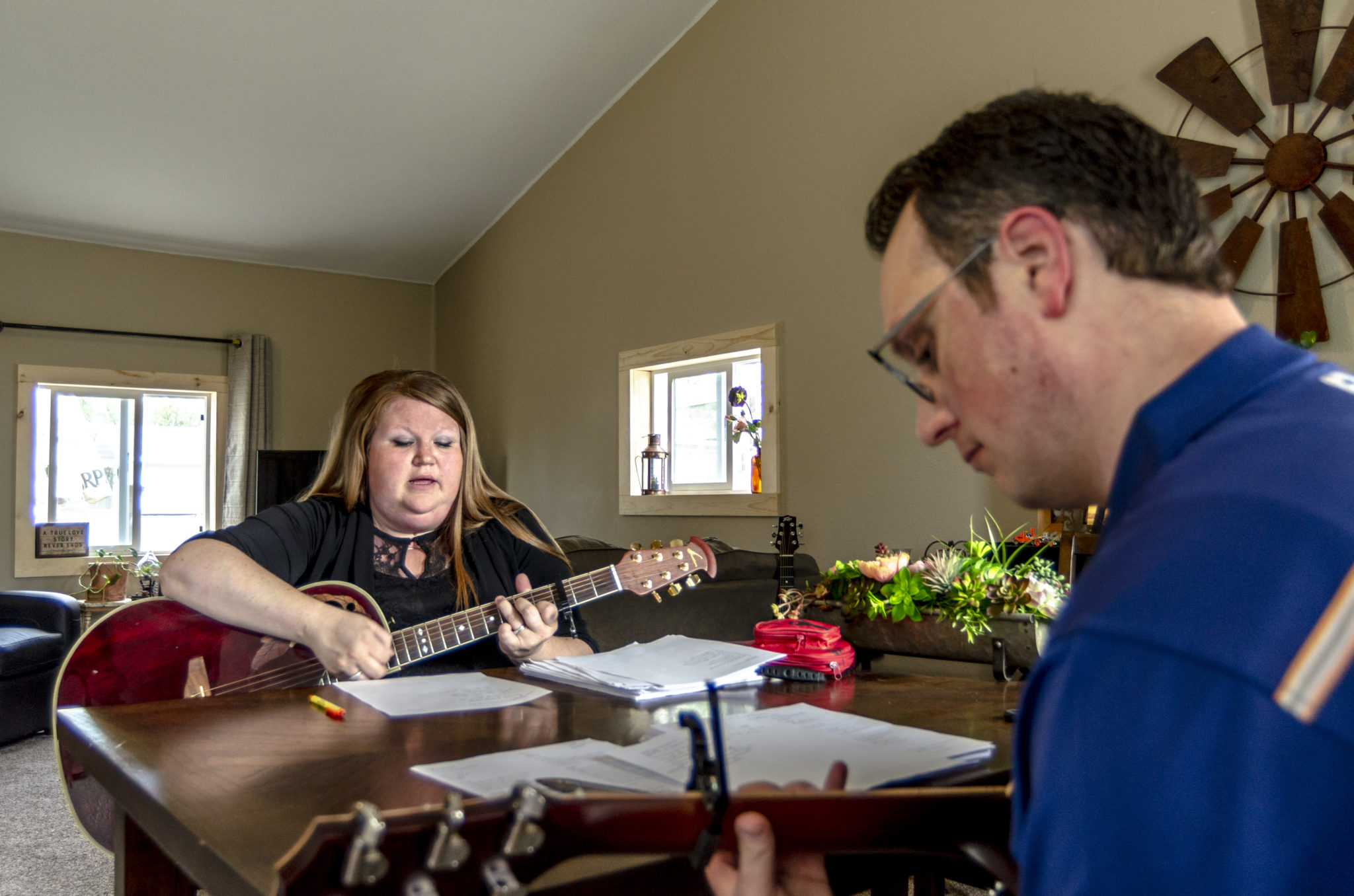 Guitarist Hannah Jepsen is always looking forward to her next song 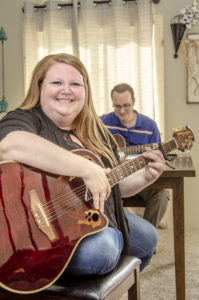 Hannah Jepsen gives guitar lessons to a handful of students, including Dr. Ty Hanson, each week from her home in Aberdeen.

Hannah Jepsen’s philosophy on learning to play the guitar is to simply close the book and get strumming. In the 18 plus years she’s taught guitar lessons, she’s learned that people don’t want to play songs they don’t like listening to. So instead, she teaches them to play the music they do like. “I don’t necessarily follow a lesson book. If you hear a song on the radio and like it, that’s what you’ll want to learn to play,” she explains.

Besides enjoying the music they create, Hannah also wants her students to feel confident in their abilities right from the start. To do this, she makes sure they walk out the door of their very first lesson knowing how to play a whole song. For her young students, the first song they learn is almost always “You Are My Sunshine,” the same song she started out playing as a young girl.

Hannah became a guitarist at age seven, but it actually wasn’t the first instrument she pursued. “In first grade I took piano lessons, but that only lasted about two weeks. My dad then said to me, ‘You can take a guitar anywhere,’ so I decided to try guitar lessons. I loved my teacher right away, and was hooked from there.” By her sophomore year of high school, the Roscoe, Minnesota, native was teaching guitar lessons as a part-time job, as well as singing and playing for weddings at her church. She’s kept up both of these side gigs ever since.

Currently, Hannah has a handful of guitar students who range in age from eight to 40 years old. She teaches lessons a couple nights a week out of her home in Aberdeen, in addition to working full time at the Department of Health and part time as a massage therapist and wedding decorator. The active wife and mother also plays guitar and sings for multiple wedding ceremonies every year. Often times when she sings at one wedding, it ends up leading to another. “I book a lot of events during the weddings I’m singing at because couples usually have friends at their ceremonies that are also planning on getting married in the near future.”

Hannah says social media has been another great resource for growing her business, Music by Hannah. “My first guitar student was a friend of mine who wanted to learn. After that, it grew by word of mouth and from students sharing posts on Facebook about where they were taking guitar lessons.” Perhaps the most unique way she’s gained a new student over the years was by an advertisement she placed on the side of a derby car. She says, “What’s kind of cool now is that I have former students who are guitar teachers themselves, teaching the next generation how to play.”

In the early 2000s, Hannah recorded two CDs while living in Minnesota, titled Just Me and What Christmas Means To Me. Then in 2004, she moved to Aberdeen. She says it was easy being a new musician to the area, which is one of the reasons she continues to call Aberdeen home. “This is really a musical and theatrical kind of town. There are always events going on, and between those and the active NSU community, it isn’t hard to find people here who like to talk music.”

Hannah regularly adds her voice to the Aberdeen music scene by going to local nursing homes a couple times a month and singing “some good-old music” for the residents. This July, she will also take the stage and perform for the fourth time at the annual Blues, Brews & BBQ Festival at the Fairgrounds. Just like in teaching guitar lessons, she isn’t afraid to leave the book and sheet music behind while performing. “My style is mostly contemporary country, but I like to take the song I’m covering and do my own thing with it.”

Guitar lessons, weddings, music festivals, recording studios, nursing homes. Hannah is definitely proving you really can take your guitar anywhere. The best part for her though is that even after playing for so many years, it still doesn’t get boring to pick up the same instrument. “You’re never done learning the guitar, there’s always a new song to play.” // – Jenny Roth

For more information on Music by Hannah, find her on Facebook or at www.musicbyhannah.weebly.com.