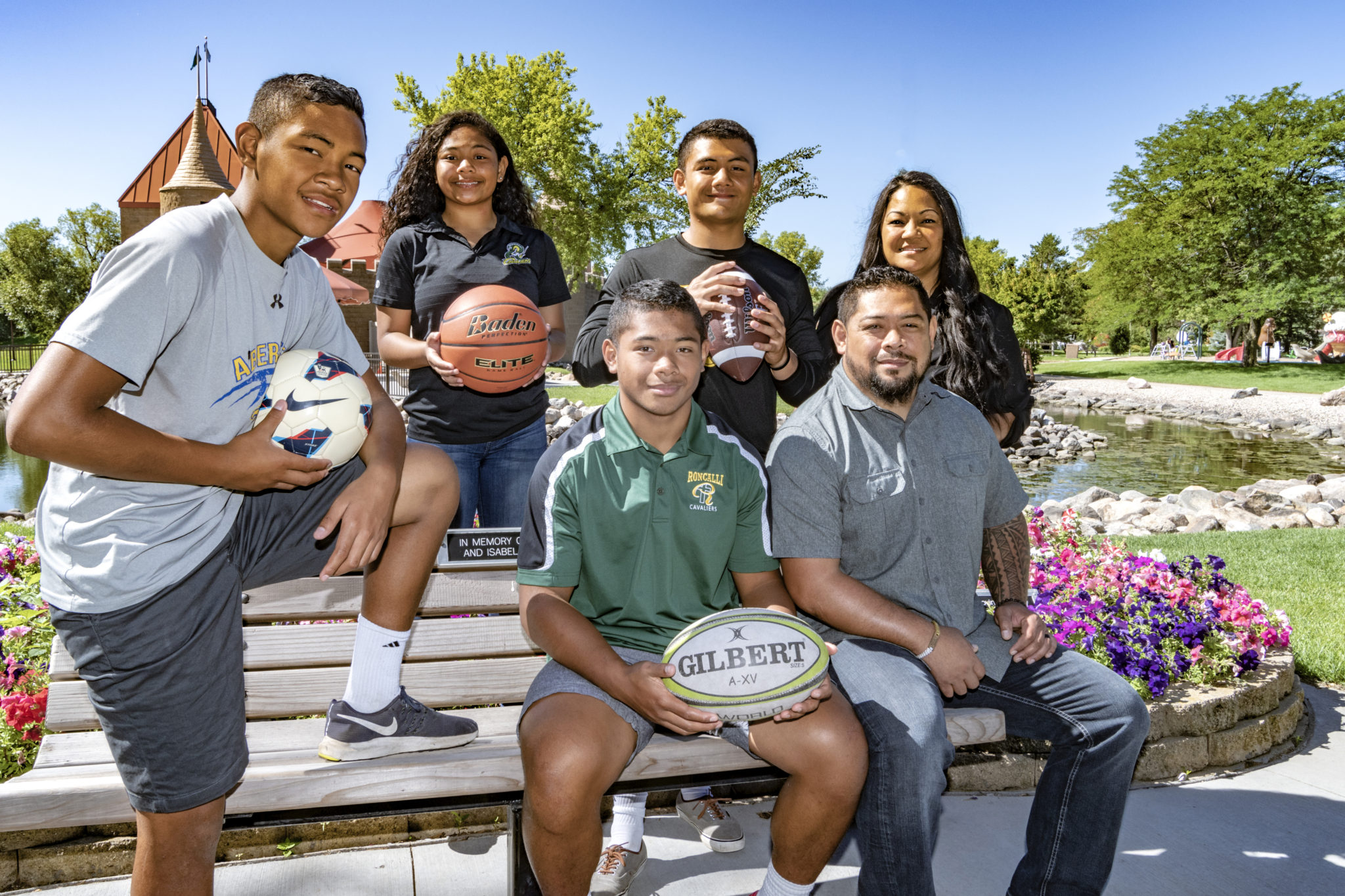 If you get the chance to meet Salesi and Mele Mounga, you’re guaranteed two things. The first is that you’ll be blown away by the kindness they extend to everyone around them. And the second is that their sense of humor is going to make you laugh, probably at least a few times. The couple has been married for 20 years, and they joke about the unusual location they chose for their honeymoon: Aberdeen, South Dakota. Mele remembers, “We got married in Utah on Thursday, and then that Sunday we started the long, 18-hour drive to Aberdeen.” Salesi adds, “Actually I think it took even longer than that to get here, because we got lost.”

Salesi and Mele were both born in Oahu, Hawaii. They met years later while living in Utah, and at that time neither of them imagined creating their life together in Aberdeen. Salesi attended Snow College where he graduated with an associate’s degree and was recruited to play Division I football for the University of Maryland, until an injury hindered his plans. The following season, his older brother, Peni Mounga, went on a recruiting visit to NSU that had been orchestrated by their cousin, Lisiate Otuafi, a former NSU Football All Star. Peni and Lisiate understood that Salesi wanted to go to school and play football as well, but that he would need some convincing to move to South Dakota. So a home video was produced to show him what Aberdeen was like. Sort of. “The joke is we got here on a lie,” Salesi laughs. “The video was exciting and made it appear that downtown Main Street was super busy. My cousin got down on the sidewalk and filmed the Capitol Theatre lights to make it look like it was this big city and said, ‘See it’s a big city, and they have a huge Division II football program, come out here.’”

The home video did the trick, and Salesi and Mele both enrolled at NSU, with Salesi also on board as a free safety for Coach Ken Heupel’s football team. The Moungas still remember the culture shock of seeing Aberdeen for the first time. Having never been to South Dakota, they stopped at the M & H Gas Station and thought they were at another gas stop along the way, when Lisiate pulled up. “I thought maybe he was meeting us halfway to greet us or something, but he was laughing, literally laughing. That was our introduction to Aberdeen.”

Along with finding out the town was smaller than they had imagined, and that the climate on the plains was a lot different (and colder) than the mountain region they had loved in Utah, another obstacle surfaced. People in Aberdeen were unfamiliar with Polynesians, and Salesi and Mele quickly found a routine to help avoid some of the social challenges and differences. Being newlyweds and finding those social circles on and off the NSU campus also made daily life interesting. 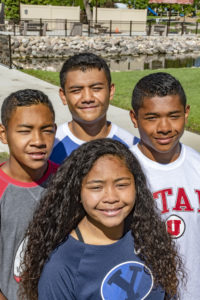 But instead of shrinking back, the Moungas and their family members decided to share their culture and bring more diversity and understanding to the Aberdeen community. Coach Ken Huepel had established a junior college influx and recruitment pattern at NSU, and over the next few years the university would host nearly 70 Polynesian students and families on campus. The Moungas say it was encouraging to be around people they knew, but that they could still see others saying, “Who are all these people coming in from out of state?” Because of this, Peni started the NSU Polynesian Club. Salesi says, “Our purpose was to educate, serve, and live the teachings of our parents.” They hoped this education would help eliminate any negative or incorrect stereotypes, and at the same time help others understand their culture and traditions. Club members went to various schools and events in Aberdeen and the surrounding area, performing cultural Polynesian dances and hosting outreach programs. Salesi explains, “Our shows were educational, and even though people sought them out for their entertainment, that really wasn’t the purpose. It was for us to say, ‘We’re in your community, this is who we are.’” Mele adds, “It really helped us feel comfortable because we felt like a part of the community, and accepted as part of the community.”

During their time at NSU, Salesi and his brothers also found other opportunities to share their Polynesian heritage, not only with cultural dances and food, but also with rugby. In 2000, Salesi, Peni, and four other family members and former NSU standout athletes, Naki Angilau, Tefu Bloomfield, Alema Atuaia, and Motulalo Otuafi, started a rugby club and introduced the sport the way their fathers had taught them to play in their childhood. Their club was initially recognized as the Dakota Outlawz Rugby Football Club under the Great Plains Union of South Dakota, and affiliated with USA Rugby, the national governing body for the sport of rugby in America. It continued to grow throughout the Midwest with enormous success as a respected powerhouse club, and eventually gained the support of NSU. In 2007, the club changed its official name to Northern State University RFC, and in 2009, they won the USA Rugby National Championship. Salesi says, “The body of work accomplished by this group on and off the field of play is astonishing in comparison to other teams and academies in their division.” Today, the rugby club continues with guidance from its founding members, and is supported by veteran NSU students. 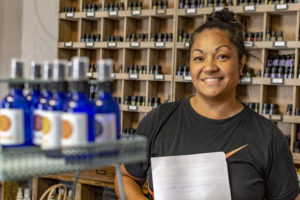 Now that their children are in school, Mele has returned to the workforce. She is currently the client relations manager at The Oil Room, and Salesi works there as well as the director of operations. When they aren’t at the store or attending their children’s activities, they spend a portion of their personal time operating their own health and wellness business with doTERRA Essential Oils. Last year, for their efforts in sales and growth, they came out first among hundreds of others to win a nationwide Diamond Club competition hosted by doTERRA. Mele says, “What we enjoy about working at The Oil Room is serving people and helping them achieve a better and healthier lifestyle. And with our own business, we love having our children be a part of it and sharing our experiences with others and hearing their stories.” 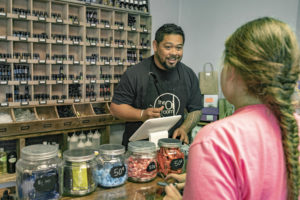 Over the years, Aberdeen slowly became home to the Mounga family. They say this is in part due to all the friendships they’ve made at their church and with the NSU community. As members of The Church of Jesus Christ of Latter-day Saints, they were able to find solid ground with the challenges of day-to-day routines. For eight years while Salesi worked on campus, he, Mele, and their children also lived in the residence halls at NSU. Part of their job was to help students living in the residence halls build healthy relationships and get connected with campus life. When they hosted social programs or made rounds, they always brought their children along. Salesi says, “Students would say that seeing our kids reminded them of their siblings back home, so they’d come to those socials for that family connection. It made for a more family-oriented atmosphere, and at the same time, our kids were getting a lot of attention!” An advantage of living in Aberdeen that they noticed as their children started to grow up is that compared to so many areas, it is a good, safe place to raise a family. Mele says, “Our kids have been able to be involved in so many things here, not only sports but things like show choir, band, debate, and senate.”

One thing the Moungas still struggle with in South Dakota? The long winters. They joke, “Every year people say, ‘Oh this was a mild winter.’ And we laugh because they say that every year.” Although the NSU Polynesian Club is no longer a formal group, Salesi and Mele’s children, nieces, and nephews continue with their family’s tradition, and are the new generation performing cultural dances and outreach activities. Sharing their heritage with their children is important to the Moungas, and in everything they say it is evident that they are centered on their faith and family. Mele says, “We always celebrate our anniversary with our children, even on our 20th this year, we spent the entire day with them. They are truly our blessings.” // –Jenny Roth