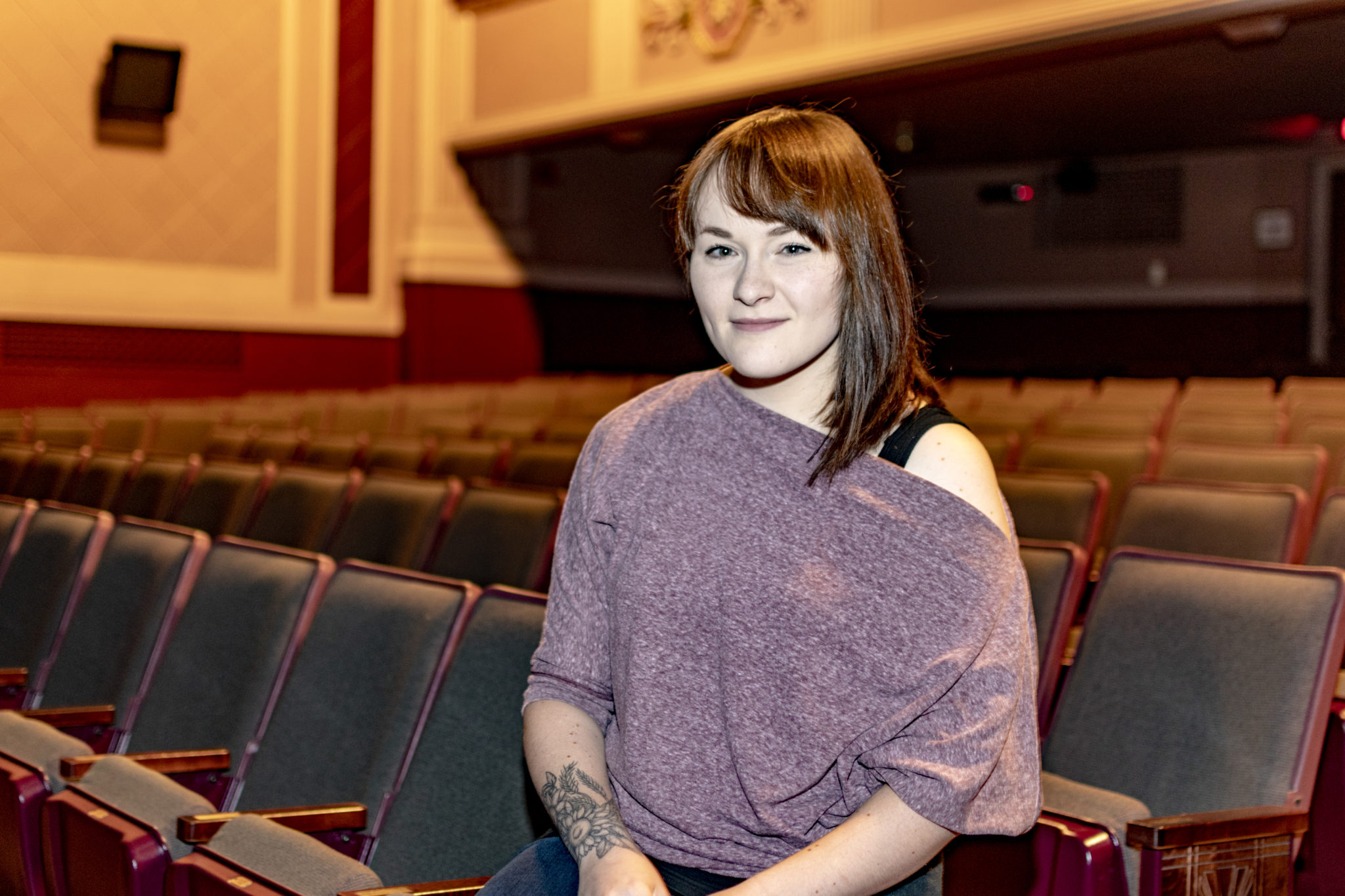 A former assistant technician with the Aberdeen Community Theatre, Charlotte Grandpre says she has always had a heart for films, but making one wasn’t something she thought she could do. “I thought you had to have this huge team with fancy equipment or a degree in filmmaking, and I had none of that.” What she did have was a story. “Right when I walked on stage for the first time at ACT, it just hit me that this would be the most beautiful place and most beautiful story to put in a film, simply because of all the connections that have been made at the theatre, and the history of the building itself.” When the ABDN DOCS short documentary competition was announced this past spring, she decided it was the right time to try making her ACT film. “I just loved this story so much that I decided to go for it.”

Charlotte filmed all the footage for her mini documentary, titled Your Community Theatre, using her iPhone. Other than help with a drone shot and some of the mixing, she put the film together entirely on her own. Through the process, she discovered that she really liked talking to people, learning things about them, and sharing their stories. This realization prompted her to launch Tribute Films, her new business that produces cinematic documentaries and films for nonprofits, businesses, and individuals in Aberdeen and throughout the region. She says her films are different than commercials in that they focus on the core of the business, and getting to know the people in our communities.

While she will continue to volunteer at ACT, Charlotte is now dedicated to telling stories through Tribute Films full-time. About her new venture, she concludes, “It’s for anyone who has a story to share. Everybody’s story is important, and there’s somebody who needs to hear it.” // — Jenny Roth