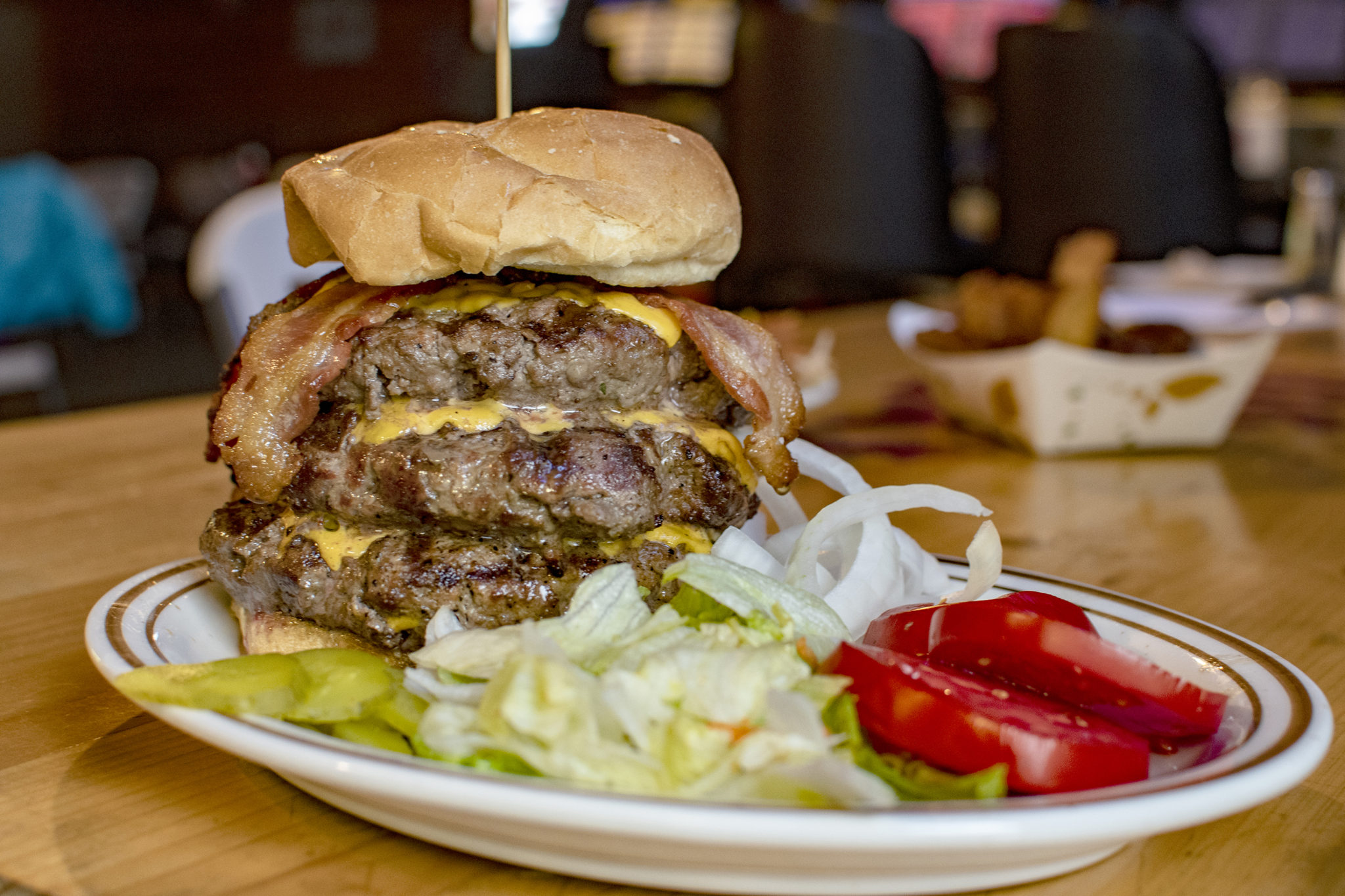 Stacy Gossman has an appetite for sending good food out of his kitchen and onto your plate.

It all started with a group of friends, a piece of poster paper, and lots of whiskey, vodka, and beer.

Many businesses begin from “the ground up,” but Stacy Gossman literally planned, sketched, and built his restaurant, Big Fella’s Bar and Grill. “With the help of five of my buddies, we sat down with paper and a ruler and designed the place. Then we did everything to construct it- the dirt work, excavating, even down to mounting all the equipment on the walls.” With that kind of effort invested into something, it’s no surprise Stacy is proud of the business he’s owned for the past 16 years. “I wouldn’t change Big Fella’s for the world,” he says.

The restaurant’s building isn’t the only thing made from scratch. Since opening their doors in 2002, Big Fella’s has been known for making everything homemade, from salad dressings to in-house smoked ribs to their famous prime rib that they’ve perfected with an 11-hour cook time. True to its name, Big Fella’s also has some menu items with epic portions. If you come hungry, you might try and devour the Big Fella Burger, a 50 ounce meal counting the fries.

Along with dinner, Big Fella’s serves an experience. The kitchen is open, so customers can watch their steaks being hand cut and interact with the people preparing their food. Stacy says this setup makes a personable atmosphere because the kitchen is not hidden in the back, and on a slow night “one person can take your order, fill your drinks, and cook your food.” Patrons can expect to be part of the jokes and behind-the-scenes kitchen banter, and even get some grief from the staff from time to time. “The grill is the TV at my place. If you’re sitting at the bar and facing the kitchen, you’ll see all eyes are glued to what’s happening at that grill,” Stacy says.

Bringing Back the Classics 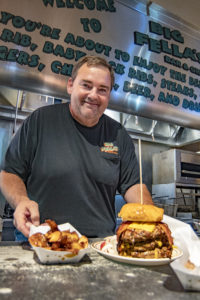 Over thirty years ago Stacy was working at an Aberdeen staple, Scotty’s Drive Inn. When he was passed over for an assistant manager position he left, and didn’t think much about it until the restaurant, which had been renamed to Daddy’s Bar and Grill, was closing. On a whim, he says, “I made a phone call and bought the place without even going to look at it.” The first thing he did was change the name back to Scotty’s and bring the menu back to its originality, with a Big Fella’s twist of course.

For their breakfasts, Scotty’s echoes Big Fella’s in that they make everything homemade, like their sausage gravy, caramel roles, and omelettes. Their Soprano Omelette, also known as “The Killer,” is made with chicken breast, sausage, onions, peppers, sliced mozzarella cheese, and comes with a stick of gum. For lunch and dinner, Scotty’s is all about the American drive-in classics. Think burgers, shakes, pizza burgers, and chili cheese dogs. Stacy says they make their comfort food flavorful, not greasy. “I like to eat, and if it’s something that I know is good, it’s going on the menu.”

Stacy is quick to mention that he’s had a lot of help along the way from both dedicated employees and friends. Cooking is an art he picked up from a handful of mentors, the most notable being his mother. Operating a restaurant kitchen is a skill he’s learned over time, and by observing other well-managed establishments in the area. He adds that while it might seem like owning a business means you don’t have to answer to anyone, that’s not necessarily true. “My customers are my boss. If you think of where Big Fella’s and Scotty’s are located in town, people have to drive past a lot of other places to eat first. So I need to put things on my menu that keep them licking their chops long enough to want to get here.”

Most days you can find Stacy behind the grill at Big Fella’s or Scotty’s, preparing everything from breakfast to dinner. He says he’s happy to be there. “Even if I won the lottery, I wouldn’t want to do anything else. I look forward to going into work every day.” // –Jenny Roth