People
With Voices Together
By Jenny Roth | November/December 2018 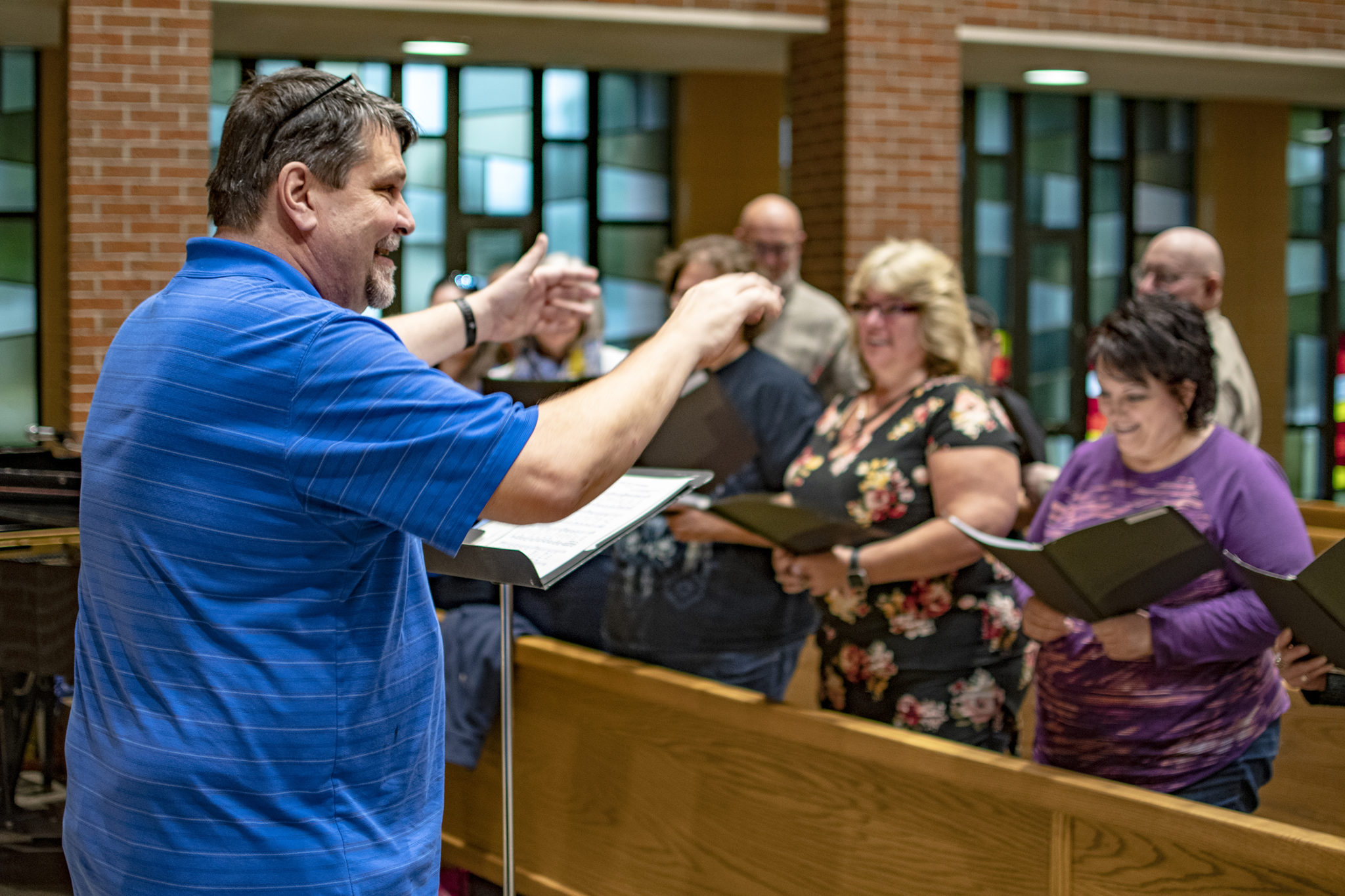 As they rehearse for their second concert season, Richard Wilson takes us behind the scenes with the Aberdeen Area Community Choir

Show tunes? Operatics? Musical theater? Piano? Recorder? Quartets? Soloists? The Aberdeen Area Community Choir has them all. For Richard Wilson, the group’s music director, it doesn’t matter if you think your voice isn’t good enough. More than talent, what he says is most important is a willingness to practice, and have some fun while working toward performance nights. “It’s open. I take all comers. The choir’s for anybody that has any kind of instrumental or vocal performance desire or music skill at least through high school or maybe into college a little bit.”

To successfully organize a community choir that practices weekly all year long, except for a break during the summer months, you need to have both skill and enthusiasm for what you do. Richard has both. A music instructor for nearly 30 years, he says he has always been involved in musical theater in some capacity. Currently, he teaches music at Lincoln Elementary and also sings with the Aberdeen Men’s Chorus and Living Christmas Tree. Before directing the Aberdeen Area Community Choir, he learned how to form regularly performing choirs in other communities through his mentor and friend Weston Noble, the music department founder at Luther College in Decorah, Iowa.

Richard’s voice lights up when he talks about his Aberdeen area choir. The group is just starting its second season, and his favorite part about their inaugural year is going back and listening to their recordings. “We’re not professionals, I have people who like to sing and that’s what I want. In rehearsal I’m focused on trying to do things with the group, but in the end when I go back and listen to the recordings I think, ‘They sound pretty darn good!’” The choir is made up of all kinds of singers, from students to snowbirds, who get together to rehearse every Sunday evening at Plymouth Congregational UCC on Melgaard Road. They’re genres range from songs that are 500 years old and in Latin to modern music. Richard adds, “It’s the least musically restrictive environment that I can create.”

Last year the choir of nearly 30 vocalists performed two concerts, one in the winter and one in the spring, along with sending some members to sing with the NSU Chorus. This season, Richard hopes to have closer to 40 participants. Instead of a winter concert, they’re opting for caroling at elderly care facilities around town during the holidays, and they’re keeping their spring concert while also adding a Choir Festival to the roster. The festival, happening April 7 at NSU, is a fundraiser for Safe Harbor where several community choirs will come together to perform their own pieces and a bass choir finale, directed by NSU’s choral director, Dr. Timothy Woods.

When asked about his plans for the Aberdeen Area Community Choir’s future, Richard says he hopes the group continues and thrives for years to come. The choir is not only a creative outlet for its members, but also an opportunity to make friends and try something new. They’re even looking into the possibility of traveling to Aberdeen, Scotland, someday and performing with community choirs from that region. And while their 2018-2019 season is already underway, Richard welcomes anyone interested in joining to come check out one of their rehearsals to see what they’re all about. “I run a tight ship when we perform, but we have a lot of fun getting there. Otherwise, what’s the point?” // –Jenny Roth