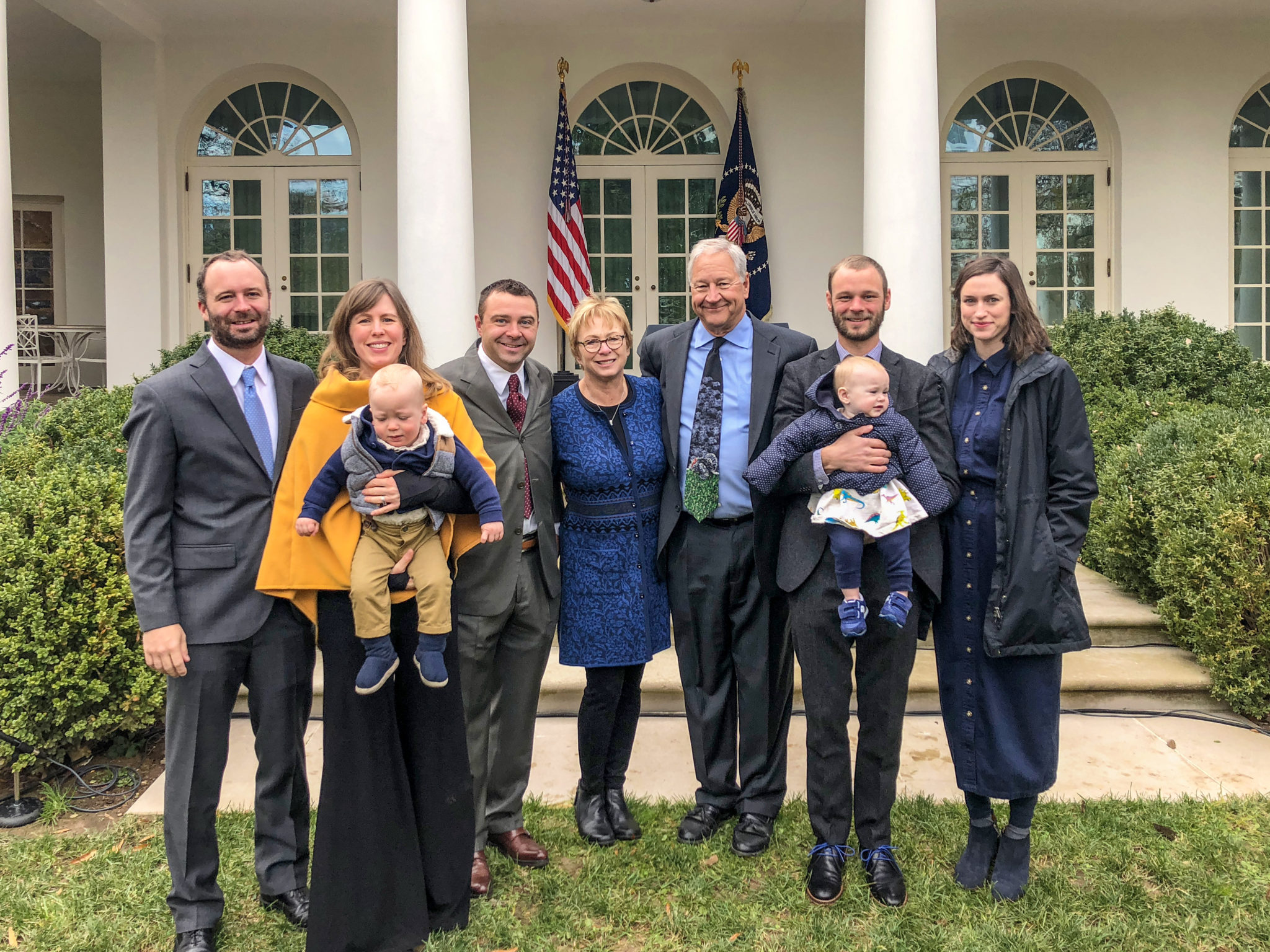 If you’re going to spend Thanksgiving in the national spotlight, you’re going to want to be ready. Peas and Carrots, the first turkeys raised in South Dakota to be pardoned by the president, were indeed well-mannered and putting their best feathers forward upon their arrival in Washington, D.C., this past November. The duo helped the country start the holidays with plenty of laughs and good cheer. This outcome was no doubt made possible by the months of preparation and thought that went into getting the birds White House ready.

Peas and Carrots represented South Dakota thanks to their farmer, Ruben Waldner of Riverside Colony near Huron, and longtime Aberdeen resident Jeff Sveen. As a lawyer, Jeff has served Hutterite communities and their interests as turkey growers for decades. His involvement in the industry led to his election as an executive board member, and then chairman, of the National Turkey Federation. One of the responsibilities that typically comes with this role is determining which turkeys will go to the presidential pardoning ceremony. Without hesitation, Jeff chose birds from his home state for the honor.

After partnering with Ruben and Riverside Colony, Jeff says putting together the logistics for the event really got underway last spring. They first selected about 50 day-old toms from a special breeding flock as potential candidates. “These turkeys got their own building,” and with a bit of humor he adds, “and it had air conditioning, because this was in June. As they got older, we would go through them looking for which ones had good characteristics and personalities.” To get the birds accustomed to people, Ruben interacted with them daily, had radio music playing in their building, and treated them to frequent visits from the children of Riverside Colony. With just days to go until leaving for the U.S. Capitol, they had it narrowed down to the final six birds, ultimately deciding on the two friendly and roughly 40 pound Peas and Carrots. 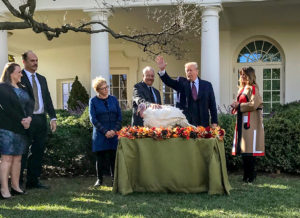 Jeff and President Trump during the turkey pardoning ceremony

Ruben and a friend drove the turkeys to the White House in an SUV following a send-off celebration in Huron. Jeff flew to the occasion with his family, including his wife, children, grandchildren, and 88-year-old father. Upon their arrival in Washington, Peas and Carrots enjoyed a bit of pampering during their stay at the Willard Hotel, where the average room costs about $500 per night. Ruben and Jeff guided the birds through multiple press conferences and media events before both were pardoned by President Donald Trump at a nationally televised ceremony at the White House Rose Garden. Jeff says, “It was a blast. There’s always concern about the turkeys doing something like flying off or running away, but they did really well.” After their pardoning, both Peas and Carrots moved to Gobblers Rest in Virginia, a home where the two celebrities can comfortably live out the rest of their days.

So was this an important moment for our state’s turkey industry? Jeff says absolutely. “We’ve been raising turkeys in South Dakota for a long time and opened our own turkey processing plant in 2006. This event has been going on for 71 years, it’s the first time we’ve gotten to do it, and it probably will be quite a few years until we get to do it again.” // –Jenny Roth