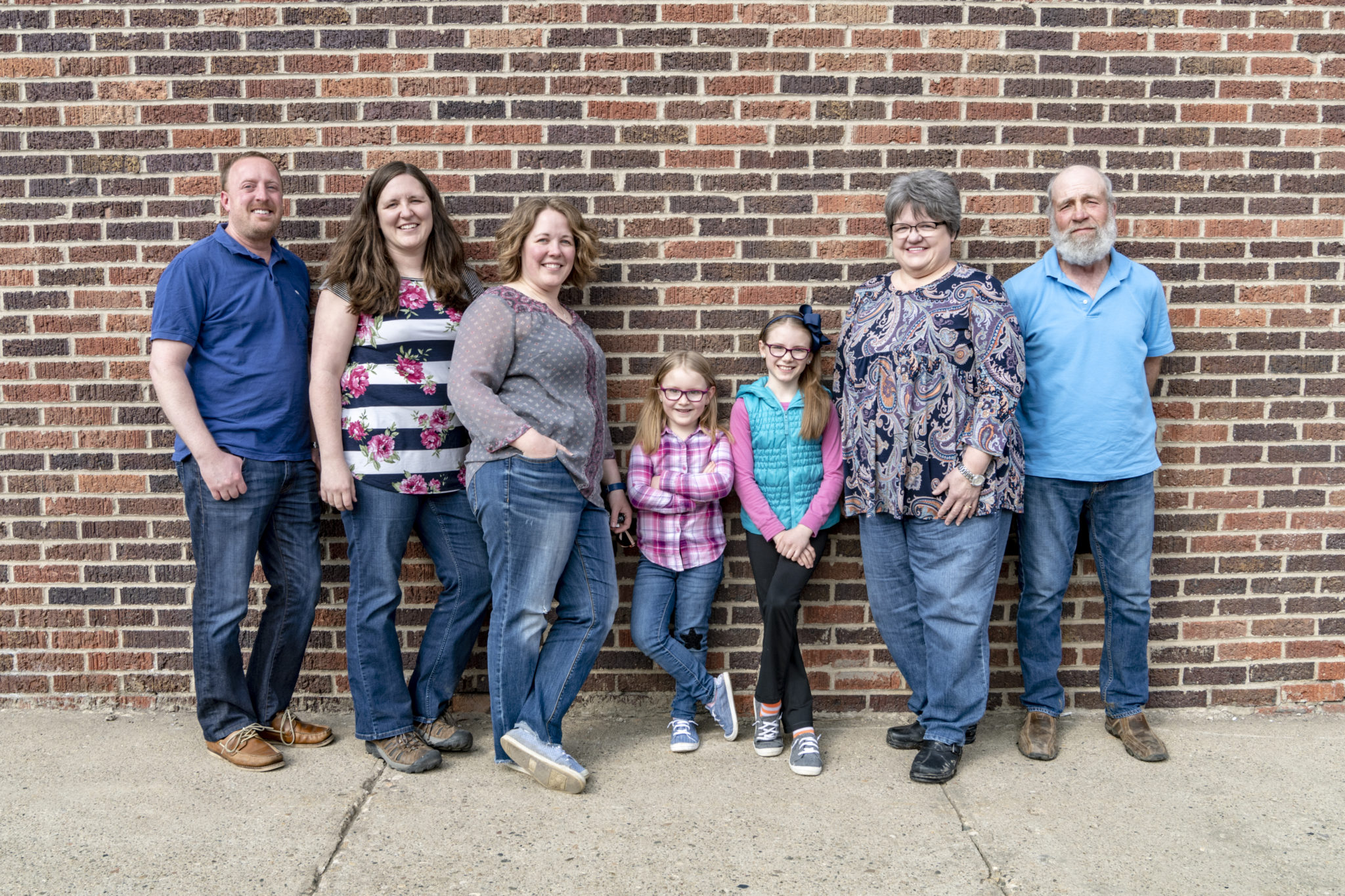 The pigs at Bumpy Road Ranch have names. They spend most of their time outside, rotating to different pastures, and have apples, pumpkins, and plenty of greens in their diet. Some enjoy a back scratch while they eat their dinner. One loves eggs, so Amy Crawford, a steward at the farm, makes sure to put a couple in her pocket when she goes out to do chores. It’s a good life for these animals who, contrary to how it sounds, aren’t being raised as pets, but for their meat. Amy acknowledges that to some it might seem strange to hear about having this kind of close interaction with one’s food. For her family, though, it is a way to respect both nature and the animal’s life. “We decided that if we were going to eat meat, then we wanted it to be raised this way. When you put so much time and energy and love into raising something like that, you don’t want it to be a waste of your time and energy and you want to make sure that animal’s life meant something.”

Amy is a third-generation farmer at Bumpy Road Ranch, the farm her grandparents, Dale and Marjorie, founded in the 1940s just seven miles outside of Aberdeen. She and her two siblings grew up there while her grandfather and dad cultivated cattle, pigs, and small grains over the years. When her grandpa retired, Dave, her dad, eventually sold the livestock and put the farmland up for hay and for rent. Then in about 2014, Amy says she was looking to move back to the Aberdeen area after having been away for close to 15 years. It happened that at this same time Dave, an avid researcher, had been looking into heritage breed pigs, and her sister, Kayla, was trying to eat more locally-produced food. “We had a big garden on the farm, and my sister had convinced my dad to get chickens so she could have her own eggs,” Amy explains. “I had always loved going to farmers markets and was hoping to do something different, so I told my dad if he wanted to get some of these heritage breeds I’d help out and help educate people about them.” With that, they purchased their first heritage animals: five Mangalitsa pigs. Their farm has since grown to include meat chickens and laying hens, meat turkeys, and close to 40 Mangalitsa, Berkshire, and Mulefoot heritage pigs.

You might be asking, why raise heritage breeds? Mangalitsas, Berkshires, and Mulefoots aren’t common in this area, and in fact, all three breeds have been close to extinction at one time or another. Bumpy Road Ranch chooses to raise these types of animals for a few reasons. For one, they are all known to be friendly. “We can be around them, even the mothers during farrowing time, without worrying about them hurting us,” Amy says. And while they have smaller litters, grow more slowly, and therefore have less turnaround compared to pigs in mass production, Amy says the flavor of the final product, and preserving the breeds, makes it worth it. “Mangalitsas have really red meat (not white) with a nice, buttery flavor and a lot of white, marbled fat. They’re really sought after by chefs.” Not to be outdone, Berkshires, who are the favorite sows at Bumpy Road Ranch because they are good mothers who raise a lot of healthy pigs, also have a good quantity of quality bacon. Amy says, “What we feed them is really important. We don’t feed them any corn or soy, and we grind our own feed or purchase it from people in the area who grow non-GMO feed. This keeps the meat tasting like pork and keeps that nice fat in the pork, instead of a hard, yellow rind.” She adds that environment affects taste. “We rotate them to different grassy areas, they don’t live on concrete in a building. That makes a difference in taste too and helps control disease. We haven’t had to vaccinate anything. Just like eating a lot of greens is good for our own bodies, we believe that’s good for the pigs too.”

Everyone in the Crawford family plays a role in making Bumpy Road Ranch operate. Dave does much of the day-to-day animal care and farm chores, as well as the research. Amy takes the lead in marketing the product by interacting with customers at the farmers market and telling the farm’s story. She also helps Dave with animal care. Kayla, who lives in Aberdeen with her husband and two children, maintains the business’ website and helps at busy times like on chicken butchering day. Their mom, Barb, picks up orders from the butcher and delivers them to customers. Amy’s fiancée Jarrett also helps with chicken and turkey butchering. Even though the family has been on the farm for years, Amy tells stories about how they’ve learned and grown in efficiency since acquiring chickens and heritage pigs. The first time she and Kayla butchered chickens, it was a matter of pushing play on Youtube, watching a how-to video for a few seconds, hitting pause, and then trying to mimic what they saw. “We were outside, my sister had a bird in one hand and her phone in the other. I think it took us all day to butcher only a few. We had 50 chickens and I remember thinking, ‘Oh my goodness it’s going to take us all week to butcher all of these!’” But they read a lot of books, talked to a lot of other farmers, and kept going. Nowadays, they can easily clean 50 to 60 birds in a single day.

This will be Bumpy Road Ranch’s fifth season at the Aberdeen Farmers Market. They also have their pork for sale at Natural Abundance and take custom orders for anything from a whole pig or a half to a roast or a few pork chops. Amy says there are people who come through the farmers market that haven’t yet heard of them, and that she answers a lot of questions about their prices. “People will say, ‘That’s more expensive than the pork I can get at the store,’ and that’s true, but it isn’t the same quality and it isn’t the same product. I truly believe with my whole heart that we are selling a top of the line product that is better for you and better for the environment.” In the future, the ranch wants to keep partnering with more local vendors. Amy also works as a co-manager at Natural Abundance. This summer you’ll be able to find her serving Bumpy Road Ranch pork from the co-op’s food truck, a job she is definitely looking forward to. “It says Bumpy Road Ranch on the side of the truck, and I get to cook meat that I raised and serve it to people. When we first started this, I told my grandpa that we might even have our pork in restaurants, but I didn’t know at the time that it would be a food truck I was running that would serve the meat. I think that’s really cool and I’m proud of that.” // –Jenny Roth

To learn more about Bumpy Road Ranch, go to
www.bumpyroadsd.com or find them on Facebook.